During Sunday’s American Music Awards, a look-back trailer of Star Wars debuted and it was full of great nostalgia and behind-the-scenes bits of visual glory!  Part of the short trailer showed a first look at superstars Ed Sheeran and Lin-Manuel Miranda in costume.  Although it has been rumored that the two had small parts in the upcoming Rise of Skywalker, images of the pair in costume have never been revealed until now.

The ‘Special Look’ is full of all the feels, but it’s contents are full of some cool images.

This first image shows Miranda as a resistance fighter in Rise of Skywalker. 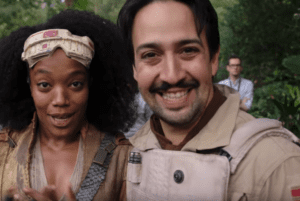 The next image reveals that Sheeran dawns the armor of a Stormtrooper. 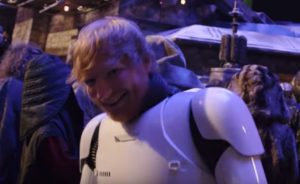 Watch the Star Wars ‘Special Look’ below and let us know what you think in the comments below.  It certainly has us excited about the upcoming film and anticipating that we’re probably going to cry an ocean of tears when this saga is over.