Magic Jump’s official STAR WARS Millennium Falcon Hyperspace Jump Experience is the most unique inflatable attraction in the galaxy — and it’s unlike any playland, combo unit or obstacle course ever seen before. It’s an inflatable version of the Millennium Falcon, the legendary spaceship in Star Wars made famous by Han Solo and Chewbacca for its many adventures…and for famously making the Kessel Run in less than 12 parsecs.

“The exterior features a comprehensive application of the actual graphics of the Millennium Falcon’s armored hull, while the interior contains iconic features seen in Star Wars movies. Passengers will encounter a Chewbacca inflatable as they enter and an R2D2 inflatable replica and C-3PO graphic as they jump their way around the ship. 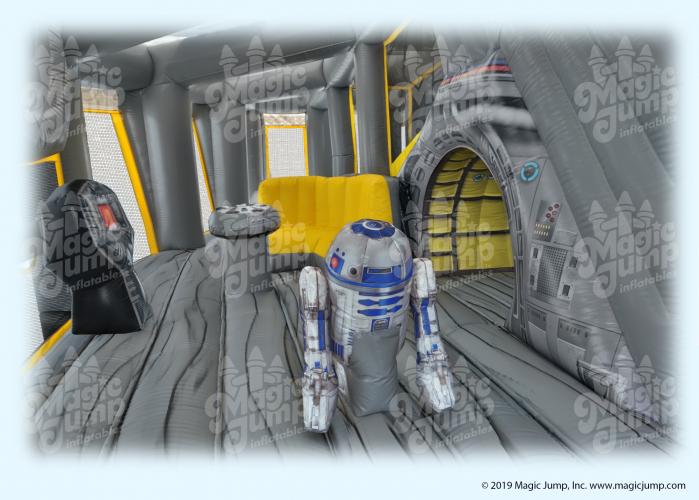 Passengers will feel the rush as they imagine piloting the Millennium Falcon like Han Solo and Chewbacca as they explore the cockpit area; pretend to operate the cockpit’s master control panel with its gears, switches, and buttons; and eject themselves down a small slide. In the main cabin, they’ll come across inflatable pop-up obstacles such as a bunk, storage container, and holo-map where they can see a holographic-like rendering of the Death Star. 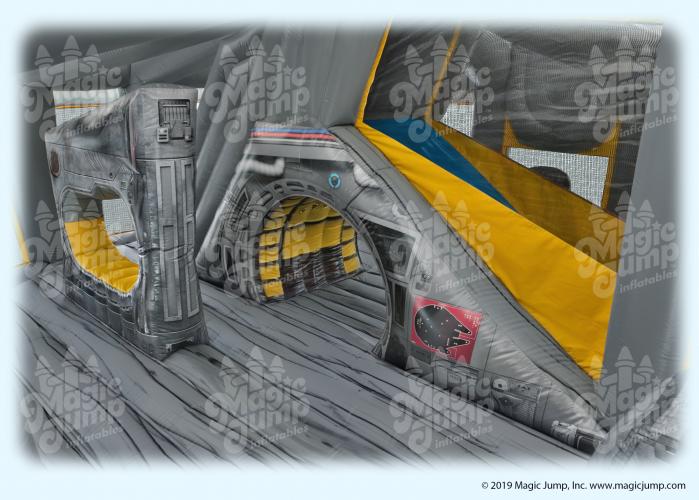 Passengers can step up to the laser cannon turret where they can pretend to defend against Imperial forces, and they can also pretend to play dejarik at the hologame table. The pièce de ré·sis·tance is the climber/slide in the center of the ship with ceiling hatch graphic showing explosive battle with a Star Destroyer and TIE fighters.”

What do you think of this massive inflatable? Let us know your thoughts in the comments below!