Lucasfilm has been on a hot streak lately with their Disney+ streaming service releases. Major installments into the Star Wars universe like The Mandalorian, The Book of Boba Fett, and Obi-Wan Kenobi have been released by the studio.

The Mandalorian has been the franchise’s biggest success in a long time, and it has expanded the Star Wars universe even further by featuring Luke Skywalker (Mark Hamill) and Ahsoka Tano (Rosario Dawson). It was just announced that Ahsoka Tano will have her very own spin-off series called Ahsoka! Season one is already in production.
Dawson recently had a chat with ComicBook.com and she was asked if it was more uncomfortable wearing Ahsoka’s makeup or the leather outfits from Sin City.

“Up until the last final week because it wasn’t until the last week that we didn’t use the leather strap in the front. We used elastic. I could actually bend my legs so you could sit. Because otherwise I couldn’t sit in that outfit. It was crazy.”

Although you would think Ahsoka would be prominently featured in Star Wars Rebels given that other characters from the series are, it turns out she will have no connection to the animated show. In fact, according to Dawson’s recent revelation, Ahsoka will exist independently from Rebels. 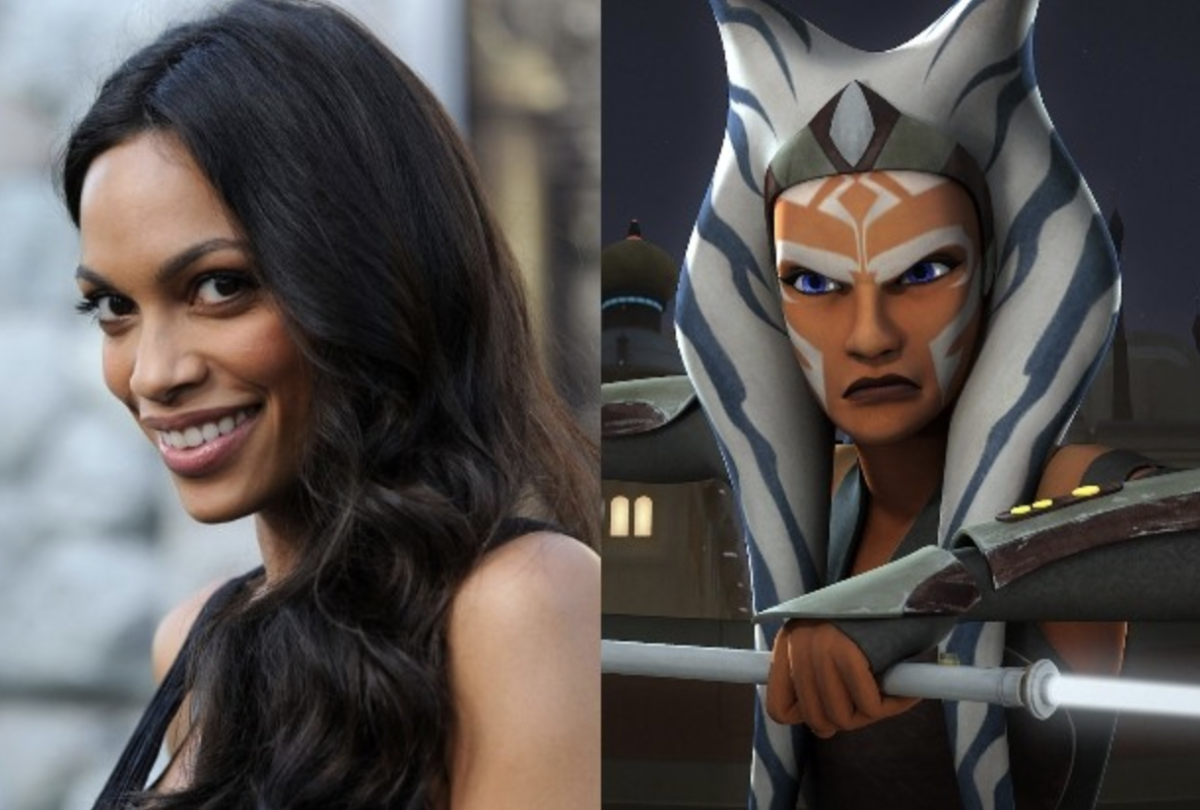 “Dave and Jon [Favreau] are continuing Star Wars in a way where it can be standalone, but it also makes you hungry for more… there have been two instances where [Ahsoka] shown up on a mission, you see how she’s interacting with folks, but you don’t really get her, per se. Even fans who’ve lived with her for so long don’t know where she’s at now in this journey.”

The next Star Wars series to premiere on Disney+ will be Andor, which will be followed by a second season. Diego Luna reprises his role as one of the most fascinating characters in the Star Wars world, Cassian Andor, in this next installment. After watching Andor, you’ll struggle to believe that Rouge One: A Star Wars Story was made possible, according on Brandon Davis’ interview with its lead actor at Star Wars Celebration.

“The only thing I can say is you’re going to see where he was five years before Rogue One, and you’re not going to believe Rogue One was possible,” Luna told us the goal is to see a transformation and an awakening. “I wish I could tell you more, but it’ll all be revealed on August 31st. But it is about that, and it’s also about how much we’re all capable of change and transformation. And that’s the beauty of storytelling. It’s not often that you know the outcome before even beginning, but in this instance, you do. The events that occur are not as important as the reasoning and thoughts behind them.”

Even though we’re on a very massive spy adventure series, we’ll be able to have intimacy. You’ll plunge into the protagonist and his surrounding cast. This promises to be an interesting, dark and fun take on the current landscape – something different that will get you thinking.