The most memorable scene in Revenge of the Sith is now being analyzed by Star Wars fans.

To those who saw Revenge of the Sith in 2005, how did you react to this moment?” This still photo of Padmé Amidala (Nathalie Portman) and Anakin Skywalker (Hayden Christensen) was shared by Star Wars Reddit user Skibot99.

In the scene, the pregnant queen confronts her husband about his mentor Obi-Wan Kenobi‘s fears that Anakin has fallen to the Dark Side. She is shocked to discover that he has become far more sinister. Anakin is suspicious of Obi-Wan, dismissive of their bond’s strength, and preoccupied with increasing his powers. 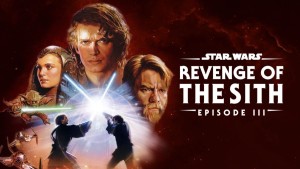 Padmé hears Anakin rationalize his violence with huge objectives and faulty claims that his actions are for her benefit, and she discovers that the individual she loves has become a stranger. As Anakin recognizes Padmé doesn’t share his vision for galactic dominance, he grows increasingly suspicious. It becomes obvious quickly that his desire for power isn’t about her at all.

The only thing that matters to Anakin is his loss of control of the situation and the fear it generates in him. This incites Anakin to violently assault Padmé, and he uses his abilities to strangle her with fury. Obi-Wan stops Anakin childishly blaming him for his violence.

The final showdown between Anakin Skywalker and Obi-Wan Kenobi is one of the most dramatic in the franchise, and fans have a lot to say about it. The Lazy Archer felt that Anakin’s fall from grace should have been more gradual. 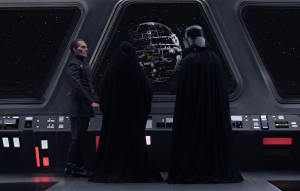 It caught the attention of a Redditor when he or she was an kid and perplexed him or her because Anakin had used Padmé as an excuse to turn to the Dark Side in order to give himself entirely to evil, only to then deliver a deadly blow.

TheTheDarkLordofAll17 described the scene’s pathos, identifying with how Padmé’s devastation and disappointment led to her tragic end.

jesse7412: The emotional impact of the scenario was a life-changing experience for him.

The writing and character development in the book were praised by Theodoridis et al. As a Greek drama, Anakin’s tale was described as a tragedy by ElBurritoCarlito. 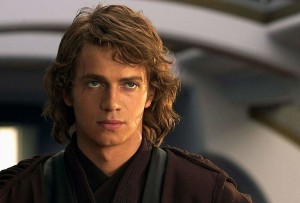 The sequence also served as a backstory for Anakin’s fall to the dark side. It was tasked with explaining how someone could turn their heart to stone and shut themselves off from love and compassion. Some claim that because Anakin never learnt to deal with his mother’s death in an appropriate manner, he was doomed to repeat it throughout his life. Anakin deceived himself into thinking that his omnipotence might protect him from additional suffering in a childlike manner, to cope with his unreasonable fear of losing his wife the same way he had lost his mother. He foolishly surrendered to dread at the expense of logic.

The complete six-episode saga of Star Wars: Revenge of the Sith is now available to watch on Disney Plus.