Lucasfilm has had a difficult time recently with some of their movies, including Solo: A Star Wars Story and even Star Wars: The Rise of Skywalker.

The release of Star Wars: The Rise of Skywalker was plagued with problems, with some die-hard fans disavowing the film as the conclusion of the sequel trilogy.
Oscar Isaac and John Boyega have repeatedly spoken out about their issues with the studio during their time filming, with the latter even going as far as saying he wouldn’t return to the franchise. On the subject of Star Wars: The Rise of Skywalker, Boyega is now speaking up regarding J.J. Abrams forcing storylines into the film Boyega discussed the director’s choices in a new interview with MTV‘s Josh Horowitz.

“It was a discussion from VII that was kind of brewing, because you didn’t know which way it was gonna go, right? And then VIII went in another direction,” Boyega revealed “So I think with VIII going in another direction, when you’re bringing someone to the third, they have to kind of like appreciate what’s happened in VIII and then still try and make a narrative of it. And JJ [Abrams], I mean JJ really wanted– Force Awakens is the movie that JJ directed, he was kind of pinpoint plotting a trajectory. But obviously with the different creative differences in the middle and then getting to the third, it’s kind of like he still wanted to you know just force it in there, just squeeze it in there.” 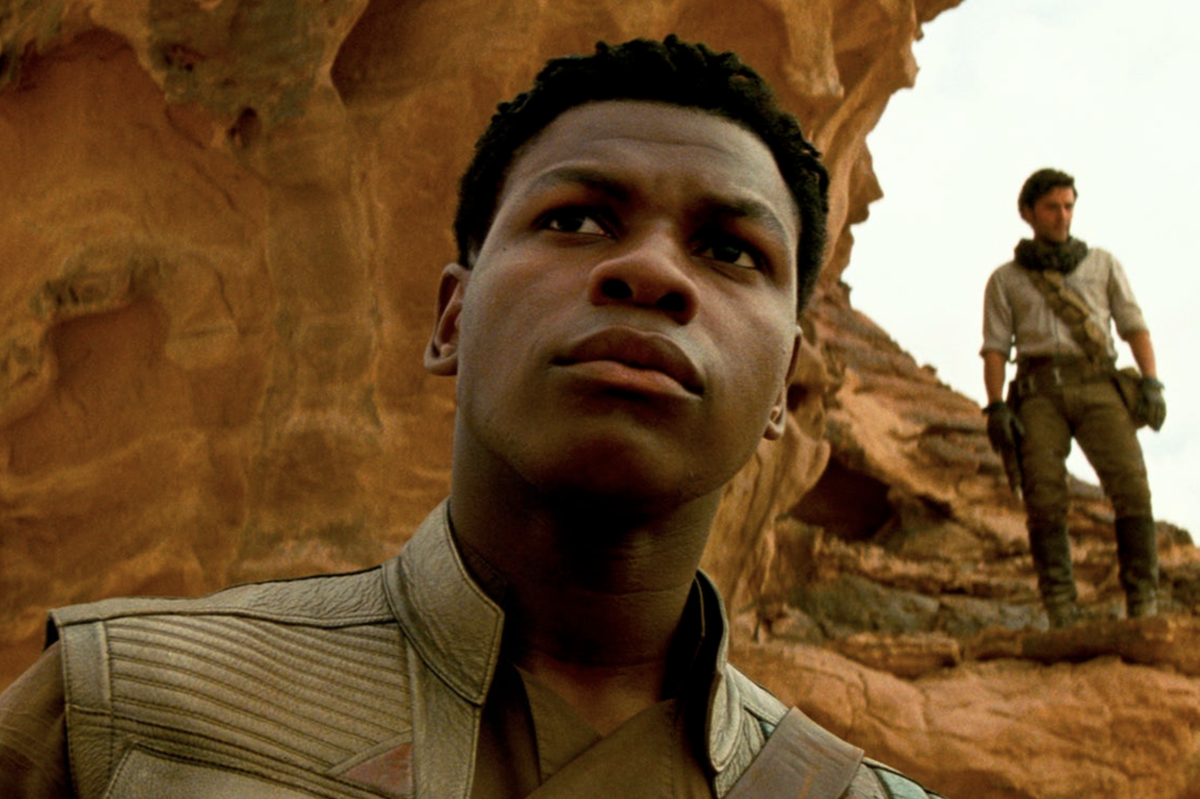 “JJ [Abrams], by the way, and I’m not saying this to be gracious, but JJ wanted—I mean, JJ directed the film; he was kind of focused on a course.
However, with the varying levels of creativity in the middle, it seems like he was just trying to fit it in there without putting much thought into it.”

“So that’s where you get the moment between Finn and Jannah, and Jannah asks him, ‘How do you know?’ And he just says, ‘It’s a feeling.’ He just had to get something in there that told you why there was a Stormtrooper who held his own long enough against a Sith… or Sith wannabe to a certain extent, you know, [with] Kylo. So it was interesting you know that when those talks were coming in the first stage. And I thought, obviously, you know, you get the lightsaber, you start swinging, and defending, and I’m like, ‘Nah… Yeah, yeah… last time I checked, you can’t even just swing that you know a certain type of way. When Han was holding it briefly, what did he do? He held it to like get the locks off or something. It was like manual labor. But you know, you’re just using it to defend and you know, you defend your friend, you must have something in you. But you know, who knows if maybe down the line, they have like a younger actor or whatever, and they try to expand on Finn. Who knows if we get that. You know, we get to see like what what is it about this dude that made him so special.” Boyega added.

What do you think about John Boyega’s comments?