We are less than a week away from the launch of Batwoman’s second season. The show is set to return on January 17, 2021 and will feature a brand new Batwoman! Javicia Leslie will be the new Crimson Knight! There’s been a lot of talk in regards to what Batwoman would look like this season. With Ruby Rose’s, and thus Kate Kane’s departure, people have been wondering who else might not return. All the main players seem to be making a come back though, along with some surprising additions such as Black Mask. Now, a behind-the-scenes photo from Batwoman seems to indicate one character who was dead could be returning.

We don’t know for sure in what capacity this character will return, but the odds of him being alive are in doubt. If you don’t want spoilers now would be a good time to turn back. 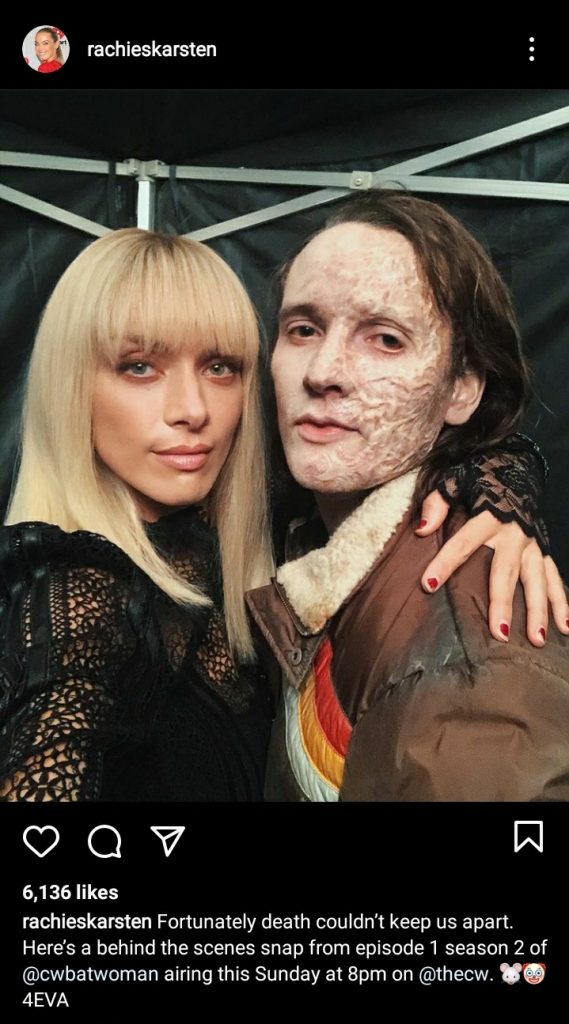 Rachel Skarsten posted this behind the scenes photo of her with costar Sam Littlefield! As I mentioned above we have no idea what this means for the show! It is highly doubtful that Mouse is alive though. It is far more likely that Mouse will show up as either an illusion. There is also the great potential that he could show up in some of the flashbacks. We will, presumably, be getting flashbacks to Alive meeting Safiyah, and Mouse could very well have been present for that. It’s crazy to think that Mouse might not be dead.

The odds of this being an incredibly huge plot point are slim-to-none, though. Why do I say that you may ask? Well, if it were that big of a spoiler it’s unlikely that Skarsten would have been allowed to post this photo. Maybe I’ll be wrong though.

I guess I’ll be proven either right or wrong. With less than a week away it’s doubtful we’ll have to wait very long to see what’s going on and why Mouse is back. Hopefully he doesn’t give our new Batwoman too much trouble!

Home » News » [SPOILERS] Might Not Be Dead In Batwoman!