The rebranding of Disney’s Splash Mountain is finally happening. In early July, Disney declared a formal name change for the well-known ride. The ride formerly known as Splash Mountain will be renamed Tiana’s Bayou Adventure from 2024 onward.

The popularity of Princess Tiana from “The Princess and the Frog” has led to a name change for Splash Mountain. In late 2024, Disneyland and Walt Disney World’s Magic Kingdom will both be dubbing the ride Tiana’s Bayou Adventure. The updated attraction will take guests through Louisiana bayous with accompanying sounds and smells while Princess Tiana, Naveen, and alligator Louis prepare for Mardi Gras festivities.

It’s a “love letter to New Orleans.” Charita Carter, executive producer of relevance activations at Walt Disney Imagineering, says of Tiana’s Bayou Adventure. “Like the musical city that inspired this attraction, Tiana’s second act is about a community working in harmony to achieve something extraordinary. She reminds us of an immutable truth we can all relate to: ‘if you do your best each and every day, good things are sure to come your way.’ And that’s a melody we can all sing along to!” 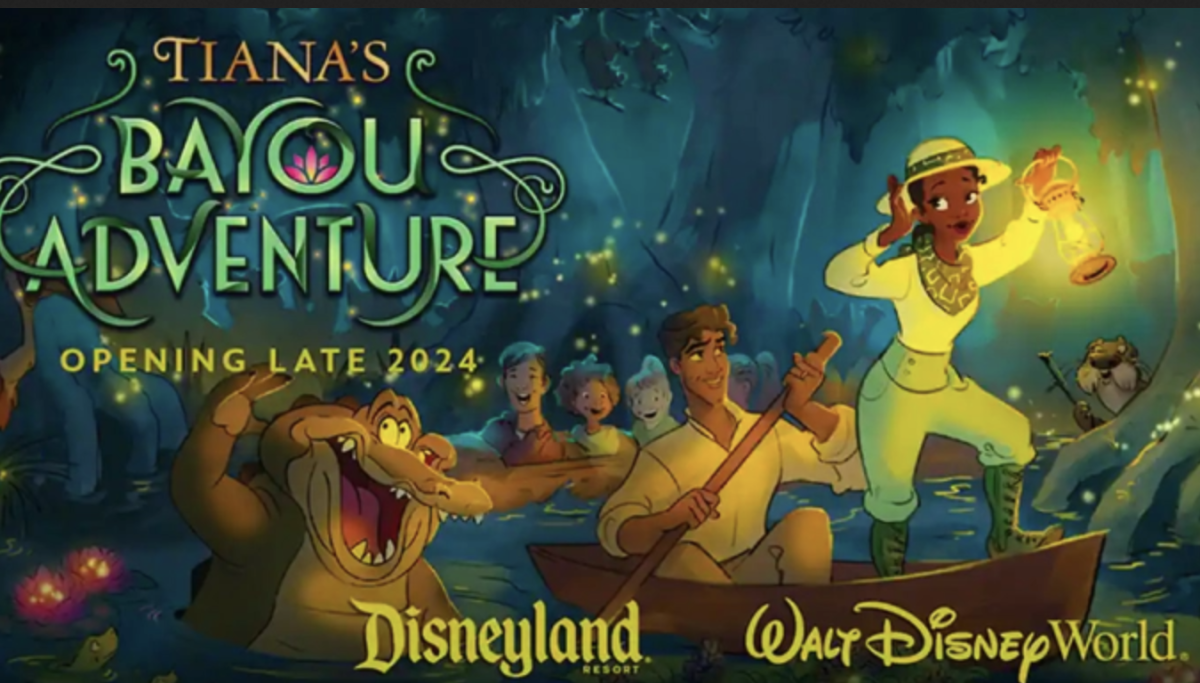 Although it was always clear that The Princess and the Frog would eventually take over Splash Mountain, an official announcement with the new name has only just been made.

In June 2020, Disney revealed that Princess Tiana and her pals would be featured in a large way at both Walt Disney World and Disneyland.

It’s wonderful to hear that Disney will add new scenes and songs to the animated film, which was released in 2016. It’s fantastic to learn that Princess Tiana’s presence in both Disneyland and the Magic Kingdom will be fully realized!

The company decided to re-design Splash Mountain because of the racial stereotypes and discrimination in the older movie it is based off of, Song of the South from 1946.
After the Civil War, the film has come under fire for romanticizing life on a Southern Plantation. However, it does not make any explicit references to its history.

Despite the fact that the movie is infamous for its on-set death, Disney has continued to utilize “Zip-a-Dee-Doo-Dah.” which won an Oscar. Going forward, it appears as if they’ll be taking a page from The Princess and the Frog.