Mysterio has hardly been cause for speculation thus far. There have been far crazier rumours surrounding No Way Home thus far, and people are far more interested in those. For example, the return of Andrew Garfield and Tobey Maguire would be way bigger than a Mysterio comeback.

The rumours have primarily focused on the return of the previous Spider-Men. Especially since we know at least one old foe will be returning to duke it out with Spider-Man once again. Alfred Molina as Doctor Octopus is already confirmed for Spider-Man: No Way Home.

He revealed it himself, on a talk show. Apparently, Kevin Feige wasn’t super happy about that fact though, and we can understand why. Marvel is doing their best to keep this one as secret as possible!

Some of the “leaks” have claimed the film will feature a Sinister Six pulled across the different Spider-Man films. That would mean villains would join forces from across different universe’s. It could work, provided they do it well. After all, the returning villains wouldn’t need any set-up, at least in theory. 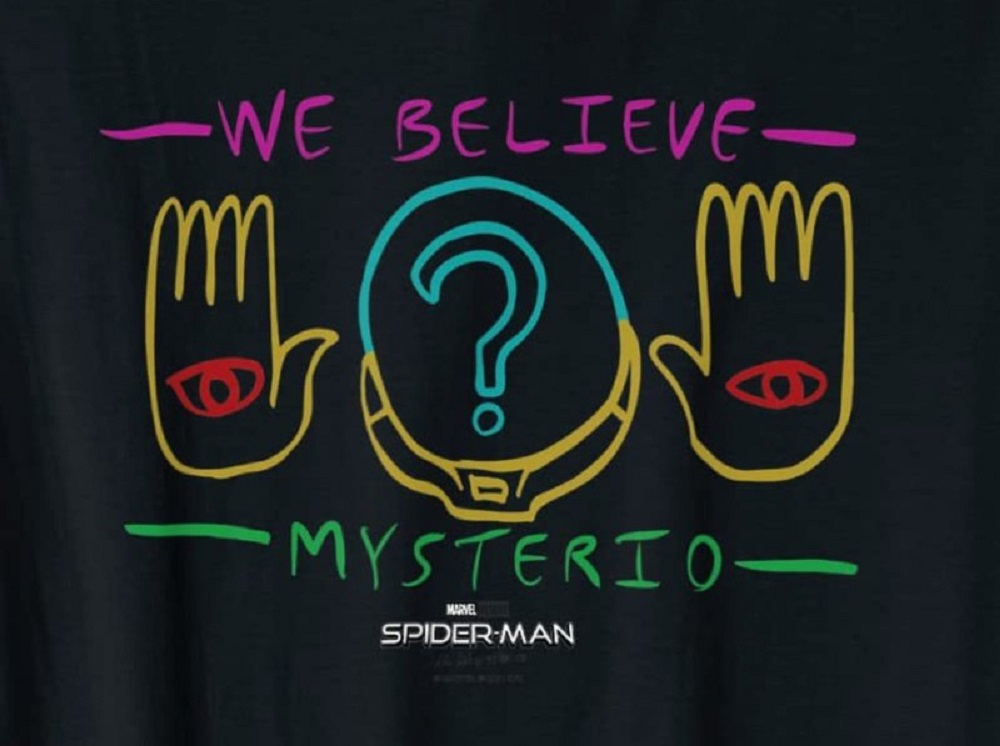 It looks like a shirt if you ask me. It might resemble a shirt people are wearing in Spider-Man: No Way Home, but we can’t confirm that until we see the film. The prevailing theory is tied to Peter Parker being a wanted fugitive.

Some people may be more inclined to believe that Peter Parker isn’t so innocent. These shirts could be something the people who support Mysterio wear, so Spidey might be in a spot of trouble.

Would you buy this piece of Mysterio Merch given the chance? Let us know in the comments.

Look forward to Spider-Man: No Way Home swinging into theatres this December.