Spider-Man has a rich history full of heroes and villains that fans absolutely adore. Well, a fan-favorite character looks set to come out for Pride Month and we think the internet might freak out about it.

Or hey, maybe the fans will all collectively be cool about it. The internet is known for keeping everything civil and calm, aren’t they? Then again, since it’s a female character they might be more receptive to it. That tends to happen, which is completely stupid by the way.

Marvel is doing a ton of things to celebrate Pride Month. An LGBT-centered comic titled Marvel’s Voices: Pride will be focused on LGBT characters.

There are also some cool-looking variant covers coming from Marvel! Not only are these covers cool but they feature awesome characters like Wiccan, Northstar, and Mystique.

We’re here to talk about a Spider-Man character though, one that fans have loved since before the series even hit 200 issues! We’re talking about The Black Cat, Felicia Hardy.

Black Cat currently has her own ongoing series, and issue #7 came out just yesterday! The current arc is about Felicia and the New York City Thieves Guild. This mysterious organization of thieves is led by Odessa Drake.

Odessa and Felicia have had a rocky relationship. Felicia hasn’t always been on board with Odessa’s more villainous methods. Felicia has shifted between friend and foe but has never really been that bad.

Here are some pictures showing Felicia and Odessa kiss, which absolutely confirms the Black Cat’s bisexual status. There have been hints dropped previously, but this is the first solid confirmation. The pictures were gotten via BleedingCool.com 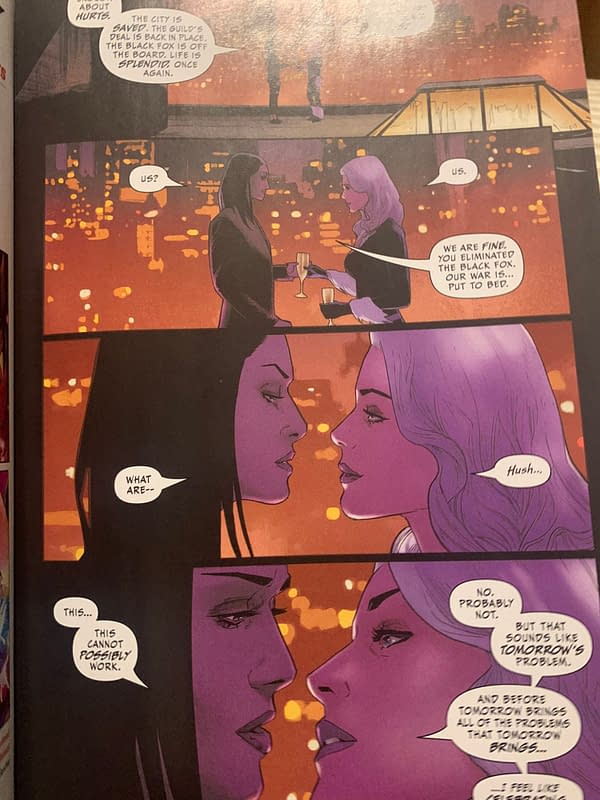 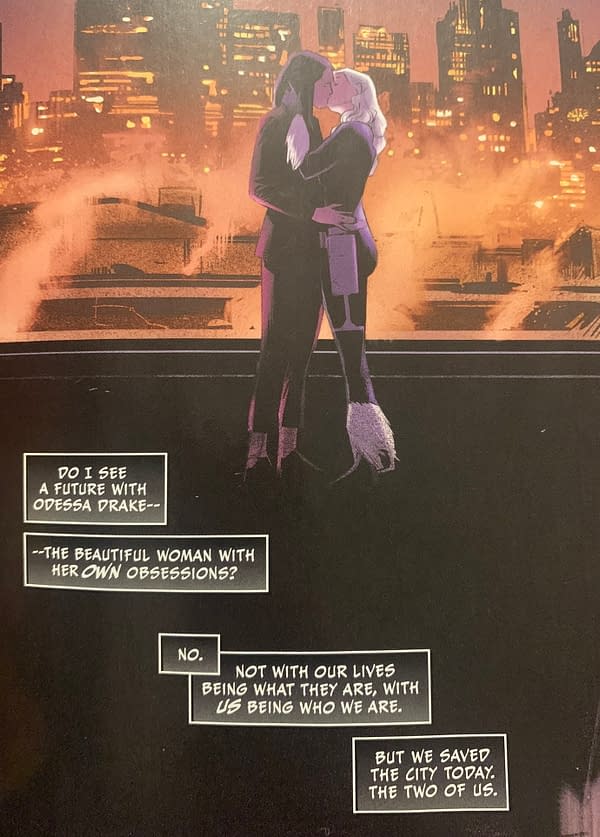 It seems like Felicia doesn’t see her and Odessa getting married anytime soon, but that’s okay. A fun fling has always suited the Black Cat more, if you ask us. And who knows what kind of awesome stories can come from this pairing?

Hopefully, Black Cat can be happy for a few issues. There you have it. Black Cat is the fan-favorite character who looks set to come out for Pride Month!

What do you think? Let us know in the comments!

Home » Comics » Spider-Man: A Fan Favorite Character Looks Set To Come Out For Pride Month… The Internet Is Going To Go Crazy!