On October 1st Converse released a special edition Batman Chuck Taylor All Star Collection to celebrate the 30th anniversary of The Dark Knight Returns comic series by Frank Miller.  There are two limited edition shoe styles available for purchase and they both look absolutely incredible. 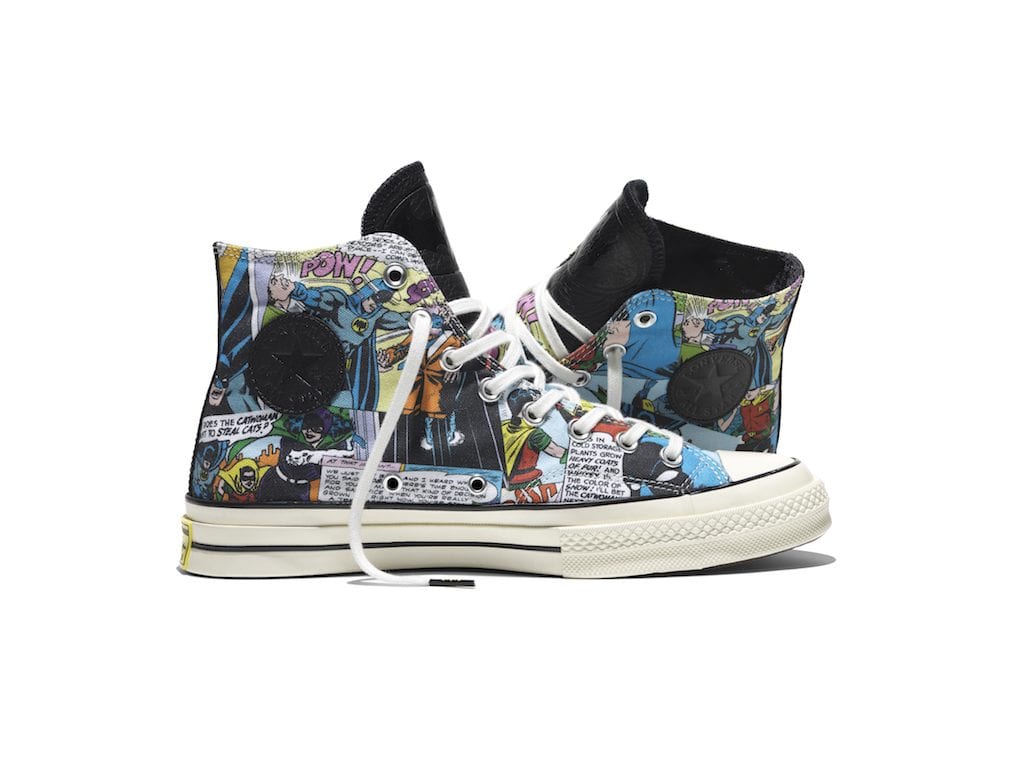 The first style looks like the shoes were ripped right out of the pages of Batman Comics over the last 77 years as they bring the characters to life on your feet.  With large comic book words, conversation bubbles, and characters in battle – you almost tell a story as you walk with these shoes on your feet, and it’s one of the best in comic history.

The second style is a sleek black shoe with a leather finish look with the batman symbol embossed in shoe as well as many flying bats.  This style isn’t as vibrant and bold but it is a must have for Batman fans and will inevitably go down as one of the most desired Converse shoes ever produced. 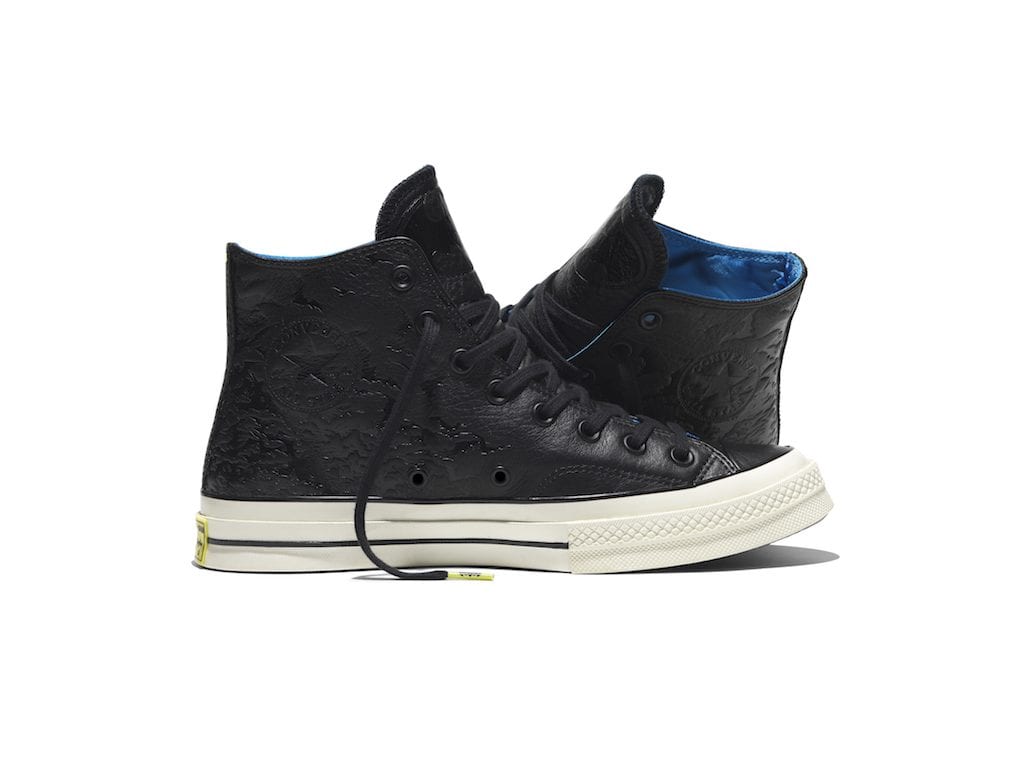 Both shoes have a Batman logo on the tongue, a glow-in-the-dark collectible tag and an outsole with an archive print story underneath, with archive artwork also found on the sock liner.  The converse all-star logo is also printed on both shoes.

The ’70 DC Comics Batman High Tops are available now at Converse stores, specialty retailers, as well as online at Converse.com and with the staple Batman has in the hearts of comic book and pop culture fans, these are bound to sell out soon so make sure to purchase yours soon. 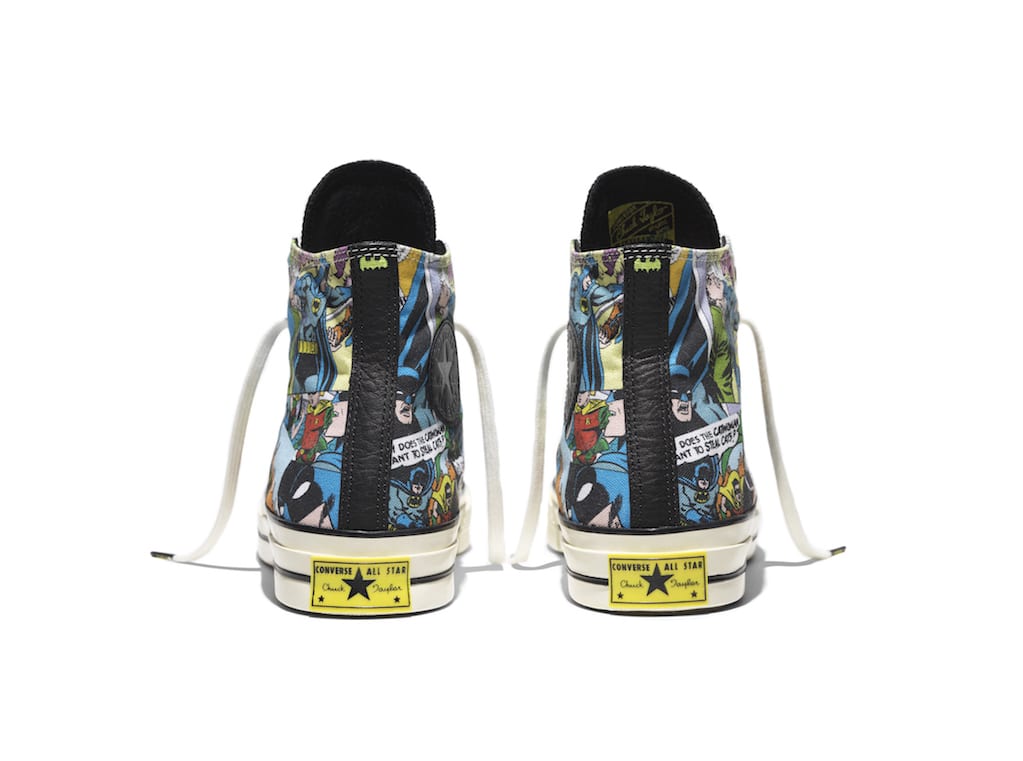