26 years after ‘Sonic the Hedgehog’ came racing into our hearts in 1991, he will soon be racing into a theater near you. Paramount Pictures has snatched up the movie rights to the most popular Sega video game which sold more than 360 million copies.

After a turnaround with Sony Entertainment, Paramount signed Neal H. Moritz on as the producer on this project. Much of the same team that Sony had in place will remain with a few additions. Director Tim Miller who directed ‘Deadpool’, as well as Toby Ascher, will be the executive producers while Dmitri Johnson and Dan Jevons will be on board as co-producers. Jeff Fowler will be making his feature directorial debut with this film. Fowler wrote and directed ‘Gopher Broke’ which was a 2005 Academy Award-nominated animated short. 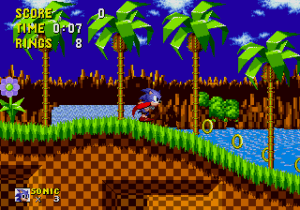 ‘Sonic the Hedgehog’ will be a blend of live action and CGI animation tale about Sonic and his friend’s Tails and Knuckles who spend their days trying to ruin the plans of supervillain Doctor Eggman Robotnik and collect as many items and points as they can. Sonic has become one of the most recognizable icons in video gaming history. ‘Sonic the Hedgehog’ is slated for release in 2019.

Home » Movies » ‘Sonic the Hedgehog’ Races to the Big Screen