We all know that Jurassic Park is about dinosaurs that were brought back to life and escaped from their enclosure. We also remember how scary the dinosaurs were.

What if these movies were even more terrifying? What if Jurassic Park was Purrassic Park? 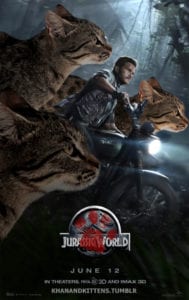 Well take a look at these images from the films and see for yourself if they are any scarier when the dinosaurs are replaced with cats. 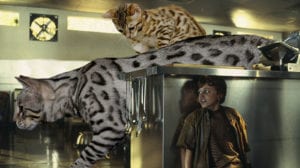 Can you imagine being stuck in a kitchen with a couple of ferocious felines or being trampled by a clowder? 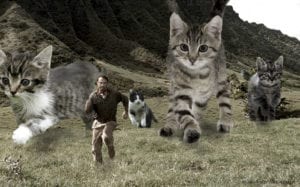 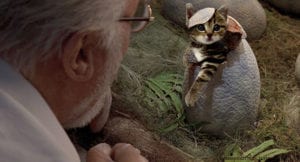 They are adorable when they’re babies, though. Then they grow up to giant fluffy balls of terror. Keeping a ball of yarn handy will help fend off the felines. 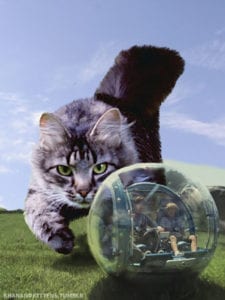 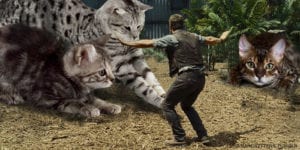 Disciplining the younger ones, is quite a task. They run and jump and climb all over everything. If you don’t keep an eye on them, they can get into mischief. 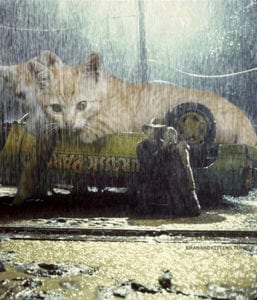 Did you think these photos were scary, or cuddly? While cute and cuddly when they’re normal sized, I doubt a 100 foot tall cat would be. But all the same, these photos are funny and I’d kind of like to see a Purrassic Park happen.

Everything is better with cats

Home » Fandom » Someone Recreated the ‘Jurassic Park’ Franchise with Kittens