‘Twas the night (and several months) before Christmas
when we were caught off guard
about a new Christmas book
based on Die Hard..

Terrible attempts at poetry aside, this is not wishful thinking. After decades of debating whether it’s a Christmas movie or the greatest Christmas movie, Die Hard is FINALLY getting an illustrated (not so) children’s book.

A collaboration between illustrator J.J. Harrison and comedian Doogie Horner, A Die Hard Christmas: The Illustrated Holiday Classic is being published by Insight Editions and is set to be released in October. The Press Release reads:

Complete with machine guns, European terrorists, and a cop who’s forced to rely on all his cunning and skills – and the help of a fellow officer – to save the day, this humorous storybook is the perfect gift for any Die Hard fan. Filled with clever illustrations and an irreverent story, this cleverly reimagined homage is sure to make readers’ bellies shake–like a bowl full of jelly!

Now despite the entire movie being reimagined in the style of Clement Clarke Moore’s  “A Visit from St. Nicholas,” (aka ‘Twas the night before Christmas), this isn’t really a book for little kids. Now as for adults who are kids at heart, “Yippie Ki-Yay!” The book will be about 32 pages and is pretty faithful to the original story and characters, with some seasonal twists to be sure. 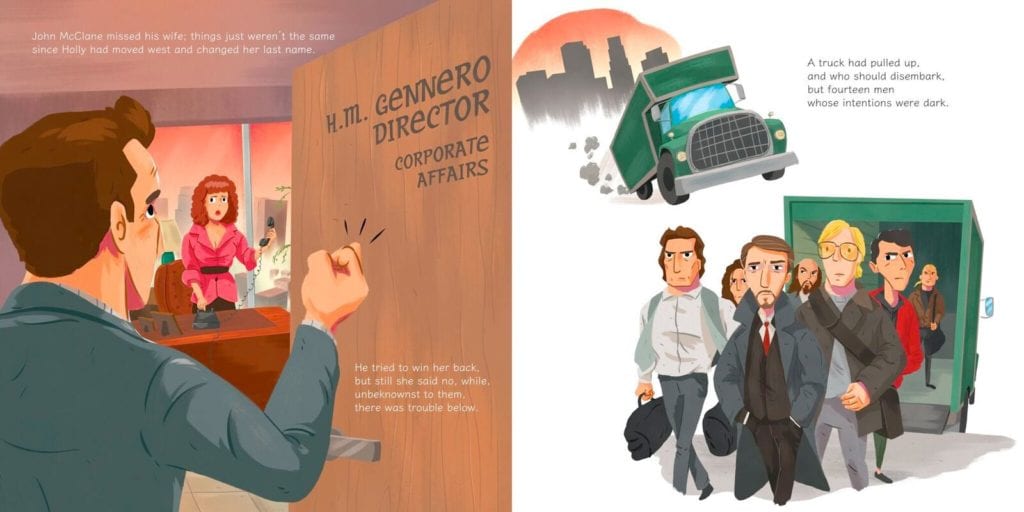 Either way, if you were ever torn about how to spend your Christmas Eve – watching Die Hard or reading a story beside a warm fire with your family – you can now do both! And if you’re someone who doesn’t believe Die Hard is a Christmas movie (apparently they do exist), you can certainly pick this up for one of your loved ones.