Pokemon GO has taken the world, specifically the US, by storm. The game launched Thursday with quite the crazy response. People have walked miles to find their favorite Pokémon.

The game lets you walk around in your environment and find the little creatures crossing your path-ready for battle!

Some people have come across Pokémon in the silliest of situations. One dude in particular found a Pidgey on the hospital bed his wife was giving birth in.

Shouldn’t you be paying attention to this life event instead of playing this game sir?!

Even so, it’s still hilarious. 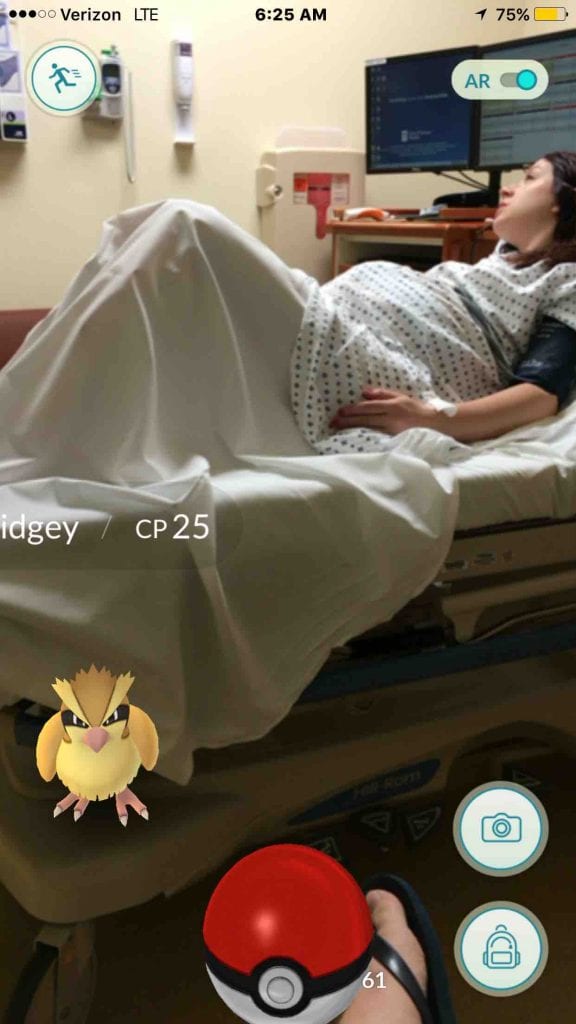 One commenter wrote, “Do you want a divorce? This is how you get a divorce.”