Remasters have become a great way for gamers to catch up on old favorites that may not have caught their attention the first time around and such is the case of Sniper Elite V2 Remastered for me. I never had the chance to play the game when it was previously released in 2012, or was simply unaware of its existence, but I am currently working my way through the campaign for Fan Fest’s upcoming review set to be released within the next few days and enjoying my time with the game. 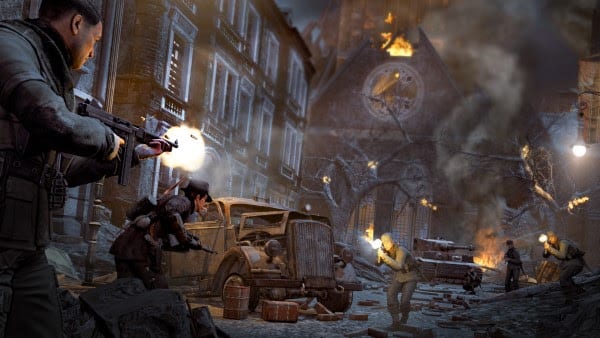 Without the remastered release, I would have never gotten to experience the thrill of sneaking through Berlin at the tail end of World War 2, hunting for targets and escaping incredible scenarios. Sniper Elite is a fun and unique take on the cluttered War genre and deserves a chance to be experienced by a new generation of players.

This remastered version comes courtesy of independent developer and publisher Rebellion and showcases many improvements and extras. 4K and HDR support is standard on the platforms able to handle them, showcasing the games remastered visuals, overhauled assets and modernized rendering.

Set during World War 2 in the year 1945, Sniper Elite V2 Remastered puts you in control of Karl Fairburne, a skilled sharpshooter, on a mission to prevent the Nazi V2 rocket technology from failing into the hands of the Red Army. 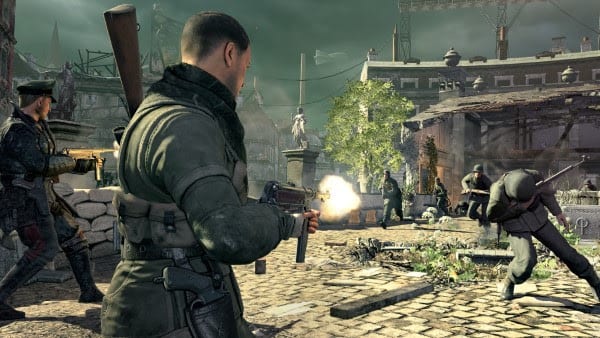 This remastered version features all DLC, including the iconic “Assassinate the Fuhrer” missions, as well as a new photo mode which allows players to pause and move the action frame-by-frame. Multiplayer has been revamped as well and now features 7 new playable characters from Rebellion’s acclaimed Zombie Army series. Additionally, multiplayer has been expanded to allow up to 16 players simultaneously on most platforms, aside from the Nintendo Switch which is capped at 8 players.

You can view Rebellion’s launch trailer below:

Are you a fan of the Sniper Elite series? Will you be checking out this new remaster? Let us know in the comments!
Richard Allen