It’s been twenty years since Smallville aired on the CW for the first time! The series ended in 2010, after a hugely successful ten season on the series. It introduced a whole generation to Clark Kent and The DC universe and now… Smallville is back with a 20th anniversary Blu Ray set. This is the first time the series is coming to Blu Ray, too!

There was a time where Smallville was the king of live-action comic book shows, and this set is determined to celebrate that. Smallville: The Complete Series 20th Anniversary Edition is releasing on October 19th, 2021!

The special set will feature all 218 episodes as well as over 28 hours of bonus features. These bonus features will be pulled from all ten seasons of the hit Clark Kent origin show! The set even includes a digital copy of the complete series! How cool is that?

As of right now it seems like there are no additional bonus features created for this set. It does look like the special features once only available to the complete series set on DVD will be included in this special Blu Ray release of the series!

Smallville was a huge deal while it first aired. Tom Welling portrayed Clark Kent as he came into his identity as Superman. It was the first ever live action show that expanded on the DC Universe the way it did. The show even had its own live-action version of The Justice League! 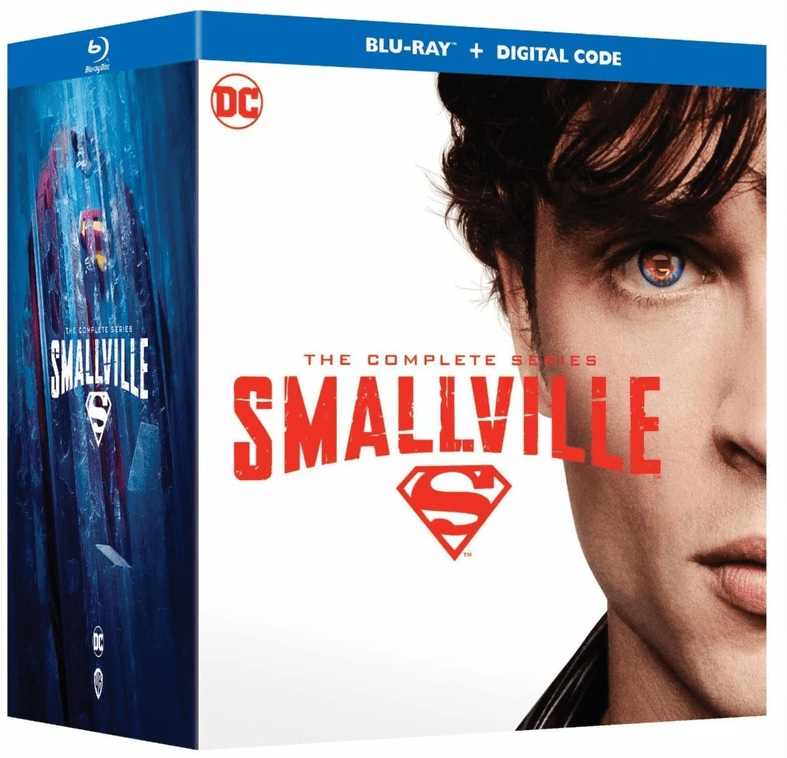 Here is the official description for the set:

The groundbreaking, Emmy®-winning 10-season hit that redefined the origins of the world’s greatest super hero is all here – from Krypton refugee Kal-El’s arrival on Earth through his tumultuous teen years to Clark Kent’s final steps toward embracing his destiny as the Man of Steel. Relive a decade’s worth of thrills in fantastic adventures full of action, heart and humor in abundance, all anchored by the marvelous performance of Tom Welling at its center. Savor again the series’ thoughtful and imaginative integration and reinvention of the iconic characters of DC lore. And let your spirits be lifted up, up and away.

MORE THAN 28 HOURS OF BONUS FEATURES:

Smallville is back! And we couldn’t be happier. Let us know in the comments if you plan on picking this set up in October!