This week the Scooby crew learns that Uber-Ee-vil Dreyfus is trying to raise the Horsemen of the Apocalypse to bring about a new world, not destroy the current world. (Isn’t that the same thing apocalypses have always done?) The gang tracks down an artifact that will raise the Horseman of War, a gun. And a new, but not new, character, “Laura” shows up and gets to the gun before them. Malcolm tracks them down and gets ahold of the gun. The new character “Laura” confesses that she is actually Molly from the future. She has come from the future, to prevent Malcolm from shooting her mom with the gun and turning Diana into the embodiment of the Horseman of War. They don’t succeed in stopping Dreyfus from shooting the gun. But he accidentally shoots Crane, not Diana. Malcolm doesn’t seem phased.

The story was a little weak this week. Several scenes seemed designed to fill an hour. Other than Crane’s passion for the theater, there were no fun moments. All of Dreyfus’s light-hearted attempts at humor fell flat. Let’s hope better material is built into the rest of the season.

Here are a few of my favorite moments.

Molly doesn’t have the lead in the play, but is feeding the lead his lines. On top of that slap in the face, she has to deal with an over enthusiastic Crane, turned stage parent who is drunk on historical theater. 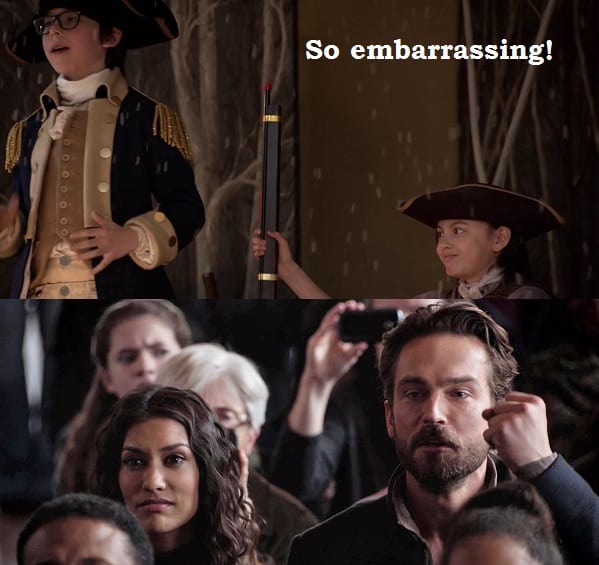 Crane proves to be a really annoying date. I hope they don’t take him to see “Hamilton”. I bet he’s a blast at Shakespeare festivals with a little liquor in him. 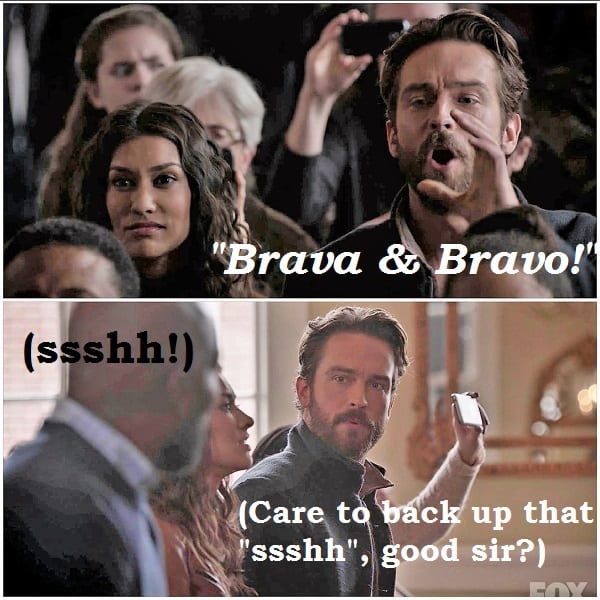 Ooo, after the soccer coaching incident, maybe he could direct the next school play. 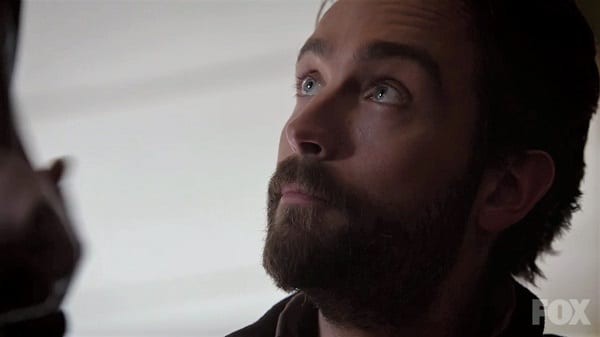 Crane is fully modernized. He loses himself in a soliloquy about the theater. His trance is broken by that evil mistress, the cell phone. He should have silenced that sucker before the performance started. 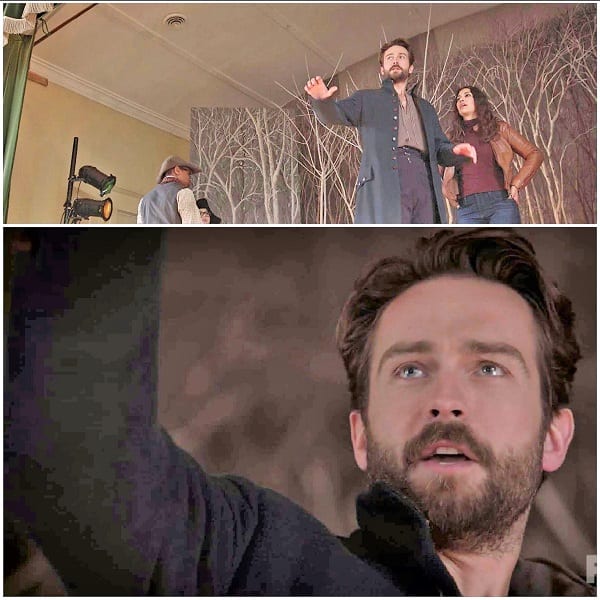 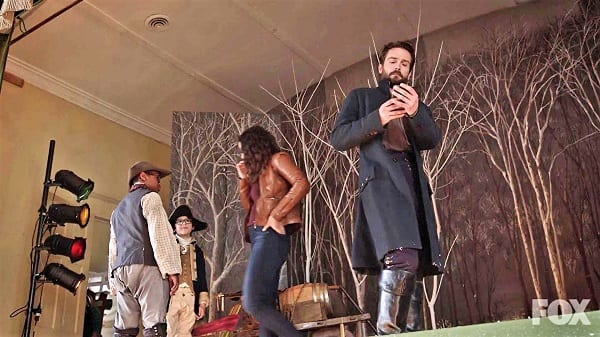 When Crane is quick to recount yet another “behind the scenes” vignette of the Revolutionary War, Diana asks if he had his hand in EVERY part of the war. Of course not, he was “dead” by that point. It seems like there should have been a joke here. 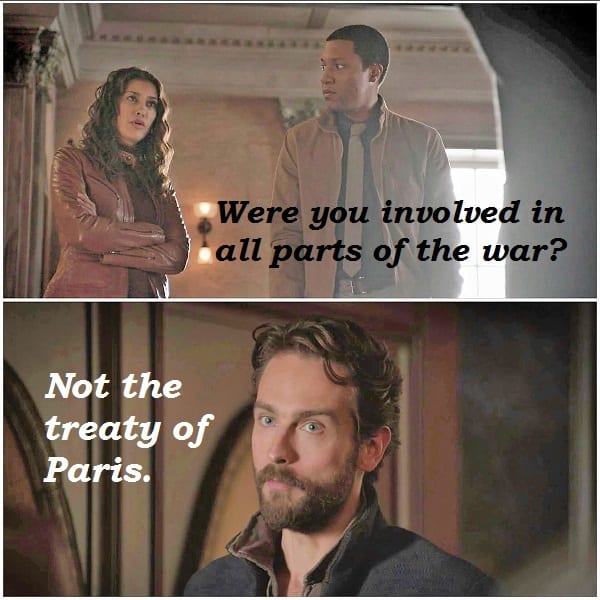 Jake and Alex are caught by Jobe. Jobe and Dreyfus play a psychological game on the two dear friends, making Jake think Alex had been killed. He begs to leave her alone. 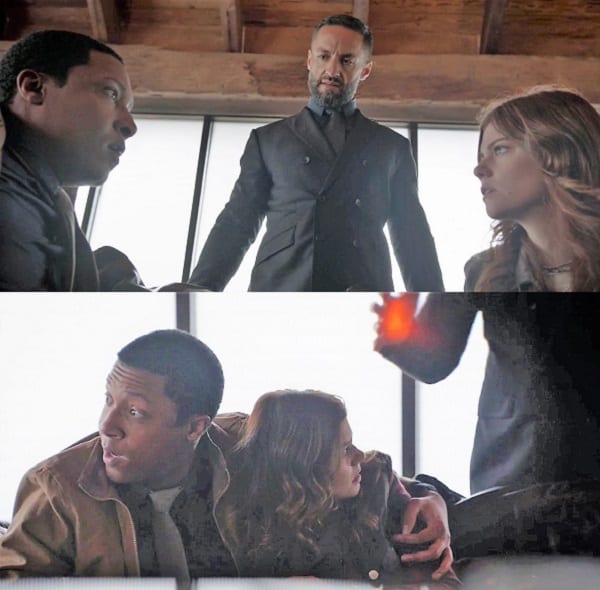 Alex is just about to confess to Jake that she thinks of him as more than just a friend. Miss Jenny shows up to rescue them just in time to shut Alex up! Let’s hope they don’t drag this out until next season. Because then it may never happen! 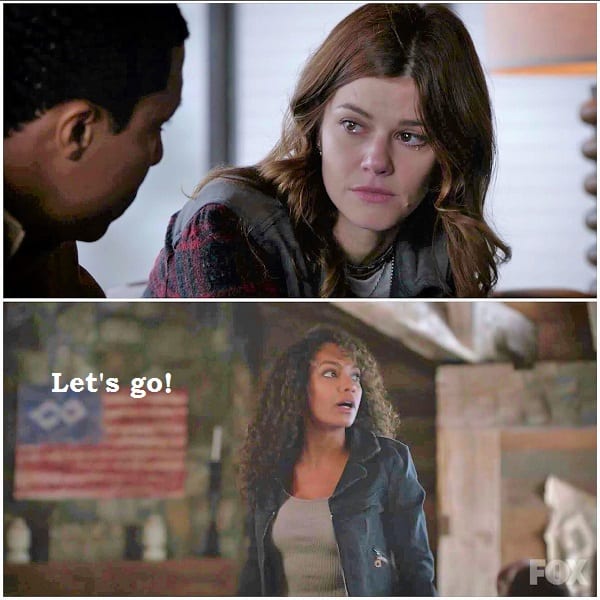 In a sick little joke, Dreyfus lets Diana shoot him. He of course is immortal at this point. 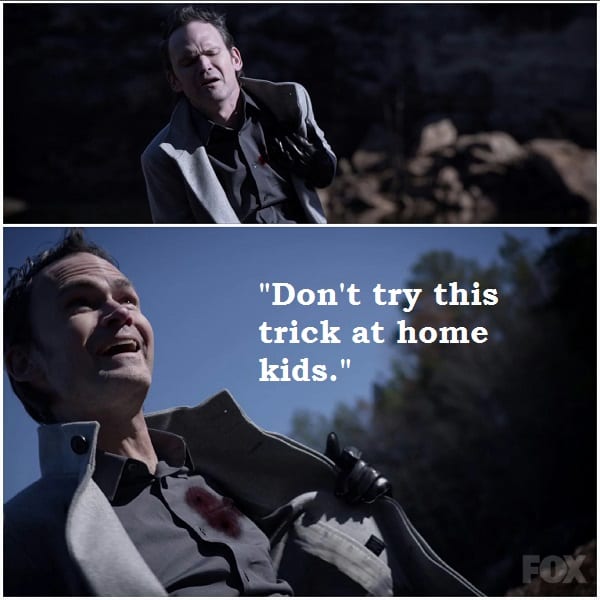 The last scene of the week is Crane, shot by the totem gun of war. This gun must fire testosterone or something. He is almost as excited about the rush as he was about the theater! I stand corrected, this version of Crane would be fun, liquored up at a Shakespeare festival, suit of armor and all. 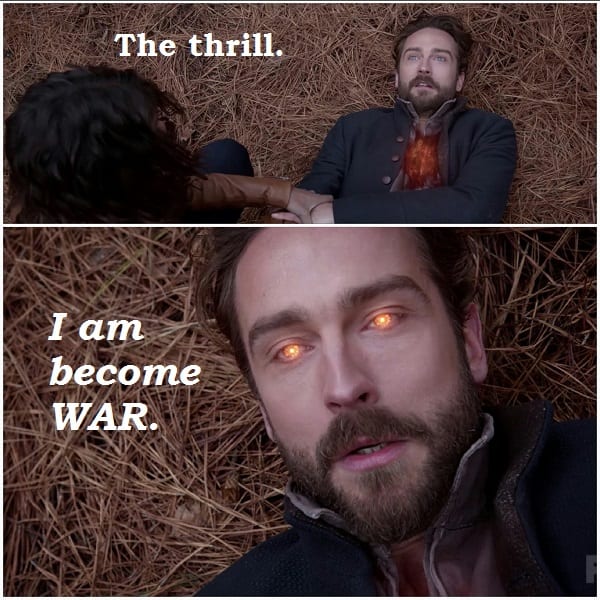 Will Crane be saved from his fate as a Horsemen? Or is Crane, after being bitten by the acting bug again, faking his thrall? (Maybe not with the burning glow of his skin.) Was Molly’s vision of Crane in previous episodes, a future where her mother was turned into War, or Crane turned into War? Will Alex make her confession to Jake? (I bet they drag this out a few more episodes.) Will Miss Jenny take the job? (I doubt she’ll leave with Crane stuck in a suit of armor.) Find out next Friday at 9pm on Fox!

One thought on “‘Sleepy Hollow’ Recap “Way of the Gun””