Alex and Jake return from their DHS training this week. Let’s hope they are integrated into the improved writing we saw last episode.

A demonic infection goes viral. Internet viral, and viral-viral. Anyone who watches a video can catch the fire flu and burns up. In previews it looks like Alex has been infected with the virus. Will Molly be as well? 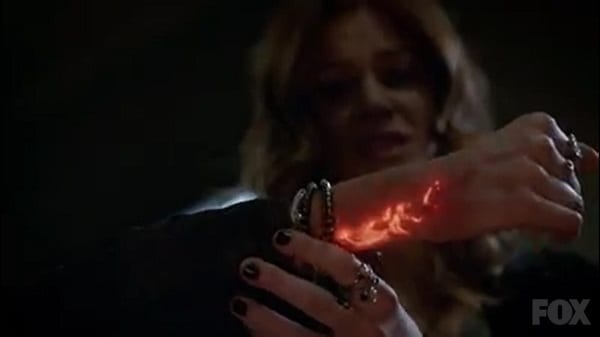 Crane makes a failed attempt to stop the spread, telling everyone to turn off their MO-bile devices due to the Ee-vil. Like that is going to work. I hope there are some colonial references and indignation in that scene. 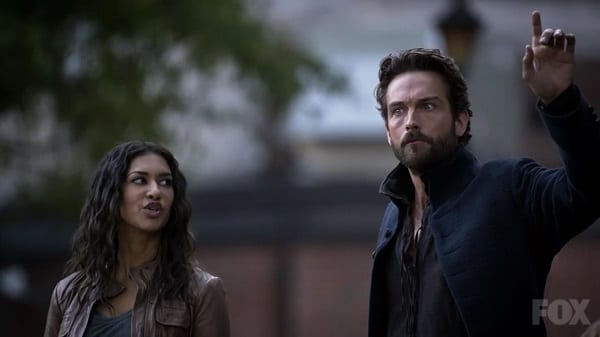 From released promotional photos, we see Jake opens a new artifact. Will this be the source of the virus?

Crane, Alex and Jake visit the hospital where they inevitable see someone burst into flames.

Diana, Crane and Jake storm what appears to be another hospital wing without Alex. What happened to Alex And why is Diana pointing her car keys at someone?

And Crane and Diana look like their trying to calm Jake down. Jake who is pretty mild mannered, has his hands clinched. Is this about Alex’s infection? Or are they convincing him Miss Jenny really is NEVER going to be into him?

There are no previews of Dreyfus this week, but we know he is waiting in the wings. And I can’t believe we are eight episodes into the season and we haven’t seen Crane lusting over a pastry yet. That still needs to happen.

Find out who lives and dies on Friday at 9pm on Fox. And find out what led up to the Scooby gang selfie!