This Friday, our gang must save Molly from a werewolf. She’s decided to play with some dark runes and gets in over her head in the woods. She is wearing a red, hooded sweatshirt, all the makings of a Grimm’s fairy tale.

This week’s episode has a fun title for speculation. Does “Loco Parentis” imply Molly’s momma is going to go loco? A press release reveals that Molly’s dad arrives on the scene for her 11th birthday. Is this going to drive Diana mad, as well as the werewolf attack? “Loco Parentis” literally means “In place of a parent” and is the legal term for the responsibility to act as a child’s parent. Hmmm.

Who will be our huntsman in this version of Little Red Riding Hood? Who will we cut open to save Molly and grandma? 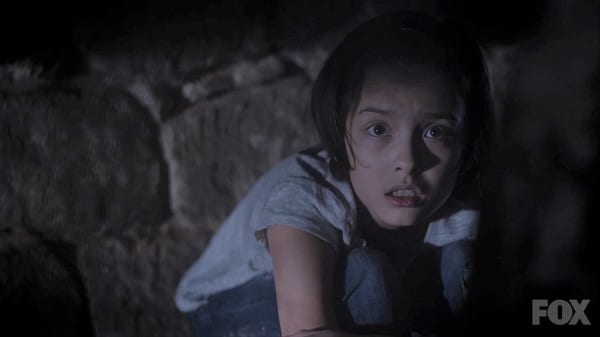 Will Molly forgive Crane for reading her diary? Her teen years are going to be hell on everyone. Maybe they should unleash her on Headless. 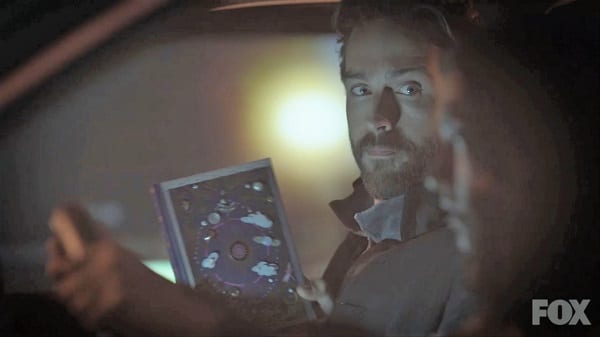 Will this be a bi-week for Dreyfus? Will we see him ever again? All he wanted was immortality. Maybe he’ll turn out to be a nice guy and leave everyone alone. But the Scooby gang does have his demon. (And he looks nice enough for Jenny to keep around.)

Will Crane think this an appropriate birthday gift for an eleven year old girl?

We have the lingering question of if Jake will ask Miss Jenny out. And we STILL don’t know if Crane will ever have a furnished apartment back in D.C.

Learn the answers to these and other questions Friday, at 9pm on Fox.