It has been no secret that Simone Biles is crushing hard on Zac Efron! The five-time Olympic medalist even has a cardboard cut out of him.

Well the two have been flirting on Twitter for a couple of days and Efron surprised Biles by coming out to Rio to meet her. They took pictures and he surprised her again by planting a smooch on her cheek!

proof : had to do a retake bc I thought we were taking a picture then he kissed me instead ❤️ pic.twitter.com/rld33V14qe

Efron even tried to impress Biles with his strength by picking her up with one arm. 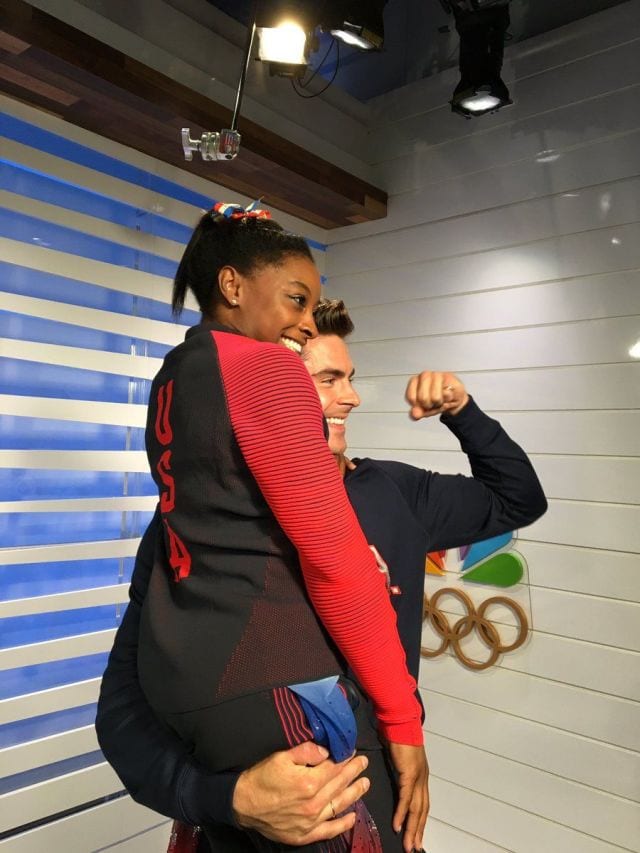 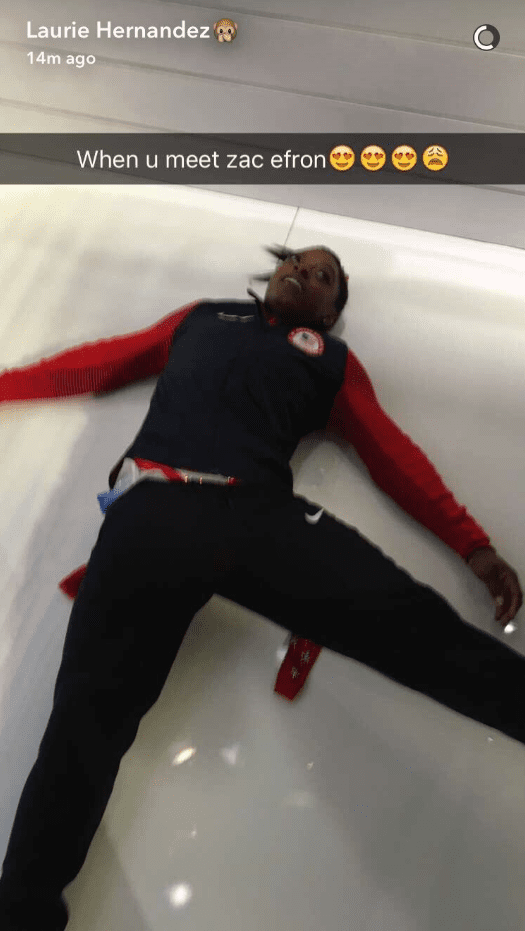 Biles is having the time of her life in Rio! To see all of her adorable pics with Zac, follow her @Simone_Biles and Zac at @ZacEfron

Home » Fandom » Simone Biles got a Smooch from Zac Efron