At New York Comic Con on Saturday, there was a lot of buzz surrounding the highly anticipated Marvel and Netflix Iron Fist panel and, it certainly did not disappoint.  Not only were fans treated to a first look at Marvel’s Iron Fist but, they were surprised by guest appearances from the cast of Luke Cage, The Punisher and The Defenders, which united on stage for the first time ever.

The biggest surprise of the night came when The Defenders cast was joined on stage by Golden Globe-winning and Oscar and Emmy nominated actress Sigourney Weaver who will be joining the cast in a significant but secret role (reportedly, a villainous role).

Jeph Loeb (Executive Production and Head of Marvel Television) said, “Marvel is honored to have an actress of her caliber and status join what is already our biggest show ever! She is by definition a class act.”

Cindy Holland (Vice President of original content at Netflix) echoed Loeb’s sentiment, “Sigourney Weaver, what more is there to say…. She’s a formidable actress and we are thrilled to have her join our remarkable cast alongside Charlie, Krysten, Mike and Finn.”

What do you think of Sigourney Weaver joining the cast of Marvel’s The Defenders?  Let us know in the comment section below! 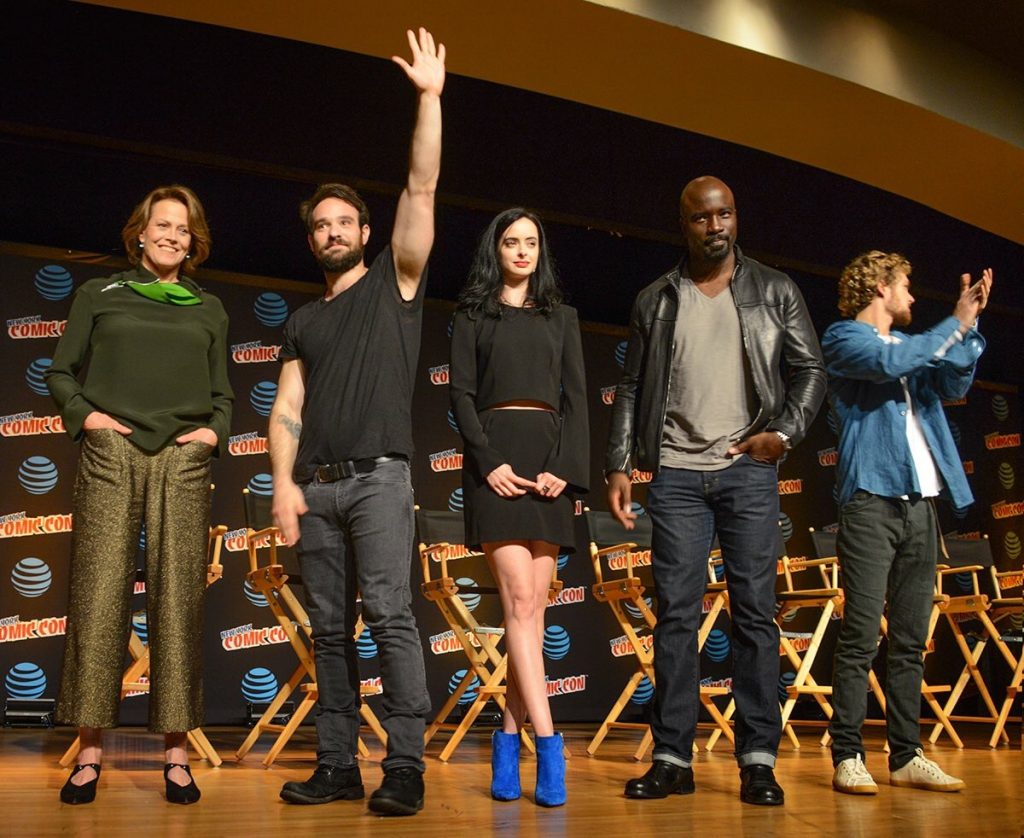