She-Hulk: Attorney at Law debuted on Disney+ this week, and Marvel fans loved the first episode. There was a lot of excitement in the episode, including Jennifer Walters getting her She-Hulk powers. However, there is one moment from the episode that is really making people talk on the Internet.

Jen wonders whether Captain America is a virgin. In a post-credit scene, Bruce Banner/Hulk says that Steve Rogers lost his virginity on a USO tour in the 1940s. According to showrunner Jessica Gao, Marvel producer Kevin Feige had some input into Cap’s backstory.

“Kevin was really into that joke and he actually was the one who volunteered the answer to that question,” Gao shared with io9 (via The Hollywood Reporter). “I couldn’t believe that we got to definitively settle that issue once and for all.” She added, “Our philosophy was really just like let’s just do things until they tell us we can’t because if you start asking for permission too much, then you’re giving people a chance to say no.” 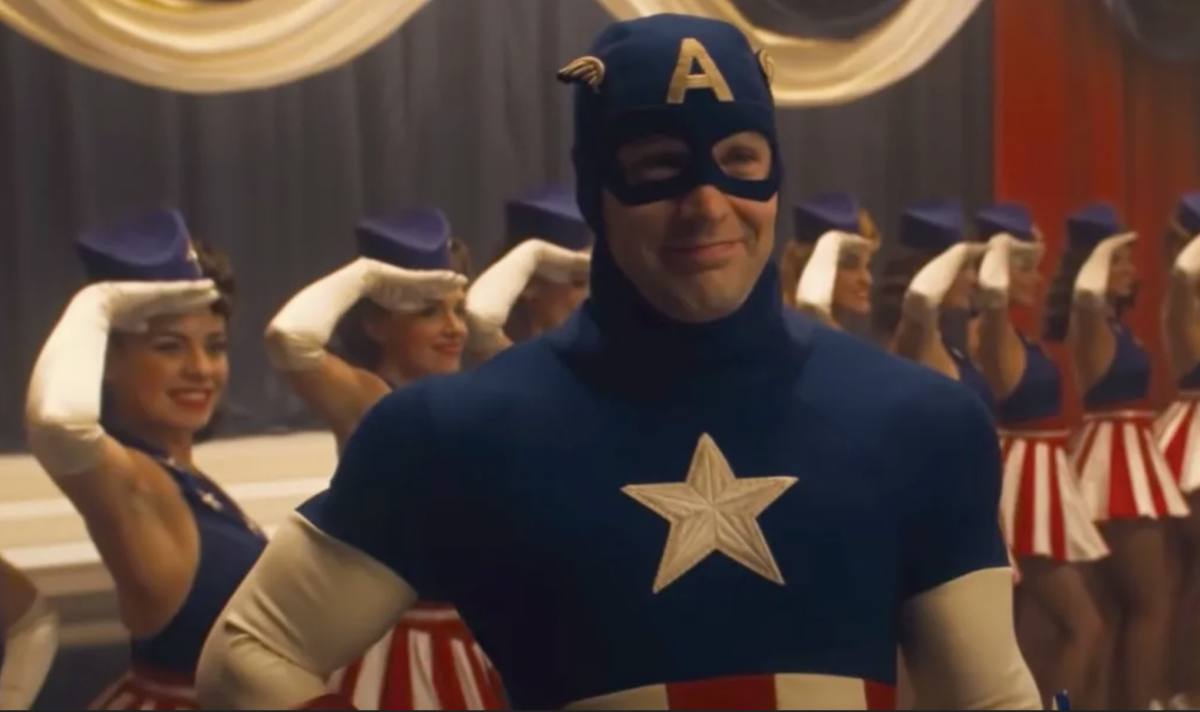 Chris Evans mentioned that the idea of Cap hooking up with someone on the USO tour came during an interview with Vanity Fair in 2014.

“I think there’s just so much to explore,” Evans shared. “Not just with the evolution of myself and [Anthony] Mackie’s character, but the reconnection with Bucky and ultimately a relationship with a woman. It’d be nice to see him—it’s funny when you think about it. He’s probably a virgin. He’s probably a virgin! I don’t know when it would’ve happened.”

“He was on tour. Maybe, that’s true,” Evans added. “Maybe one of those [dancing] girls blew his mind.” He continued with a laugh, “He’s probably just a good guy. He was probably holding out for Peggy Carter and he’s probably a little more old-fashioned in that sense. These are a lot of things that I think are giant conflicts, but they’re also very personal conflicts. He’s a very human guy. That’s why I like him.”

Evans laughed about She-Hulk being released this week. Mark Ruffalo apologized for Evans’ reaction.. “Sorry bro. It was under extreme duress,” Ruffalo joked on Twitter.