Marvel Studios has released a new Shang Chi image, giving us a new look at the film! Now, to be completely honest the image isn’t anything spectacular but it’s still nice. It’s been so long that we welcome any look at any Marvel film.

The image shows Shang-Chi (Simu Liu), his estranged sister Xialing (Meng’er Zhang), and his best friend Katy (Awkwafina) standing together in the fight against the Ten Rings.

When the film comes out on September 3 “Shang-Chi must confront the past he thought he left behind when he is drawn into the web of the mysterious Ten Rings,” which is a criminal organization run by Shang-Chi and Xialing’s father, Wenwu (Tony Leung).

You’re probably itching to see the new image, though. Here ya go, we’ll post it below! Let us know what you think of the new Shang Chi image. 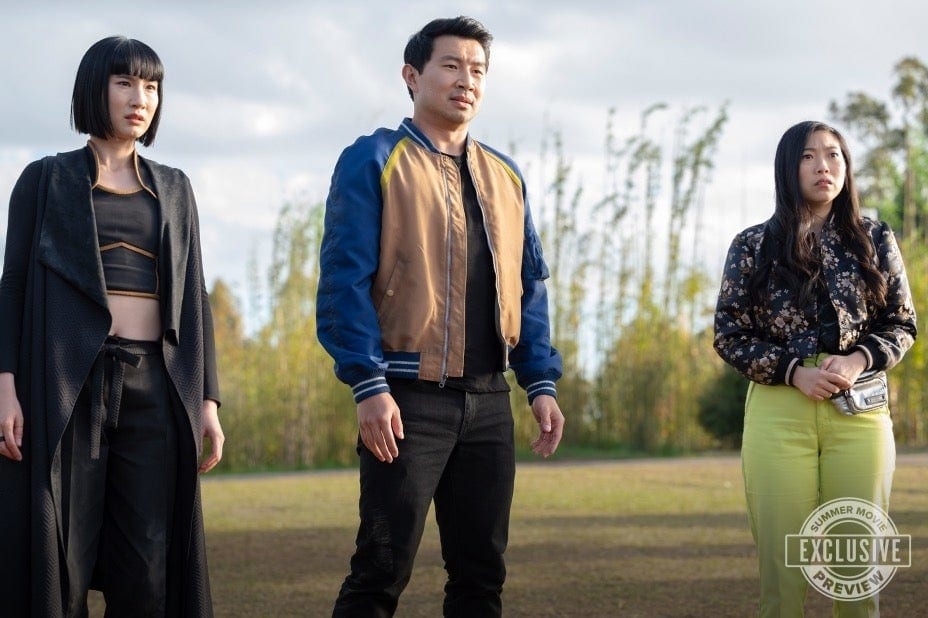 “The core of Shang-Chi’s arc in the comics is really a family drama,” Shang-Chi producer Jonathan Schwartz previously told Entertainment Weekly. “That was something that [director] Destin [Daniel Cretton] keyed into really early on in our conversations, the idea of taking this broken family and this really dark, even abusive family background and seeing what that does to a child over time.”

Schwartz also said that the film has “best action [Marvel has] ever done,” saying that in Shang-Chi, “Every punch is meaningful, every fighting style is meaningful, and the story is told visually in such a great way.”

Kevin Feige has said that this film is set ten years after Shang-Chi leaves the criminal organization. He’s well aware of who his father is, it isn’t a twist. This is not a ‘Luke, I am your father’ twist,” Marvel Studios president and producer Kevin Feige told EW. “He knows who his father is, and he’s decided to leave that world behind before he’s pulled back into it.”

Amidst all this fight action is Katie, who “doesn’t do a lot of the heavy lifting,” Awkwafina explained to EW, “but at the end of the day, she has a real heart, and she has a loyalty and dedication to her friendship with Shang-Chi. She’s super brave.”