Although fans are eagerly awaiting Shadow and Bone Season 2, little is known about the production at this time. The series took fantasy lovers by storm last summer, exceeding the expectations of many who had read the highly acclaimed books prior to watching the show. See below for what details have been released thus far.

Here’s a little bit of warning: there are plot twists ahead! Shadow and Bone is an adaptation of Leigh Bardugo’s novels, with a slight twist. Leigh Bardugo has written three separate series in this fantasy world known as the “Grishaverse,” and the TV series combines two of them. This eastern European culture and mythology-inspired world features magic users known as “Grisha” who can control some natural forces to varying degrees.

The adjustments made to adapt the novels into Season 1 make predicting future seasons and episodes slightly more difficult. This may entice additional readers to read the books while they wait for the next episode. If you want to be prepared, you can purchase all five volumes in digital or audio book versions right now.

There is so much to look forward to in Shadow and Bone’s upcoming season. Fans have already created theories about the timeline, and the cast has mention which scenes they are most looking forward to playing out on screen. Here is everything we know so far about Shadow and Bone Season 2. 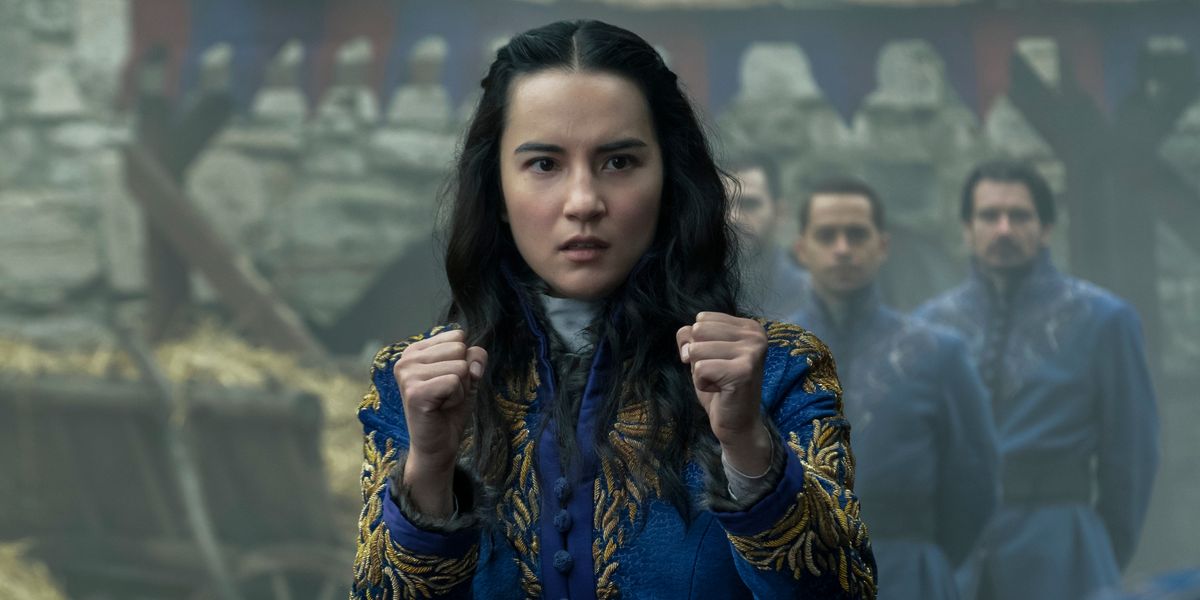 On Saturday, Sept. 24 Netflix released a minute-long teaser for Shadow and Bone Season 2 during a TUDUM virtual event, much to the surprise and delight of fans. The short clip gave viewers their first glimpse into the Grishaverse in months, prompting excited reactions on social media.

Will There Be a ‘Shadow and Bone’ Season 2?

Thank the Saints! Shadow and Bone has been renewed for a second season. pic.twitter.com/vH9rdTtkcq

Fans were excited to hear that Netflix officially renewed Shadow and Bone as part of its Geeked Week event in June 2021. The renewal was expected, but it still came as a relief to many fans.

Thank the Saints! Shadow and Bone has been renewed for a second season. pic.twitter.com/vH9rdTtkcq

On Saturday, Netflix revealed that Shadow and Bone Season 2 would debut in 2023 during TUDUM’s virtual event. While there were no further specifics given, we may make some inferences based on the information available. Showrunner Eric Heisserer stated on Twitter that he began writing scripts for Shadow and Bone Season 2 before the renewal was even official.

The series is scheduled to air in 2022, according on a The Wrap story. It will take quite some time for post-production — especially because there will be a lot of special effects to add. That indicates we won’t see it until October 2022 at the earliest, but even then it’s unlikely to air this year. Netflix has The Witcher: Blood Quest and The Witcher Season 3 on the way, so it’ll probably want to spread out its major fantasy releases for maximum effect.

Have There Been Set Photos?

This is the Shadow and Bone family! We love each other so much ❤️

David Wurawa, the star of Shadow and Bone, revealed

What Will Season 2 Be About?

If Season 1 of Shadow and Bone is any indication, it’s safe to say that Season 2 will closely follow the novel Siege and Storm. This would entail Alina quickly discovering that Kirigan was not in fact killed in the Shadow Fold- quite the opposite, he is now actively pursing her with newfound powers.

It’s less clear if the next season would delve into the events of Six of Crows. So far, the show has depicted the relationship between Nina Zenik and Matthias Helvar, which was only described in flashbacks in the books. The main events of Seven Trials have not been touched yet. However, casting news might be our best hint about what else will be added to Season Two.

ok but out of all of the pictures we got.. this is the one… they look so in character PLEASE THEIR SMILES, WY BEING THE ONE TO TAKE THE PIC?? THEY WERE HIS FIRST FRIENDS, HIS ONLY FRIENDS AND WYLAN KNEW- pic.twitter.com/R6wuwMMnJL

Out of all the pictures we got, this is the one that captures their personalities perfectly. They look so happy and content in the picture, and it makes me wonder why I’m the one taking the picture instead of Wylan. He was their first friend, and they were his only friends. Wylan knew how important these friends were to him-

Following the conclusion of The Wrath & the Dawn, Netflix has released new Shadow and Bone cast members for Season 2, which is exciting for book fans looking to attach faces to names. Patrick Gibson will play Nikolai Lantsov in Season 2, while Jack Wolfe will portray Wylan Hendriks. Anna Leong Brophy will play Tamar Kir-Bataar, while Lewis Tan will star as Tolya Yul-Bataar. Six of Crows fans have started producing fan art depicting Wolf, Brophy, and Tan in character, with Gibson’s role more coming from the Shadow and Bone trilogy as well as later spinoffs that aren’t included in this series.

Several major characters have been promoted to series regulars in the new season. That includes Danielle Galligan as Nina Zenik, Calahan Skogman as Matthias Helvar, and Daisy Head as Genya Safin among them. Some fans were ecstatic to see more of Head, who they believed was underutilized in Season 1.

Which Characters Would Return?

Shadow and Bone Season 1 did a great job of making the Grishaverse seem real and expansive, and fans might be surprised at how many side characters have big roles to play going forward. Those who haven’t read the books will want to keep an eye on Zoya (the Squaller), David (the Materialki), as well as Pekka Rollins (played by Dean Lennox Kelly).

Netflix is now streaming Season 1 of Shadow and Bone. Season 2 is currently in production, but there is no word on when it will air. It’s based on novels that are available in print, digital, and audiobook formats where books are sold.