The world is ours by right, we’ve come together for it, all of us. We need to keep our faith in each other, if we can hold onto that with everything we have, the future is ours. The world is ours. 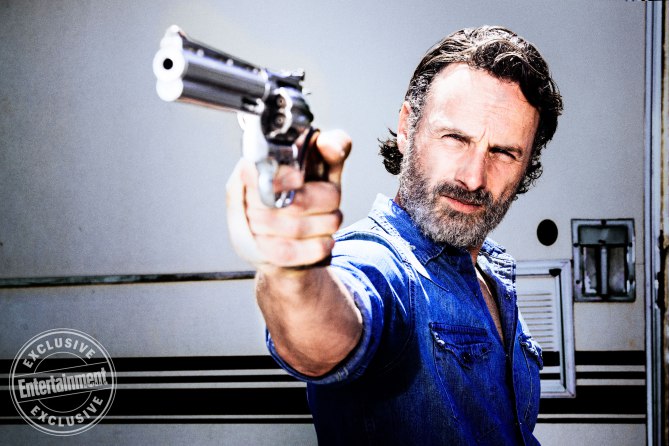 There is a moment, in every fight for life, where true power and strength are felt. There’s a period of uncertainty followed by a build-up where the weakness is forced out, and then, there’s nothing left but the drive to push forward.

For our favorite characters in The Walking Dead, that moment is now. After being pawns in Negan’s game for so long and allowing thoughts of despair and struggle alongside questions of ‘is this really worth it’ to break them emotionally; they found their fire. Now, they’re ready to light everything up on their way to freedom.

A new teaser was released today which only stands to further prove that there’s no time like now to fight and, more importantly, to win. The teaser starts with Rick speaking of the world being theirs by right and how they’ve come together for it. His powerful voice sets the tone for the trailer and is soon followed by the voice of another leader who has grown stronger by leaps and bounds. Maggie.

Maggie follows up with a promise. If they can keep their faith in each other, and hold on to that faith, that the future is theirs. We’ve never been this sure that the groups are united and that they’ve truly got their goal in sight, not just that, but that they can feel victory being theirs.

Negan should be shaking in his tight jeans and leather jacket because the all-out war is here and his days of taking (half of everyone’s) shit are long gone.