We are just over two weeks from the premiere of Star Wars: The Last Jedi and it’s the talk of pop culture. The film will continue directly after Star Wars: Episode VII The Force Awakens, which means fans have been looking forward to this one since 2015.

It will also be the last film for Carrie Fisher after her sudden and untimely death last year.

So when these new images dropped, fans were both anxious and excited. On one hand, we can’t wait to see what’s next for Finn and Rey but on the other, there will undoubtedly be dark forces that pose a threat.

The synopsis is for the film is as follows.

Having taken her first steps into the Jedi world, Rey joins Luke Skywalker on an adventure with Leia, Finn and Poe that unlocks mysteries of the Force and secrets of the past.

Another new image was just released which shows The First Order invading. It is one of the stand out images, by far. 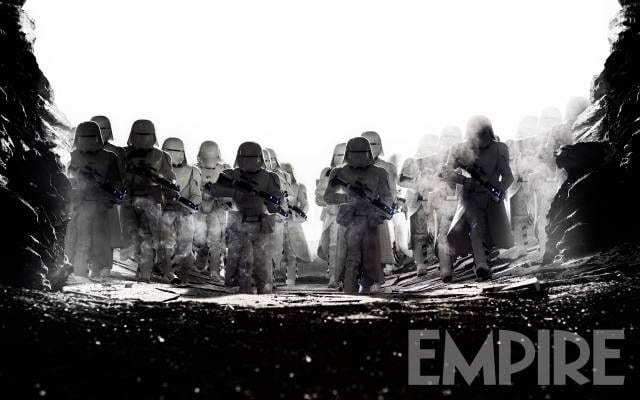