Warner Bros. just released a brand new (and totally awesome) poster for their Justice League film to get fans even more excited for their upcoming panel today.

The poster was uploaded onto their official Twitter account and features Ben Affleck as Batman, Ezra Miller as The Flash, Gal Gadot as Wonder Woman, Jason Momoa as Aquaman and Ray Fisher as Cyborg.  It features the tagline: “You can’t save the world alone.” 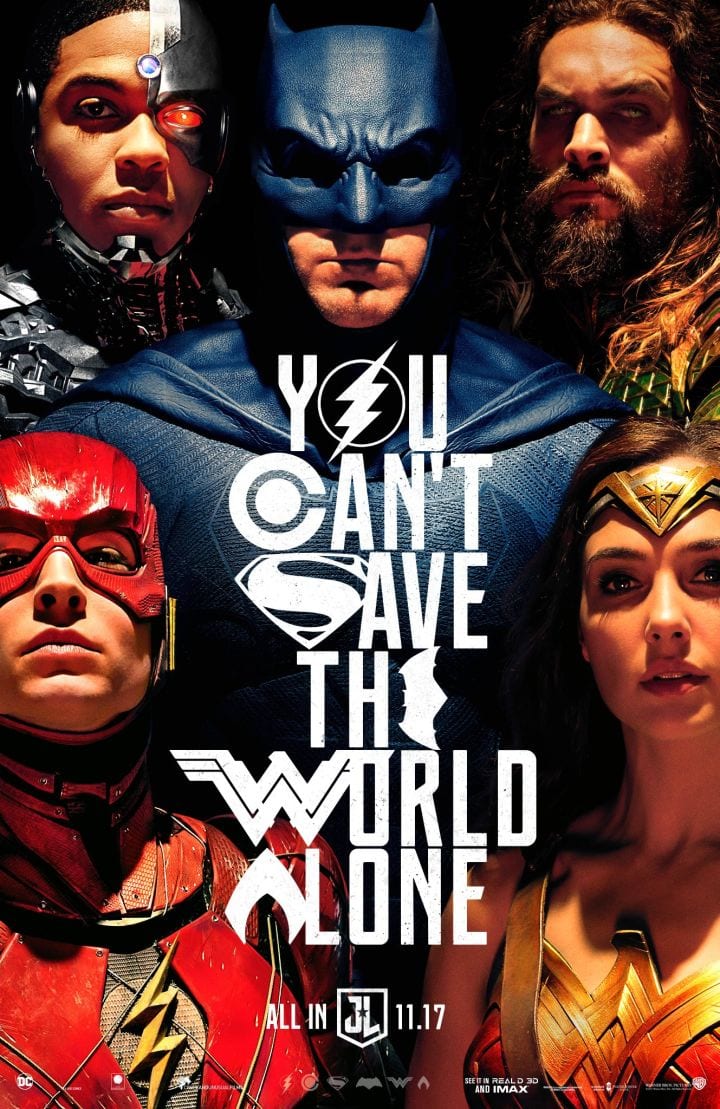