There has been no shortage of sacrifices for the greater good of your team on The Flash. First, there was Eddie in season 1, then Ronnie in season 2 followed by Jay Garrick. So, it was not really a surprise when this season it was Barry that stepped up and sacrificed himself for his loved ones and his city after a series of earthquakes caused by instability in the Speed Force opened a breach.

With Barry gone, Team Flash still has to find a way to go on and protect the city. Fan Fest was able to speak with Iris (Candice Patton), Wally (Keiynan Lonsdale), and Joe (Jesse L. Martin) West and get the scoop on just what life without The Flash is like. 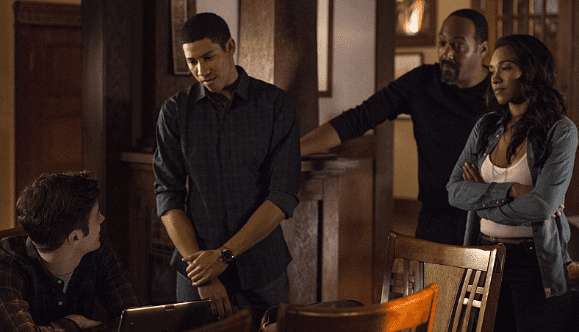 Obviously, our of everyone Iris is going to be struggling with the loss of her fiance, Barry.

“Barry’s gone and she’s kind of forced to pick up the pieces. Central City still needs to be protected and we don’t have the flash to do it. So, she kind of steps up. Barry told her to keep moving forward, to keep running,” Patton said.

This isn’t the first time Iris has lost a love one either. After she lost Eddie in season 1 she kind of mover her priorities around and this time it looks like she kind of will fall back into old patterns.

“I think her idea of dealing with Barry being gone is to focus only on work. She suppresses a lot of feelings of sadness and depression and just focuses on Central City and being a leader.” 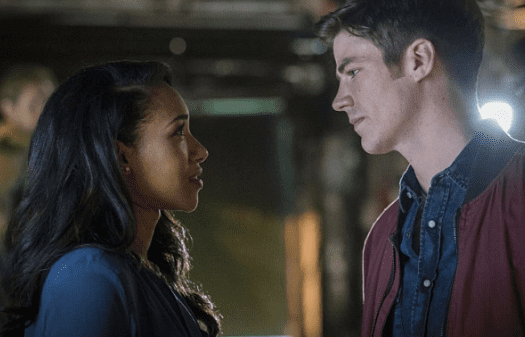 Barry being gone is one thing, but him potentially coming back is a whole new issue in itself for Iris.

“I can only imagine that they are going to have some kinks to work out. He kind of left and didn’t consult her, and I think Iris feels like she is in a one-sided relationship sometimes. He makes all those decisions and she kind of has to deal with the repercussions of that. I think if and when Barry comes out, they’re going to have to deal with their communication issues.” 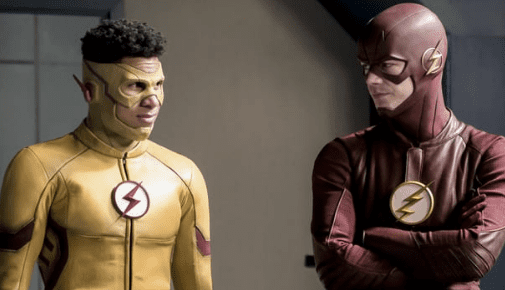 Iris isn’t the only member of the West family having to deal with Barry’s sacrifice though. Wally finds himself being handed the responsibility of becoming the sole Flash for Central City upon Barry’s departure. So what does that mean for him?

I think Wally has grown up so much and the fact that they’ve had to deal with the loss of Barry at this point forces him to step up, Lonsdale said. “The whole team becomes this unit and starts to really find their place. They have no other choice, the crime doesn’t stop and the villains are still there. So, they’ve still got to keep fighting.”

So while Wally is stepping up and becoming more comfortable and confident in the role, what would happen if Barry were to come back?

“When Barry does come back i think it’s going to be an interesting dynamic for Wally because the question of is everything going to be chill and fine and will things sort of slot into normal?” He has been very independent and hasn’t had this sort of mentor around. He is  figuring it out and making it work as best as he can. So that could be something that could be difficult to sort of navigate.

And maybe some tension, who knows?

That’s a log going on for one family, so you can only imagine what Joe must be feeling watching his kids go through all of these really emotional and dramatic changes. Joe appears to have managed to find the more positive approach to Wally’s sudden position on the front lines.

Joe is really proud of Wally. He stepped up when he had to. We tend to think of Wally as a little kid all the time and put him on the side and when we don’t have The Flash he really steps up.

Iris, however, is dealing with the more emotional changes, which is hard for any parent to watch.

“He’s worried. She’s putting herself in a leadership position to not deal with the fact that she lost her fiance. Joe knows Iris very very well, he knows that’s something she does. She will push everything off to the side and just focus on her work. She did the same as a journalist and now she’s doing the same running STAR labs.” But, since Joe West is the best TV dad ever you know he’s not just going to sit idly by while his daughter is hurting.

So, it’s clear to see that with Barry gone the West family is really going to have to come together and really be there for each other more than they ever have. Hopefully, if and when Barry returns things will be able to go back to normal, but I think it’s safe to say that there is trouble ahead for all of those involved.