Sunday night’s Game of Thrones season seven premiere episode was on fire!  We are still trying to cool down after that opening scene!  But while winter is heating up over in Westeros, San Diego Comic-Con is chilling out.  Winter has officially come to SDCC in the form of the Winter is Here immersive environment.

Fans of the hit HBO series are invited to experience a unique and immersive environment which takes you on a journey through a series of rooms representing Winterfell, Dragonstone, King’s Landing and North of the Wall.  First, upon entering through the winterized entrance, fans are be given their own Dragonglass RFID wristband.  The wristband then captures a variety of touch-points of the journey, producing shareable Game of Thrones content. 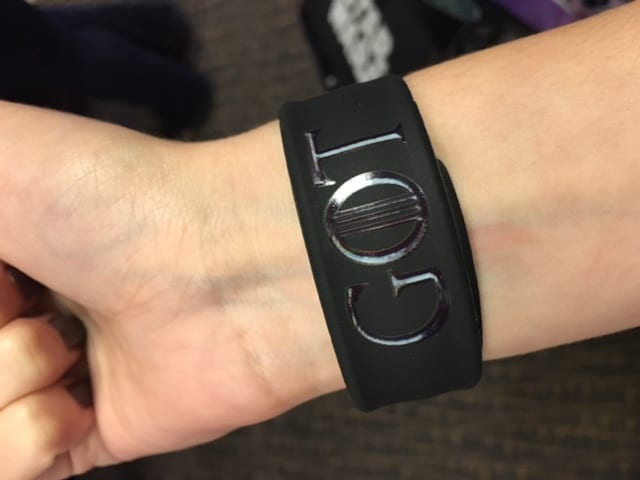 Then, prepare to be whisked away into the world of Game of Thrones with a series of activations (initiated by scanning the RFID wristband). But not without first being offered your choice of Game of Thrones Wines (Chardonnay, Red Blend and Cabernet Sauvignon) or Brewery Ommegang’s newest Game of Thrones inspired beer,  Bend the Knee Golden Ale.  Both are delicious!

The first room features a clip from the series that includes you as part of the show.  The second two rooms are fun photo ops – one giving you the opportunity to rule Dragonstone on Dany’s throne and the other giving you the coveted control over The Iron Throne. 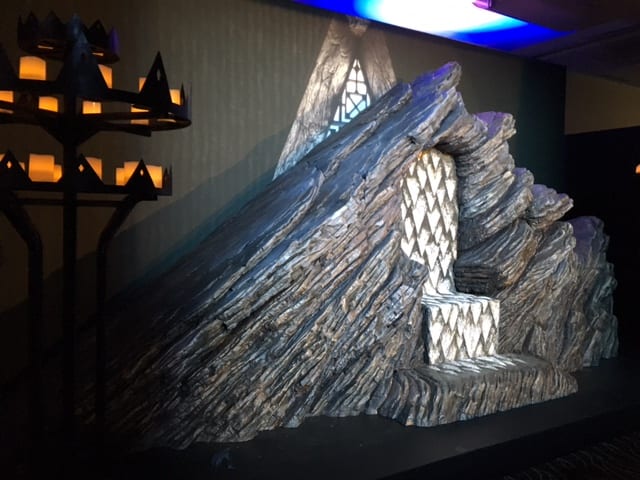 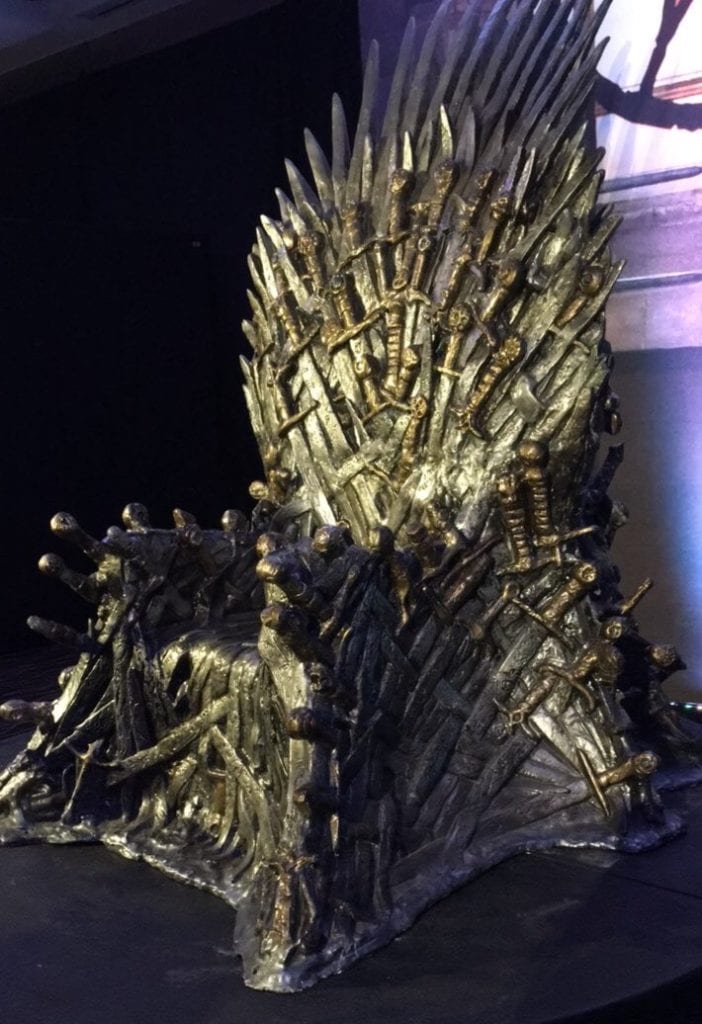 The second to last activation is a slow motion video of you (or you and a buddy) sword fighting.  We’re talking full-on Game of thrones cloaks, heavy sword and all!

Did we mention each room plays clips of your favorite characters – Bran, Cersei, Jon Snow and more? 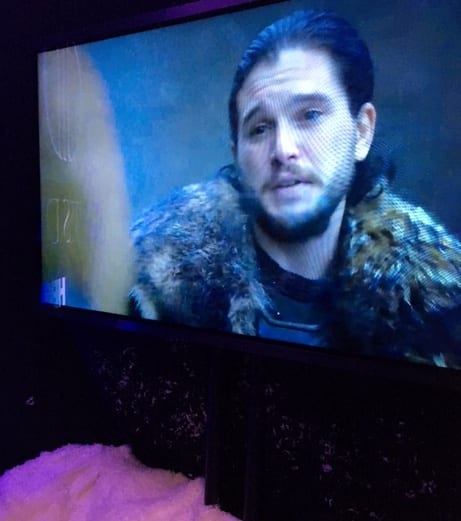 The final activation is a game that resembles fruit ninja but this time, you are slashing White Walkers instead of watermelons.

Unfortunately, they ran out of swag bags so we don’t have the cute Game of Thrones Pops! to share with you but it was an awesome fan experience.

Game of Thrones: Winter is Here is open on a first-come-first-serve basis to members of the public with a valid 2017 San Diego Comic Con badge during the following times:

You can see more photos from our experience in the gallery below!  Need to catch up on the season premiere?  Check out our episode recap HERE and be sure to keep checking back with us here at Fan Fest News. We will be bringing you up-to-the-minute updates all weekend long directly from San Diego Comic-Con!

Home » Featured » SDCC: The ‘Game of Thrones: Winter is Here’ Immersive Environment Takes Fans on a Journey Through Westeros