Fan Fest had the opportunity to interview Carlos Valdes ahead of The Flash’s DCTV panel on Saturday at San Diego Comic-Con. Valdes plays tech guru, Cisco Ramon, for Team Flash and was also revealed to be Vibe, a meta human who has the ability to manipulate the vibrational energy of reality.

He’s been a fan favorite for the entirety of the series with all of his pop culture references and all around joy and excitement for the small things. He was able to give us some great insight into what to expect for Cisco/Vibe this season so read on to find out more!

This season will follow a lot of Cisco’s relationship with Gypsy whom he met when he challenged her to trial by combat when  she came to Earth One to collect Wells for breaking the inter-dimensional travel ban on Earth Nineteen.  It turns out that if you’re a huge shipper of Gypsy of Cisco,  you’re not alone.

“There’s something about working with Jessica that’s been really freeing and from what I hear from fans and our writers it’s a chemistry that really works on camera. So, I think our writers are really interested in developing that relationship a little bit more, which I love.” 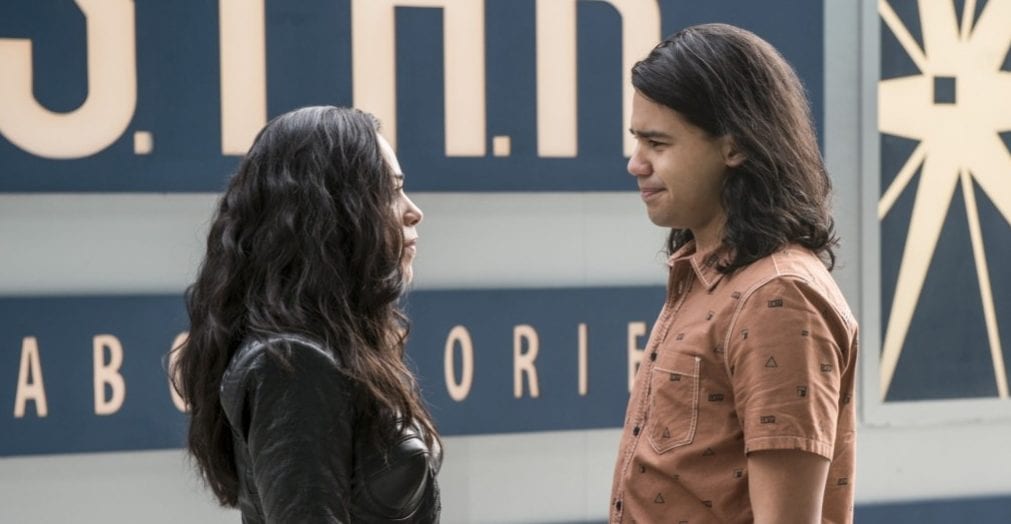 However, much like any relationship in these universes, it’s not going to be smooth sailing for the two, especially when they live on different Earth’s.

“We are going to explore how that relationship manifests itself when it’s taken to the next level, because when Cisco does try to take it to the next level with Gypsy some new characters come through that make that a little difficult.”

On a new costume

Vibe’s costume is pretty cool already, but sometimes it needs a little update. Valdes gave us some very interesting insight when asked about whether or not he’d be donning a new suit this season.

“So far it’s been what we had last year, which is great. My ass feels great in the pants. I get these great suspenders and it just like that smooth leather. I love it.”

On how Cisco is dealing with loss

Valdes also briefly talked about how the two living in different dimensions will give him the opportunity to play Vibe more and that we can look to expect a lot more breaching, but that doesn’t mean that Cisco is going anywhere. With Barry and Caitlin gone it’s time for him and Wally to step up and figure out the next steps.

“I think he handles it very gracefully. He still misses his friends, Caitlin and Barry are critical parts in the team dynamic that are missing and they’re definitely felt as losses. So, even though Cisco is optimistic and lighthearted and passionate, he’s also willing to do whatever it takes to get his friends back.” 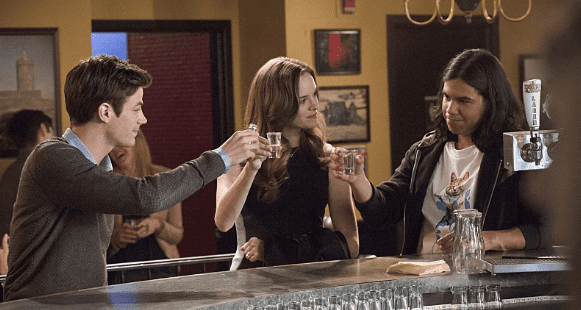 On finding levity this season

He also take a few minutes to touch on what Gustin had said earlier too about the show is going back to it’s more comedic tone from the early seasons.

“It’s very funny. This season is a lot funnier than the last seasons. They’re really amping up the comedy and the levity and the light heartedness that really made our show a success in the first season and they’re actually cranking up the dial on that levity this season, which I think is needed. We went pretty dark last season and I think that worked for what we are going for, but ultimately my favorite thing about the show is when we reach those lighthearted places.”

Be sure to tune into the fourth season of The Flash October 10th on The CW.