Fans of The Walking Dead are currently preparing San Diego Comic Con by stocking up on coffee and ensuring that sleep is something they’ll have time to catch up on at the start of next week. For the next few days, finding out as much as we can about season 8 of the series we all love trumps everything and our first look at SDCC’s The Walking Dead debut is here.

AMC released comic con art for The Walking Dead and the image is a crisp look into the all out battle that will encompass season 8, it also announces a release date of October 22nd which was all but confirmed when a YouTube preview was seen by fans earlier in the day. 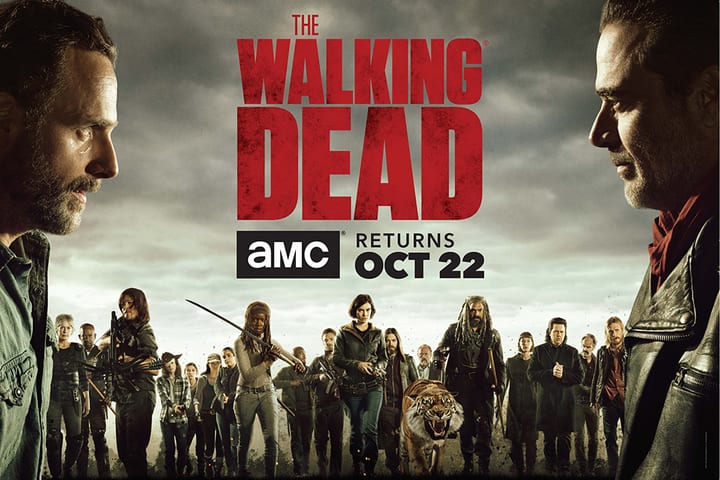 The poster shows a stare down between Rick and Negan and a split between two sides ready to fight for survival and power. As we said earlier, what this comes down to is a battle between selflessness and selfishness and we’re betting on heart winning this one, but a bloody battle ensuing first.

The series returns on October 22nd so you’ve got ample time to catch up on season 7 again while you wait. Stay tuned for more news from SDCC on all things The Walking Dead.