Warner Bros. Preview night on Wednesday was not all about TV. Audiences were given an exclusive sneak peek into three reels of footage from the upcoming film It. Director, Andy Muschietti showed the excited audience at a theater is the Gaslamp District two scenes from the movie and a brand new trailer!

While the two scenes will not be released prior to the movie’s September 8th opening, EW was on the scene and able to provide some scoop about what exactly the footage contained. So, if you want to know more, read on!  The author of the original book, Stephen King sent a video message along with the package as well saying, “It remains one of my most personal works so I’m delighted it’s finally making it to the big screen Enjoy this exclusive look… if you can.”

Prepare to be creeped out! 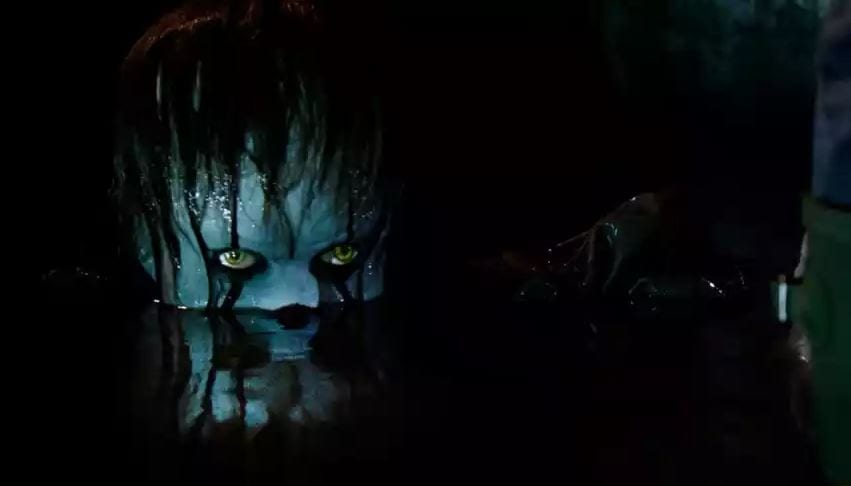 This scene depicted more of the Goonies and Stand by Me aspect of the film with six members of the Losers Club (Jaeden Lieberher as Bill Denbrough, Finn Wolfhard as Richie “Trashmouth” Tozier, Jack Dylan Grazer as Eddie Kaspbrak, Wyatt Oleff as Stan Uris, and Jeremy Ray Taylor as Ben Hanscom) hanging out in their hometown of Derry, Maine. Ben has the letter “H” branded onto his stomach, most likely bestowed on him from the local bully, Henry Bowers. They’re all looking over a deep quarry preparing to jump in the water when tomboy Bev Marsh (played by Sophia Lillis) shows up to complete the gang. After they’ve all jumped and are back on land, Ben pulls out his history project and the club takes no time pointing out just how shady their little town in.

Ben points out that, “Derry’s not like any town I’ve ever been in before. They did a study once, and it turns out people die or disappear here at six times the national average.” He then tells that that what he has found is even worse.

The second clip really got into the good stuff – the horror. We meet the seventh member of the Losers Club, Mike Hanlon (Chosen Jacob). Mike is one of the only black kids in town and is bullied way more than the other kids. As three bullies pin Mike to some rocks, audiences got their first glimpse at Pennywise (Bill Skarsgard). He is waving a hand at Mike except upon closer inspection you realize it’s not a hand at all – it’s a child’s arm that was ripped off. Pennywise has blood smeared all around his creepy smile signifying that he’s been most likely eating it. Just as bully Henry prepares to hit Mike with a rock, the other Losers Club kids show up and take them on.

The audience was shown an advanced preview of the film’s upcoming trailer as well, which should be released in the coming weeks. It’s main elements focusing on the town of Derry, the symbolic elements like red balloons, and young Georige, Ben’s little brother. The final scene is Pennywise in a room full of clown dolls revealing himself to Richie by cracking that creepy smile again and then lunging at him.

Be on the lookout for the trailer soon!

A new poster was released for the film was well. 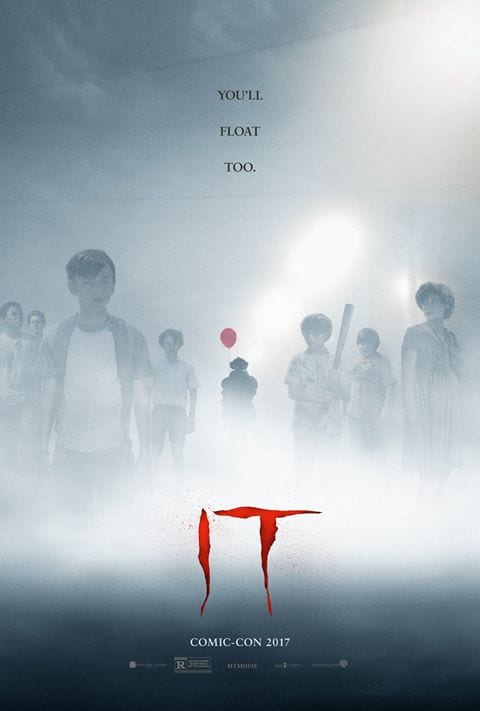 Home » Featured » SDCC: A New Poster and Details About the Secret Footage Shown From ‘It’