When it come to exclusives at San Diego Comic-Con, the first names you think of are Funko and Hasbro, but Entertainment Earth has become one of the fastest growing companies when it comes to generating large amounts of exclusives, second only to Funko.

The Entertainment Earth Booth # 2343 is a must to stop by and grab a few collectibles. As with other exclusives, buyers can pre-order and have the items shipped to them after the convention is over, or just stop by their booth and purchase them there, while supplies last.

Let’s see what we can expect this year: 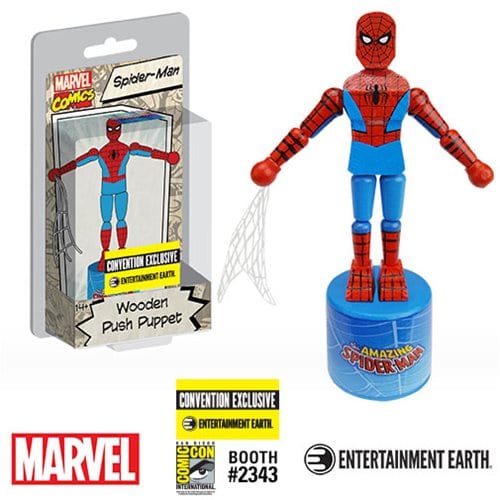 Features a 5″ scale floppy wooden puppet. Figure collapses and moves when button is pushed and then stands again. The solid wood figure is hand-painted with some decal elements. It is individually numbered with a holographic sticker. (Ages 14+) 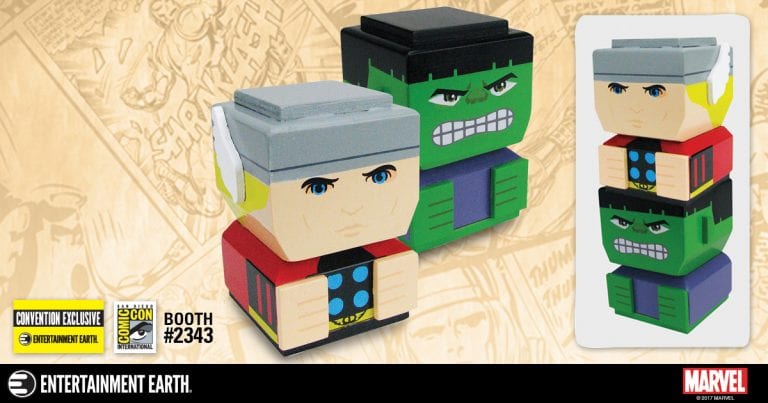 Stackable wooden Tiki Tiki Totem pieces standing about 3″ tall. Thor and Hulk have 360° artwork and is a limited edition set with a holograohic sticker and production number. (Ages 14+) 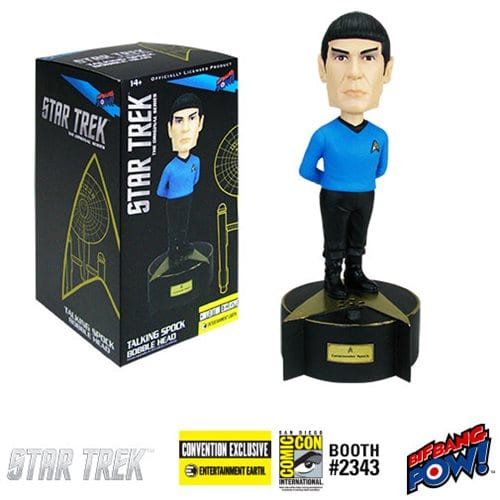 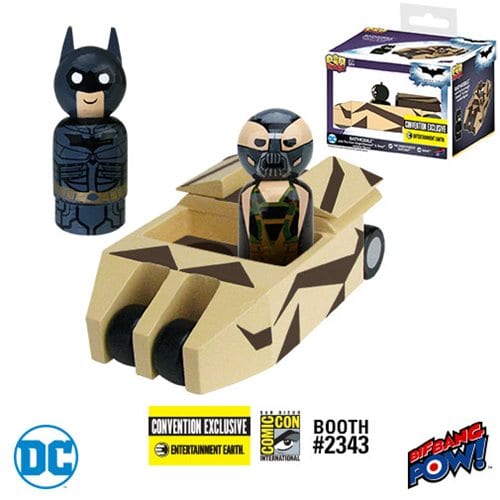 Inspired by The Dark Knight 2012 film, the Batmobile is given a camo touch. The Wooden vehicle has a 2″ scale with rolling wheels and seats 2 Bif Bang Pow! Pin Mate™ figures. Includes 2″ scale Batman (#47) and Bane (#48) Pin Mate™ figures. Individually labeled with a holographic sticker. (Ages 14+). 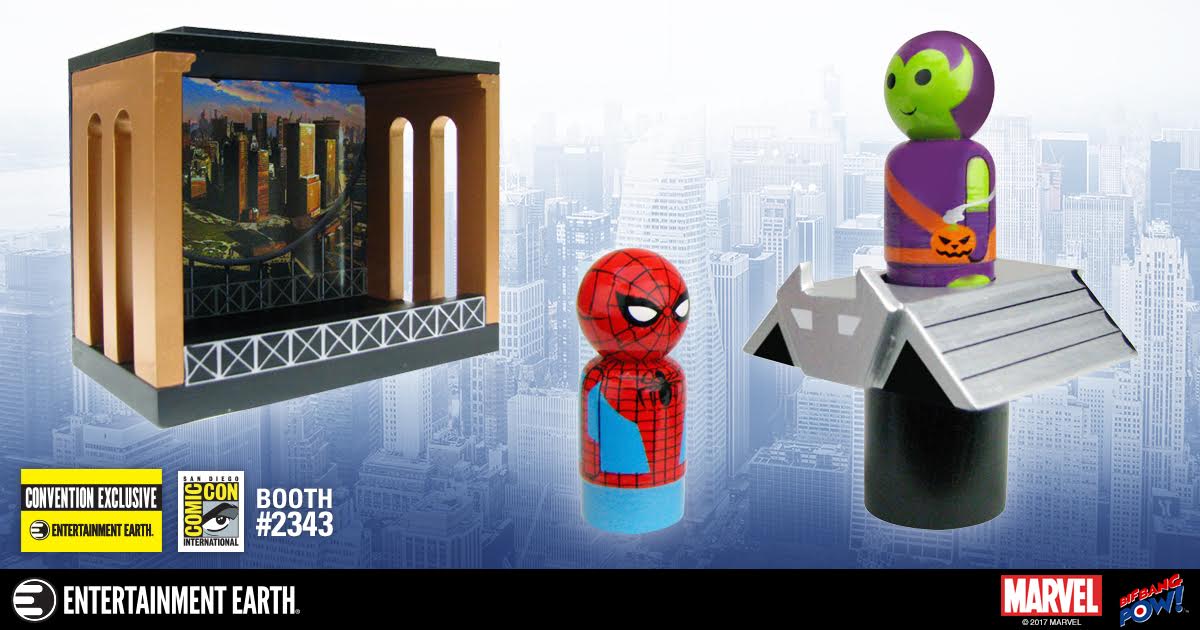 Features Spider-Man (#11) and Green Goblin (#13) Pin Mates™ and a wooden diorama of the New York City skyline. Includes the Goblin Glider and both 2″ scale figures are individually numbered within the Marvel Pin Mate™ series. (Ages 14+) 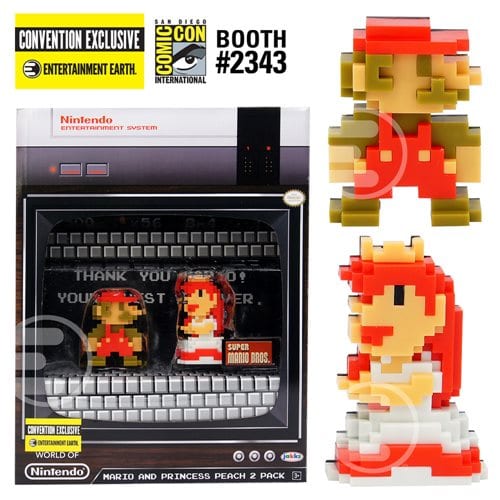 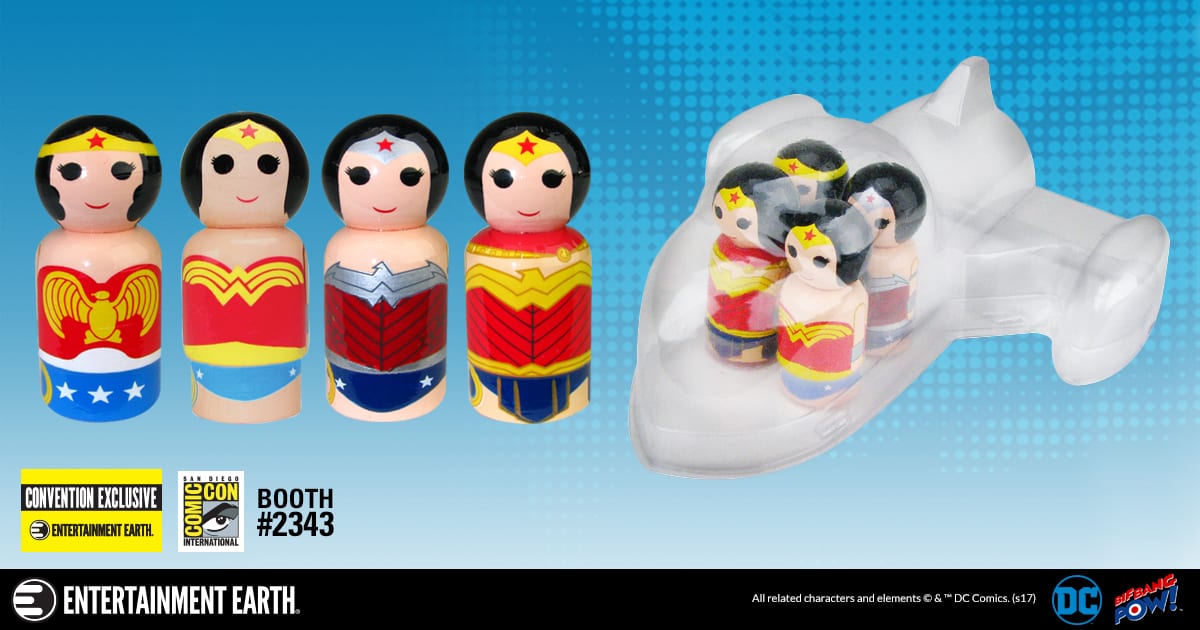 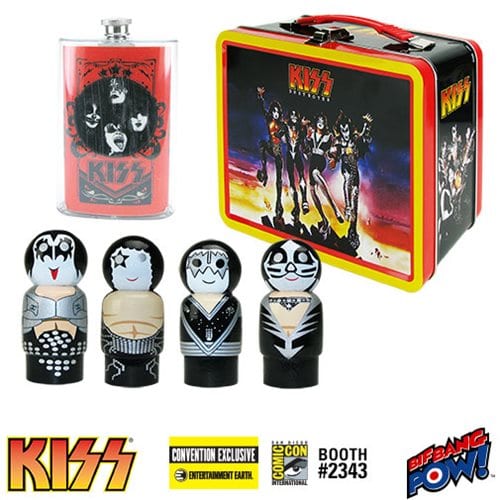 Limited Edition set includes a 8 5/8 ” wide x 7″ tall x 4″ deep metal tote and features the Pin Mate figures in the Destroyer-era artwork on all sides including the album cover on the front. Inside tote, you will find a 5-oz plastic KISS flask with a stainless steel interior along with 4 four 2″ scale figures of The Catman, The Demon, The Starchild and The Spaceman. Each Set is individually numbered with a holographic sticker. (Ages 14+). 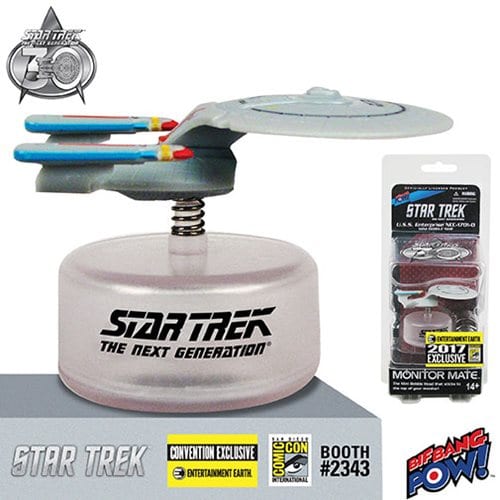 Make sure you stop and pick up this Star Trek: The Next Generation Enterprise Monitor Mate Bobble Ship with a clear base. Made of PVC plastic and stands 2 5/8″ long x 1 7/8″ tall x 2″ wide including base. It comes with a non-damaging adhesive pad that sticks to any smooth surface or onto a monitor. 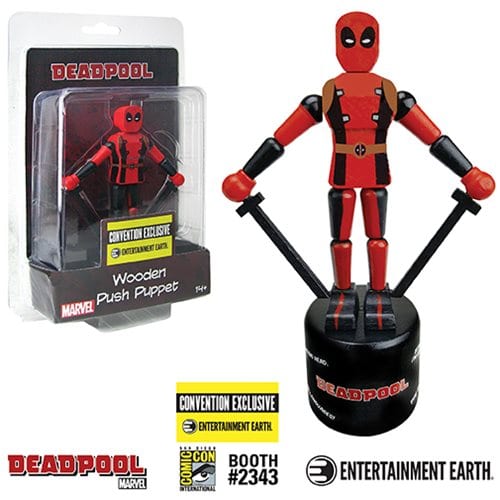 A 5″ scale wooden Deadpool puppet collapses, moves and stands again when the hidden button on the bottom of the base is pushed. Features hand-painted artwork as well as some decals. Each puppet is individually numbered with a holographic sticker. Limited to only 492 figures. (Ages 14+) 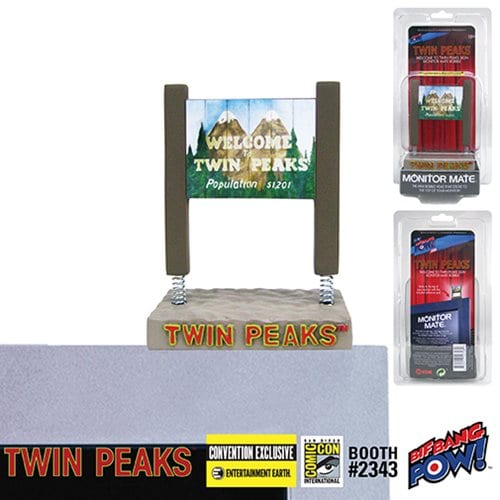 Monitor Mate can stick to the top of your monitor or other smooth surfaces. The iconic sign measures 3 1/2″ tall x 2 3/4″ wide with the sign reading “Welcome to Twin Peaks – Population 51,201.”  Individually numbered with a holographic sticker. (ages 18+).

So don’t forget to stop by the Entertainment Earth Booth # 2343 to grab a few collectibles or pre-order now to have them shipped directly to you after the convention. (While supplies last).