Cryptozoic Entertainment’s Booth #115 will bring you more than just Golden Goddess DC Bombshells. Check it out below:

Each premium pack features 3 Autograph Cards from a season 2 or 3 cast member along with one chase card. Available for pre-order for convention pick-up at Booth #115. 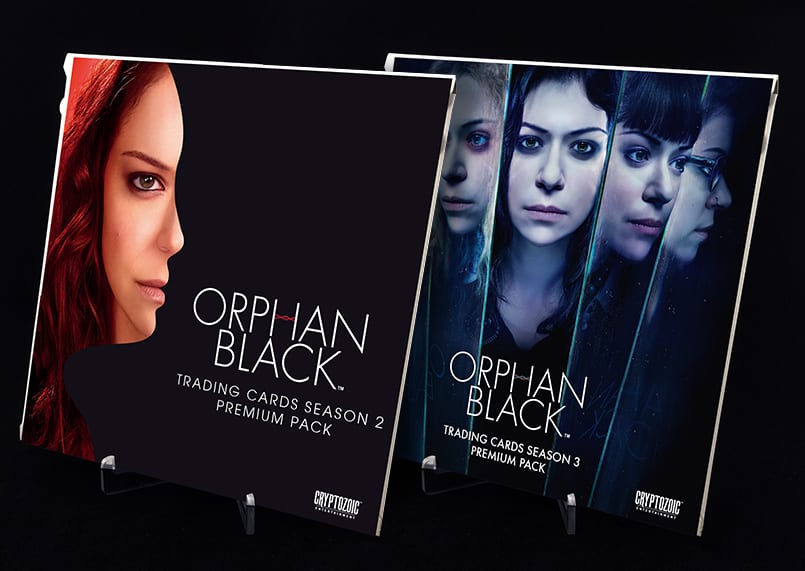 Polyresin statue stands 7″ and features Joker’s iconic gloved hand which is splattered with blood. Includes four interchangeable cards and an exclusive variant promo card. Each is numbered from 1-200 and includes Certificate of Authenticity.

Available for pre-order to be pick-up onsite at Booth #115. If no items are available online, a limited number will be for on-site purchase. 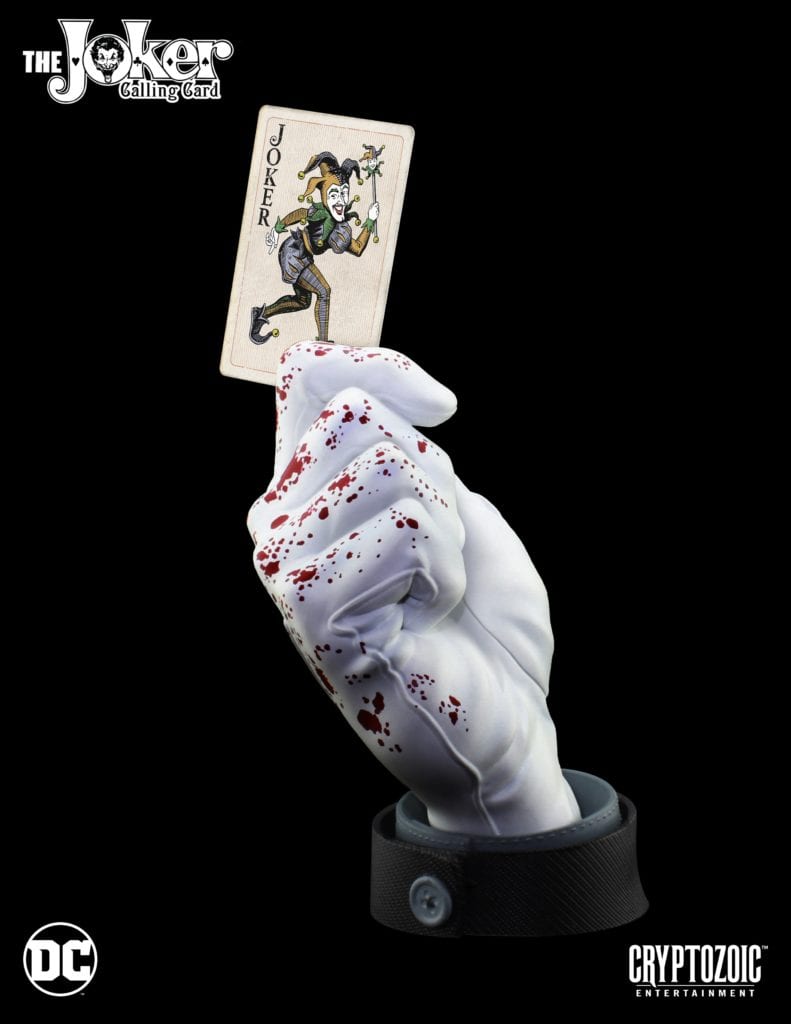 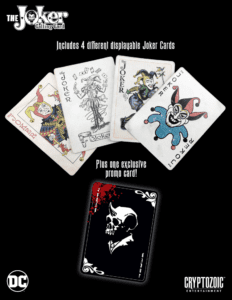 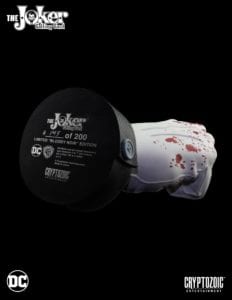 Harley Quinn turns 25! The metallic red variant figure is stamped with a “Harley Quinn” 25 logo on the base. Each is numbered and are limited to 500 pieces. Available for pre-order for on-site pick-up at Booth #115 as well as on-site purchase in limited quantities. 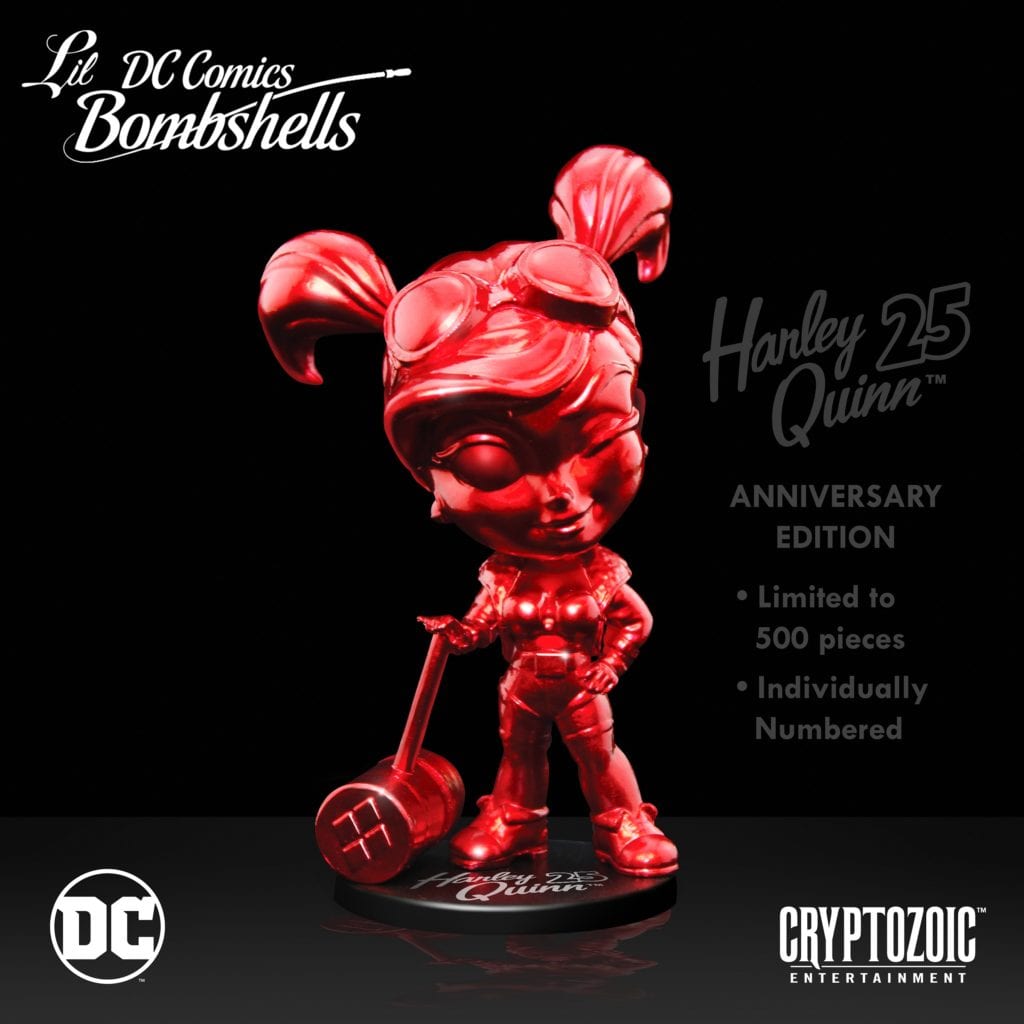 The vinyl figures feature 3 iconic characters from the DC Universe, Wonder Woman, Harley Quinn, and Catwoman. Each figure is limited to 250 pieces. Item is currently unavailable for pre-order online but 200 pieces will be available for on-site purchase at Booth #115 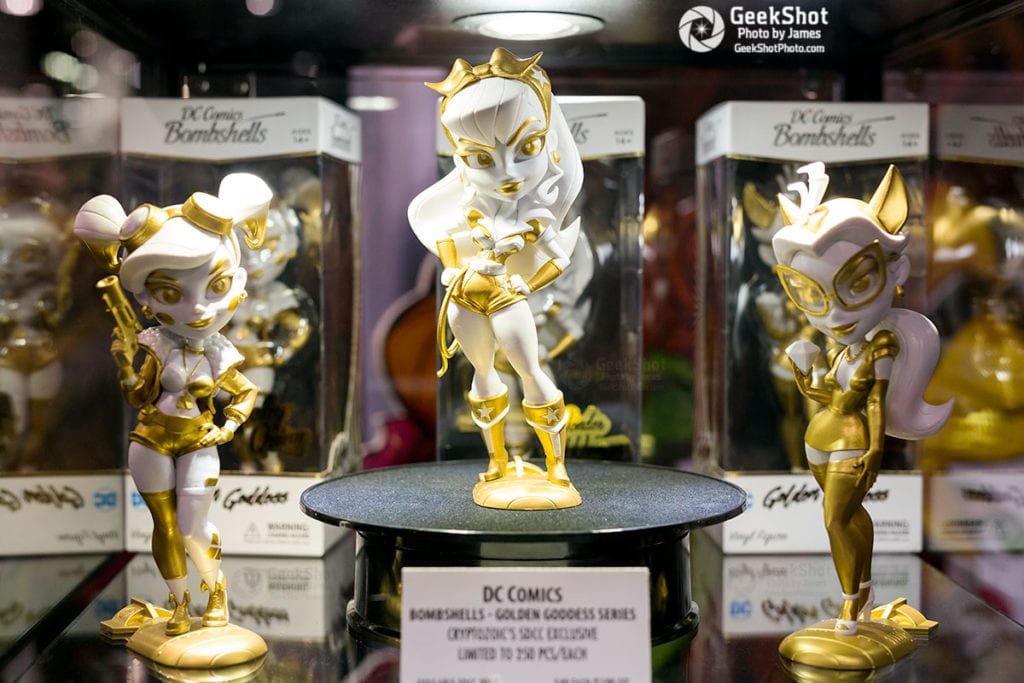 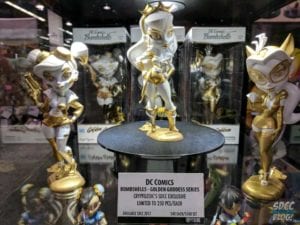 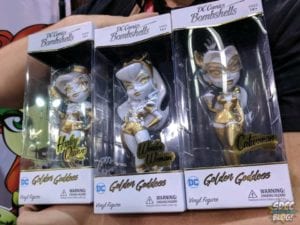 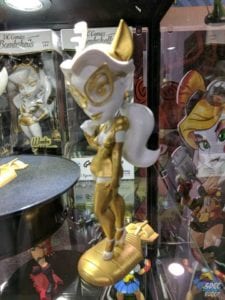 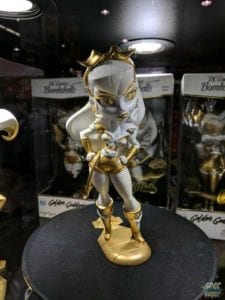 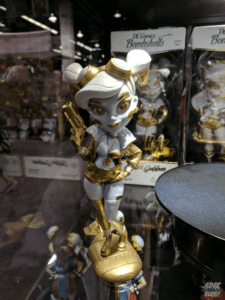