The new film from the franchise titled Scream is due out in January and Paramount Pictures has released a stylish new poster for it that teases the latest showdown between mystery killer Ghostface and Neve Campbell’s Sidney Prescott.

The poster depicts the familiar sight of the Ghostface mask out of focus in the background. Meanwhile, a slither of Sidney’s face can be seen in focus, as reflected in the murderer’s blood-stained knife. The tagline hints at a connection between Sidney and the latest movie-loving maniac murdering their way through Woodsboro. “It’s always someone you know,” it reads. Check out the poster in the gallery below: 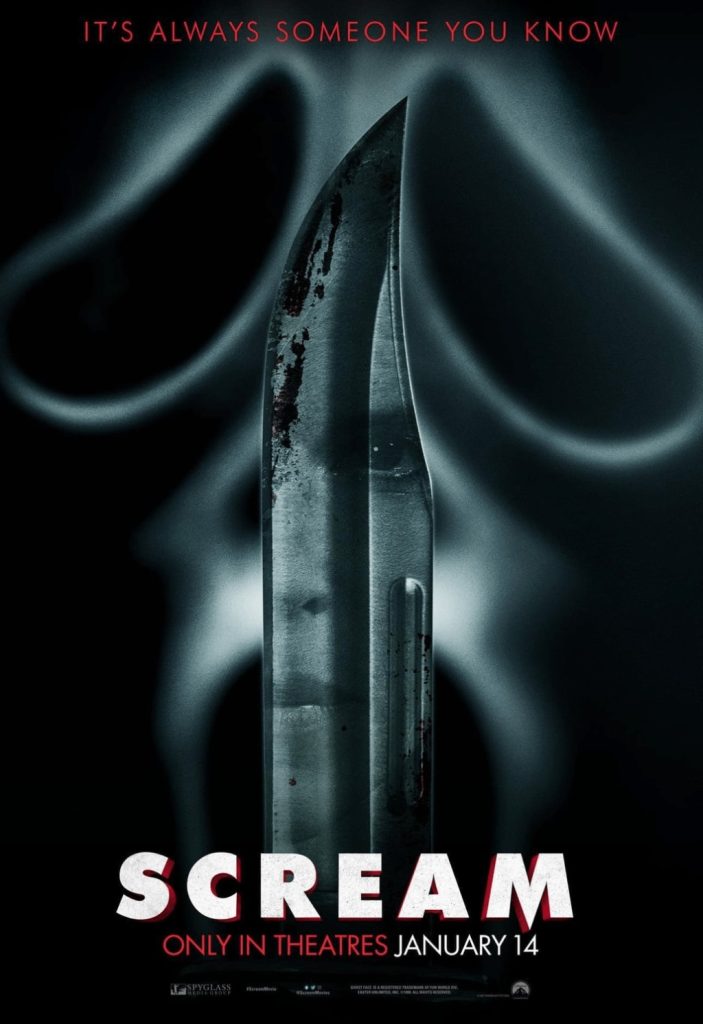 That tagline is certainly accurate, as at least one of the Ghostfaces in each film has had a close connection to Sidney, with the killers including⏤spoiler alert!⏤her high school boyfriend Billy Loomis, her secret brother Roman, and her cousin Jill. We caught a glimpse of a confrontation between Sidney and the newest masked mastermind in the first trailer, with Ghostface noting that it was “an honor” to meet her. But the tagline seems to be telling us to not take this at face value and that it’s someone who knows Sid after all.

Campbell is joined in the film once again by Courteney Cox and David Arquette as Gale Weathers and ex-Sheriff Dewey Riley, respectively, with Marley Shelton returning from Scream 4 as Judy Hicks. Newcomers to the cast include Melissa Barrera as the next-gen protagonist Sam Carpenter, Jenna Ortega as Tara, Mason Gooding as Chad, Jack Quaid as Richie, Dylan Minnette as Wes, Jasmin Savoy Brown as Mindy, and Kyle Gallner as Vince. Could any of them be the secret serial killer?