It’s going to be a Marvel melee as Clark Gregg (Agents of S.H.I.E.L.D) and Hayley Atwell (Agent Carter) escalate their Dubsmash rivalry to a final showdown on the ‘Lip Sync Battle‘ stage. 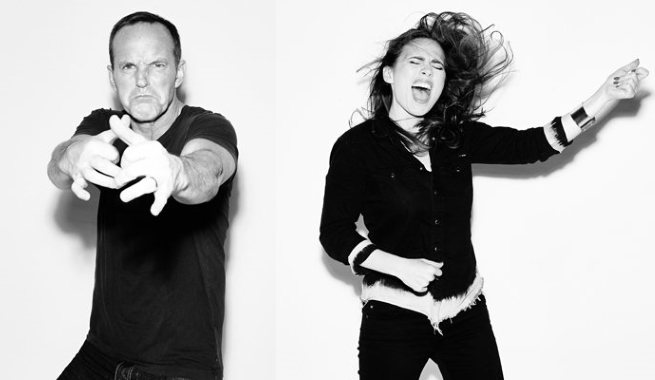 The two actors began a friendly and fun Dubsmash war last year during Comic Con which, eventually, became a charity event. The casts of ‘Agents of S.H.I.E.L.D‘ and ‘Agent Carter’ created competing videos and allowed fans to vote for their favorites by making donations through a CrowdRise campaign, in order to raise money for their respective charities. The ‘Agent Carter’ cast eventually won, raising $79,259 for Stomp Out Bullying though, the ‘Agents of S.H.I.E.L.D’ cast wasn’t too far behind. They raised $75,070 for St. Jude’s Children’s Research Hospital.

In the below sneak peek of the upcoming episode, Clark Gregg, in a full flight attendant outfit and all, takes on ‘Toxic’ by Britney Spears. Also below, check out a hilarious compilation of the Dubsmash videos which started it all!

Be sure to tune in to ‘Lip Sync Battle’ this Thursday at 10pm EST on Spike.