Share
Pin
Tweet
After many months of rumors, Fox finally announced who will be playing Cable in the upcoming Deadpool 2. Josh Brolin will be taking on the role, and fans could not be more ecstatic about the choice. To many Marvel fans, Josh Brolin is easily recognized as playing Thanos in the Avengers series.
Not long after the official announcement was made public, Ryan Reynolds took to Twitter in order to address the casting of Josh Brolin in a true Wade Wilson fashion. The following photo was posted with the tagline:

“The ***, Fox! You can’t play 2 characters in the same universe!! Josh Brolin was in Sicario and I was in Sabrina The Teenage Witch.” 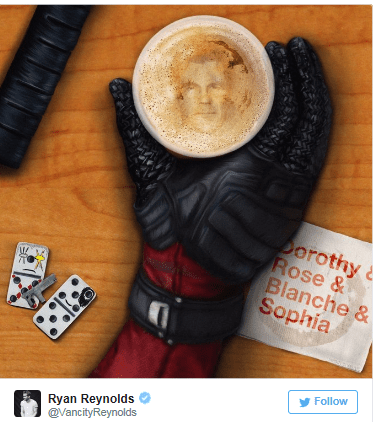 Cable creator Rob Liefeld also stated his feelings on the matter in a recent interview with Comicbook.com, seeming extremely enthusiastic about it:

“Josh Brolin brings both the gravitas as well as the physicality required to bring Cable to life on the big screen! He’s an amazing actor and I’m as excited as anyone to see him paired with Ryan Reynolds, Zazie Beetz in Deadpool 2!! Cable, Domino and Deadpool people!! It’s happening!!!”

Deadpool 2 still doesn’t have a set release date, it is expected to shoot this summer for a release sometime in 2018 (hopefully sooner rather than later!!).