Could we BE anymore disappointed with this news?  With revivals and reboots being all the rage lately, fans of the popular 1990’s NBC series Friends have been scouring the internet and newsfeeds for any signs of a potential rebirth for the series.  After all, with the rebooting/revival of The X-Files, Twin Peaks, Gilmore Girls, Prison Break and even Will and Grace, a concept of a Friends reunion isn’t necessarily out of the realm of reality.

Fans really got into an uproar and started totally freaking out when, over the weekend, a seemingly realistic promo poster for a Friends revival magically appeared online and, you know, if it’s on the internet, it MUST be true, right?  Unfortunately, this turned out to be real, fake news.  What gave the imposter poster even more fake credibility was that it was shared by a fake Facebook account for David Schwimmer (who played Ross on the hit series). 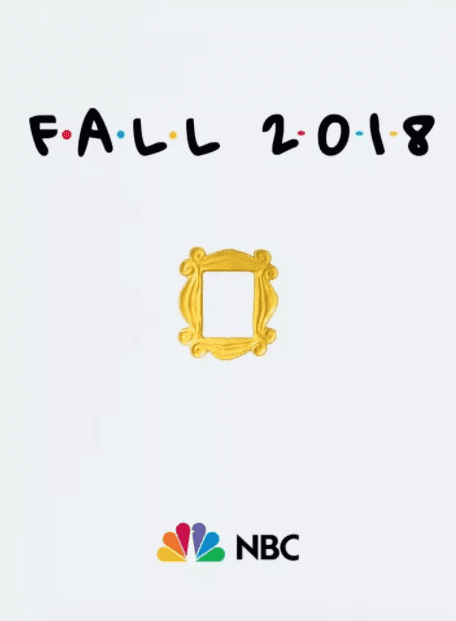 Oh, how we wish this were true.  The David Schwimmer Facebook page has since been removed but not before the damage had already been done.  As we all know, things spread pretty quickly via social media.  According to BuzzFeed, the fake poster was shared over 350,000 times before the page was shut down.

In the past, cast, crew and creators have confirmed, on numerous occasions, that there would not be a reunion or a revival of the series any time soon.   As Hellogiggles points out, the folks behind the series have been shutting down these rumors for years and they have the headlines to prove it:

So, while we hate being the bearers of bad news, we felt you needed to know about this one.  Now, if you’ll excuse me, I’m going to go snuggle with Hugsy, my bedtime penguin pal, and have myself a Friends binging marathon starting right from the very beginning.