The big question heading into the match between Logan Paul and Roman Reigns at Crown Jewel isn’t “can Paul pull off an upset?” but rather “how long with Paul survive?” But current SmackDown Women’s Champion Ronda Rousey has another idea — let Paul beat “The Tribal Chief.”

I’m going to try and say this as best I can. What they need to do with Logan Paul is make sure he loves this, has an amazing time, and wants to make this his home.
Many people would love to see Rousey get defeated by Bray Wyatt, but she doesn’t believe it makes sense. If I were booking the fight, I would have Logan Paul beat Roman Reigns. I would For many reasons, he is one of the most popular people right now. You want to be able to win against him. 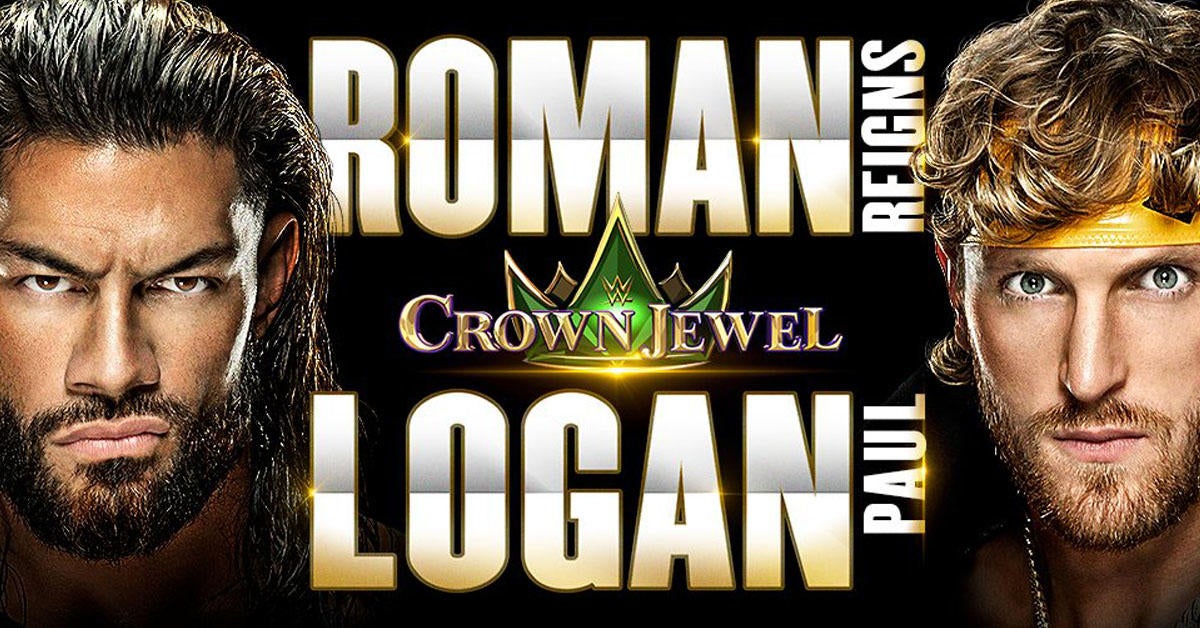 You want to legitimize him Currently, Roman Reigns does not have any other athletes to compete against. This would give Roman Reigns something to do and would actually elevate him to be in a back-and-forth with Logan Paul. When the Bloodline members start ganging up on one person, and that person is having a great time, he’s going to call in reinforcements from his brother to even the odds. This way, you can have fun with both of them.

I would book a trip for Logan Paul that is so much fun, his brother will want to come along too. You have to put over the new guys You have to If I were to book it, Logan Paul would get the victory. Roman Reigns would start to cheat, with interference from the Bloodline. Jake Paul comes out for even the odds and in the end, Logan Paul is victorious. There would be a lot of anger, the Paul brothers would get involved, and they would turn into heels.

You must get your horse to rear up onto its hind legs as soon as possible, because that is where their strength lies. That’s how I would book it Then I would make them tag champs I would place the Paul brothers as the new possessors of Bloodline’s gold, and then have Bloodline fight to get it back leading up to Mania.

“My goals would be to make sure the Paul brothers have a great f—ing time, you put them over hardcore and make it so they want to make this their home. They’re going to making less money doing this than those boxing fights. The only way you’re going to be doing something making less money with your time is because you love it more. They have to basically court them,” she continued.

What does everyone think about Rousey’s idea? Would it be successful or a complete flop, akin to David Arquette’s WCW Championship run? Let me know what you think in the comments!