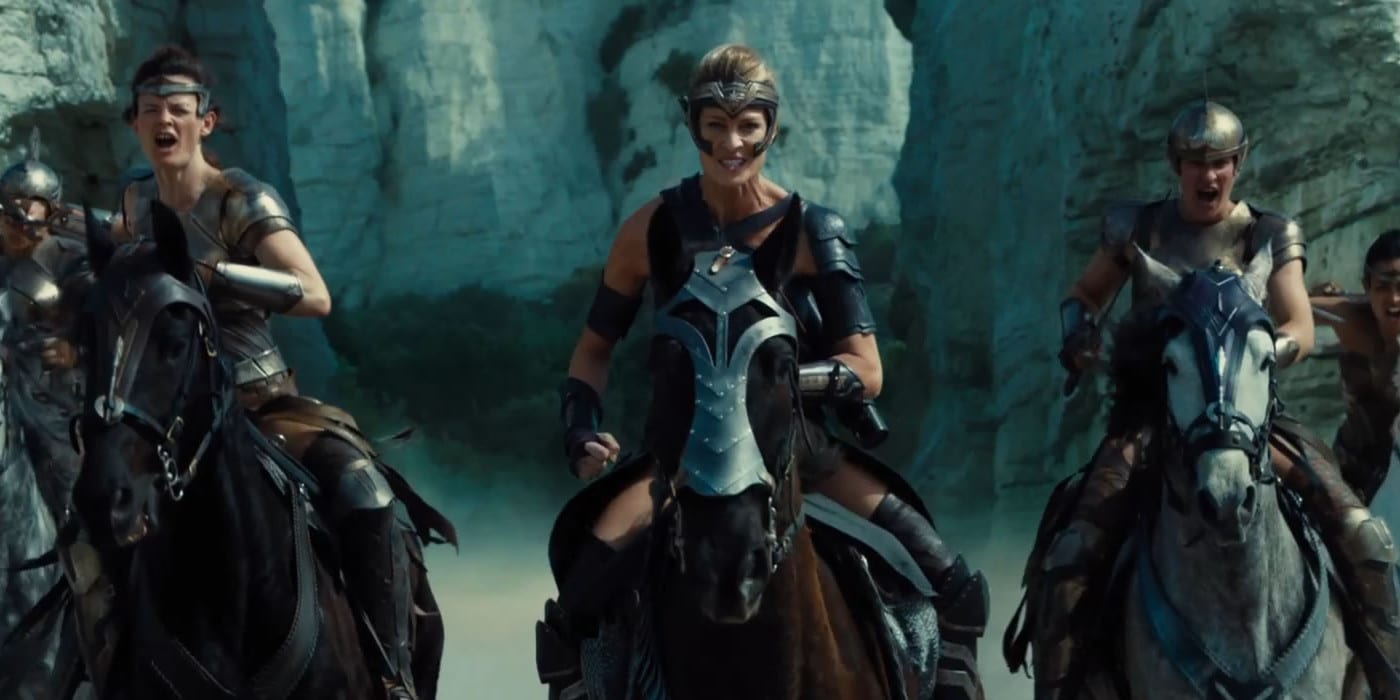 SPOILERS FOR WONDER WOMAN BELOW

Antiope may have met a tragic end at the start of Wonder Woman, but it’s not the last we’ve seen of her. It was confirmed today that Robin Wright will be reprising her role as the Amazonian General in Justice League along with Connie Nielsen’s Hippolyta. In a recent interview with the LA Times, Wright, Nielsen and Wonder Woman herself Gal Gadot spoke a bit about how the Amazons would fit into the next DCEU film, saying –

[Wonder Woman] only briefly touches on the relationship between Queen Hippolyta and Diana. Are we going to see more of that in the future?

Gadot: Of course; the mother and daughter relationship is always a beautiful but complex relationship. I think that there’s a lot more to explore.

Nielsen: And [Wright and I] got to do more in Justice League as well. As sisters as well. Kind of badass as well. We can’t say much, but…

Wright: And more of the story, you get some of the history.

How do you think the Amazons’ story will fit into Justice League?