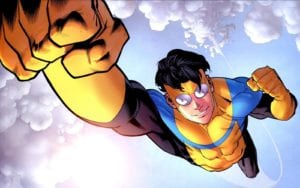 Seth Rogen and Evan Goldberg are teaming up to create Robert Kirkman’s comic book “Invincible” as a movie for Universal Studios.

The team will write, direct, and produce the pic through their Point Grey banner.

Kirkman will also produce, via his Skybound Entertainment and his partners David Alpert, Bryan Furst, and Sean Furst. James Weaver, a principal with Rogen and Goldberg at Point Grey, will also produce. The project falls under Skybound’s first-look deal with Universal. 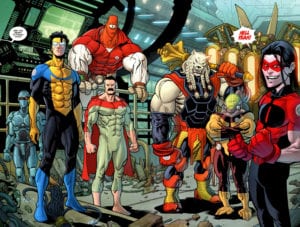 Invincible is an Image Comics Universe series named for its superhero, “Invincible” (“Mark Grayson”). Created by Robert Kirkman and artist Cory Walker, Invincible first appeared in Tech Jacket #1 (November 2002), before graduating to his own self-titled regular series in 2003, as the premier title in Image’s then-new superhero line.

Grayson is the teenaged son of Omni-Man, an extraterrestrial superhero of the Viltrumite race. Invincible inherited his father’s superhuman strength and ability to fly and he has sworn to protect the Earth. He has had trouble adjusting to his newfound powers and coping with the reality of his origins.

The comic, which has been in publication since 2003, follows a normal high school student with just one difference between him and his peers — his father is the most powerful superhero on the planet, and he, too, will inherit his own set of super powers.

“For nearly a decade I’ve had to endure the ‘what about Invincible?’ question as fans have watched ‘The Walking Dead’ grow into the multi-media monstrosity it has become over the years,” said Kirkman. “The answer was always that we were waiting for the right team to partner with. That team has arrived! The esteemed misters Goldberg and Rogen have proven themselves to be top-notch directors with a keen collective eye for stunning visuals after slumming it by writing hit after juggernaut hit.” 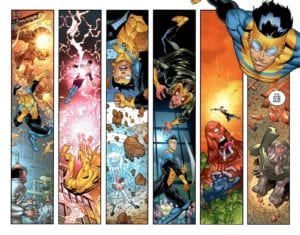 In August 2016, Robert Kirkman announced that the series would end late in 2017 with issue #144, with Ryan Ottley “coming back to the book” for the final twelve-issue sequence.

Home » Fandom » Robert Kirkman’s ‘Invincible’ To Be Adapted to Film