Chapter 17 saw Archie going full badass on the Serpents and Betty getting a sketchy phone call from Black Hood.

The fight that Archie started with the South Side is going to come back to bite him. It is also making Jughead decide which side he is on. Juggie decides to dawn the leather jacket and join the Serpents. Not everyone believes his loyalty. He is set to the test to prove his worth. Toni helps him prepare. She believes in him so much that she calls him “Juggie.” No one except Betty can call him “Juggie”

Betty gets another call from Black Hood and this time he wants her to pledge her loyalty to him. If she does what he asks, she’ll get to ask him a question that he must answer. He wants Betty to publish an article from her mother’s past that will ruin her credibility. Archie still thinks she should go to the cops.

The St. Clair’s are in town and Nick, Veronica’s ex, is among them. They are investing in Hiram’s company. Nick is a ghost from Veronica’s past and he seems to be haunting Archie more than Veronica. 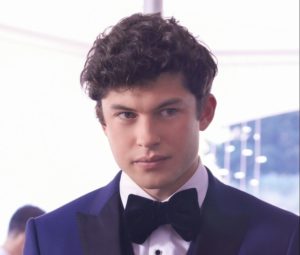 Bughead meet at Pop’s Diner and it is a much needed reunion after Toni’s “Juggie” slip… Betty then gets another call from Black Hood and he wants her to cut Veronica out.

Nick throws a party and he brings the fun, and jingle jangle. Betty, not partaking in the shenanigans, blows up at Veronica. After she leaves, Nick makes him move on Veronica. It lands him an intense slap in the face.

Betty gets another call and this time the Black Hood wants her to cut Jughead out. Or he will. She tells Archie because she wants him to help her keep Jughead away for a while.

At the Lodge’s open house, Alice decides to embrace her Serpent side and she makes the entrance of the century. Nick also reveals that he has been in and out of rehab and apologizes for his behavior at the party. Cheryl joins Nick at the open house and he slips her something sketchy. Luckily, Veronica and the Pussycats catch him before he can do something awful.

Archie goes to Jughead’s to warn him when the Serpents corner them. Archie freaks out and tell Jughead that Betty wants to break up with him because of his allegiance to the dark side. This upsets Jughead as he prepares for his final test. He passes and Toni comforts him following the break up. 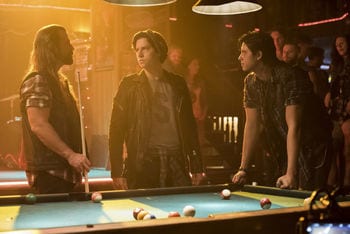 Betty gets one last phone call and she is ordered to go to an abandoned house to find out the Black Hood’s identity. He gives her a hood to wear and tells her that they are one in the same. He tells her that he knows about Archie being in on the phone calls and demands another name or he’ll kill Polly.

She gives him Nick St. Clair.

I do not believe it. Bughead, you’re better than this. Just wait until Betty hears about all of this. I am very upset because Bughead is supposed to be forever. “Tughead” doesn’t even sound right. Hopefully they can reconcile soon and then we can all forget about Toni.

I am so proud of Veronica and Archie in this episode. Veronica confronted her past and overcame it and Archie put his Red Circle days behind him. Betty, however, is in a tough situation and I honestly can’t say I would react any differently. Tune in next week for more Riverdale action.