Season three of Rick and Morty started off on the premise that Rick’s big story arc was bringing about the return of the McDonalds Szechuan chicken sauce (which is coming back soon for one day only if the news is to be believed), but more important than delicious Disney themed chicken nugget sauce, is the fact that Rick’s actions in the premier didn’t just destroy the Galactic Federation but allowed him to seize power within the Smith family. Rick’s systematic removal of Jerry as patriarch not only opened the doors for the shows darkest season but also helped highlight Jerrys importance. We know that Jerry is a “simple, honest, simple man” but it’s that simplicity/honesty that holds the Smith family together and keeps Rick in check. I argued at the very start of this season that Jerry was going to need to return in order to restore balance to the darkness. If we learned anything from this season it’s that Rick is not fit to be the patriarch of any family, and I would argue that he really doesn’t want to be. One of Rick’s biggest characteristics is how he acts like he gives zero craps but when in reality he cares a great deal, and I think there’s a large part of Rick that understands how toxic he is and fears being alone. How else would you explain the ending of this episode? 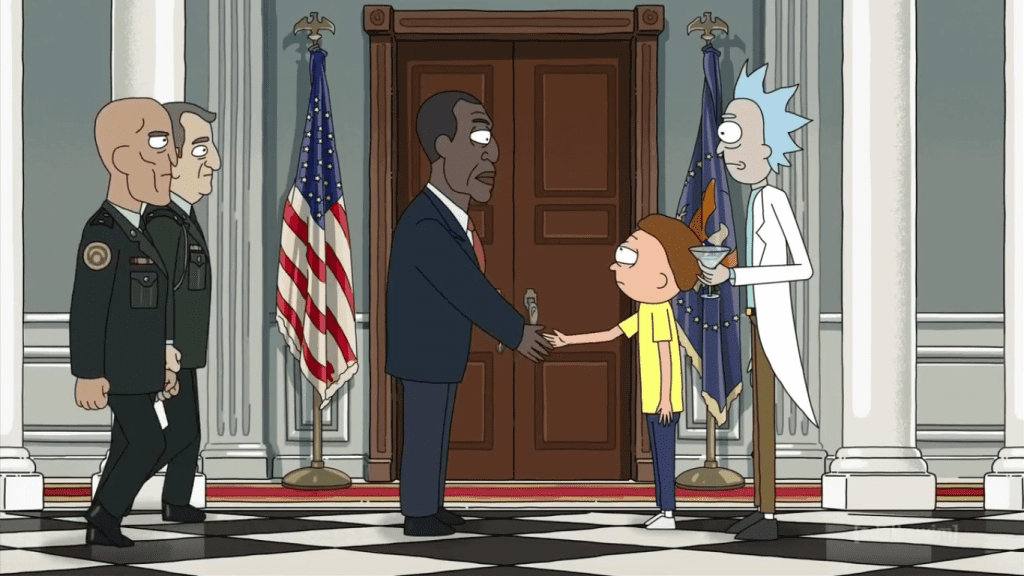 The most surprising aspect of Rick and Morty’s season three finale was the fact that they were willing to pick up the “is Beth a clone” thread from the previous episode. I for one thought that this would be one of the shows more ambiguous questions where it left it up to the viewer to decide never to be addressed again, but of course, I was wrong. The “is Beth a clone” setup was instrumental to this episode as it gave Beth the courage needed to move out of the shadow that is the threat of Rick leaving again. Granted, moving out of that shadow drove her straight into the arms of Jerry, the very thing Rick was hoping to avoid, but she did so by her own free will and choice. Not because she was a pregnant teenager or because she was a woman stuck with no options with sever father issues but because she made a choice which is exactly what Rick was offering her in the first place. Either Beth would roam the galaxy and get into adventures or she would stay with her family and be a mother. No matter what the choice was the important factor here was Beth was choosing her place in the galaxy which was the only real fatherly gift Rick could ever give. We don’t have much proof that the Beth in this episode was actually our Beth and not a clone, we only have Rick’s word for that, but the existential question of it all forced Beth into recognizing that her father… is a bit of a monster and it’s that recognition that allows the Smith family to heal a little bit.

Throughout the course of the season, we’ve watched as Rick has become almost bored with his space adventures which would heavily imply that he is no longer challenged. Throughout the course of this season, we’ve heard Rick referred to as a god a number of times either from himself or other characters, and last night was no different. A god who just doesn’t see the point in things anymore because nothing really matters anyway, and I think to some degree that’s allowed Rick to become lazy. Just look what’s happened around him this year. He destroyed the Citadel of Ricks and the Galactic Federation but couldn’t be bothered to check in on either one of them. Now the Citadel belongs to Evil Morty and the Galactic Federation is operating underground with Tammy and his former best friend, Phoenix Person. On top of that, the family he was trying to control has ultimately told him they don’t care if he stays or chooses another timeline. The newly united Smiths have put Rick on the outside by telling him that the house will run like a more streamlined season one, and if he wants to be a part of this family then he’ll have to adapt. That means no more talking trash about Jerry. 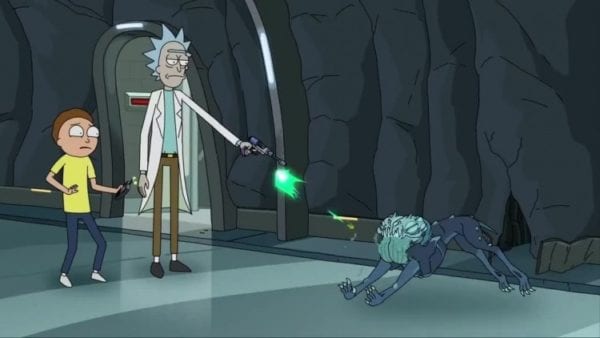 Even in this new family dynamic, Rick no longer has a grasp on his own Morty. All season long we’ve watched as Morty has grown and matured, not always for the best, and has finally reached a point where he understands that Rick’s actions are dangerous. I mean, Rick is the type of guy who will remove memories of his grandson beating him in checkers. Rick has taken his Morty for granted when the writing has been on the wall all season that Morty has become fed up. When push comes to shove it’s Morty who pulls the plug on Rick’s battle with the President. Having heard that Rick may have turned his mother into a clone and may have indirectly threatened to terminate her was enough for Morty to step in and take charge by moving the Smiths to a “safe” location. Watching Morty take charge was something we’ve seen this season in the Vindicators episode where we learned that Morty has apparently been cleaning up Rick’s messes for awhile, but Morty’s decision here came on behalf of the safety of his family. His grandfather was waging a war against America over a selfie for his grandson, a selfie that Morty didn’t even want anymore. Rick didn’t care to listen to Morty but instead got so self-involved in giving the finger to authority that he lost track of what should actually be important. His family.

Season three wrapped on a less dramatic note than previous seasons. Time hasn’t been frozen and Rick isn’t in jail… physically. The way season three ends with a close-up of Rick in his own personal hell as the Smith family laughs and enjoys each others company. If Rick hasn’t felt challenged in awhile then season four looks to really test him as he has to abide by this new family dynamic. One where he holds no sway on anyone. Beth isn’t afraid of him leaving anymore, Jerry doesn’t have to be afraid of being constantly demeaned because of Beth’s protection, Morty is able to make choices on his own, and Summer… not sure about that one. What kind of Rick could this lead to? I’m not sure, but after the shows darkest season it might be nice to have a little balance next season. Think of it this way, Rick loses in the end and can easily jump into another timeline where things are going more his way. Why doesn’t he though? Rick chooses to stay because of his “toxic” feelings. Because he’s afraid to exist without them. He may never admit to us but his actions are hard to ignore.

There you have it Geeklings, I can’t believe this is the last Rick and Morty review for a while. I’m kind of depressed about this. I’ll miss coming here every Monday to talk to you guys about the adventures of everyone’s favorite grandfather and grandson. In the meantime, there is tons for us to go over. What did you think of the finale? Did it live up to your expectations or were you hoping to see some more mythology? Do you think season four will be a little brighter? Can Rick conform to the new family dynamic? Sound off in the comments below. As always, if you’d like to talk more Rick and Morty (please, please, please) you can find me on Twitter @iamgeek32. This has been an absolute blast, guys! Thanks so much for reading. Hopefully, you’ve had as much fun as I have. Be sure to look out for my Mr. Robot and Walking Dead reviews coming later this month, and keep watching and re-watching Rick and Morty. It’s what makes the world go round.