Buddy cop/ unlikely partner films are certainly nothing new – neither are films about a special agent teaming up with a former enemy – but from the moment I saw the trailer for The Hitman’s Bodyguard, I knew this was going to be something special. Sometimes you go to the movies for an emotional thriller, to find love or to see how your favorite superhero has been adapted to the big screen. The Hitman’s Bodyguard is oddly enough none of and all of these things.

By now you probably know the synopsis:

A special agent (played by Ryan Reynolds) is tasked with guarding his mortal enemy (Samuel L Jackson), so that he can testify against a bloodthirsty Eastern European dictator (played by Gary Oldman).

It’s a fairly straightforward plot with some pretty exciting high speed chases and fight scenes, but that’s EVERY action movie. If you’re going to watch this movie, it’s for two reasons. (1) Samuel L Jackson and (2) Ryan Reynolds! What would be another throw away action/ comedy movie is actually an enjoyable thrill ride with these two veteran action/ comedic stars. The chemistry between these two is flawless as they fight, bicker and form a love/ hate relationship throughout the film. If you want “the most explosions in a film” or “most guns fired”, you’d probably be better served with a Michael Bay hit. If you want to see a movie that “says motherF#@&er the most amount of times”, then you’re in luck! I personally lost count after a few dozen. 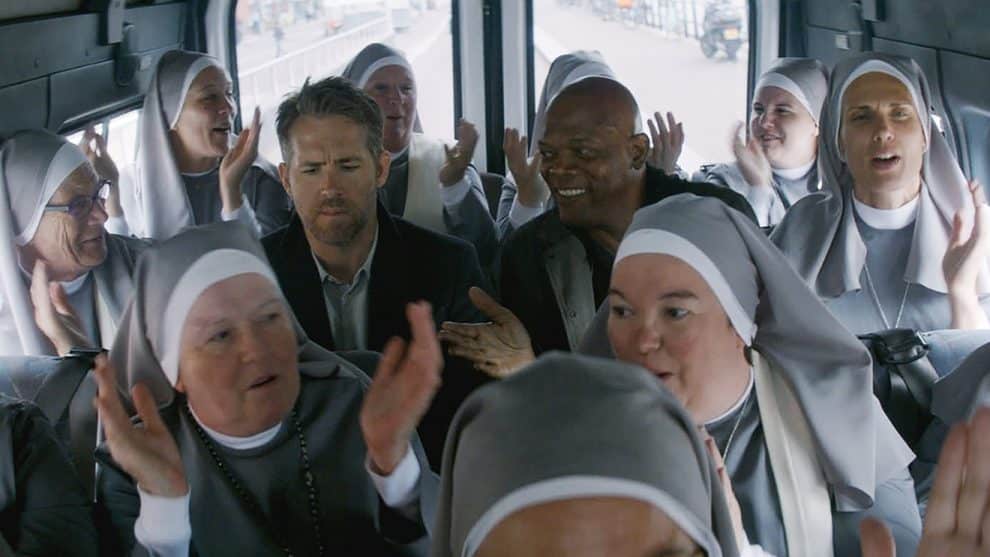 Though above all else, if you want to forget about your troubles for a little bit and laugh at a solid film with two of the most well-liked actors around, this is the movie for you! So much of this film seems effortless – in the good way! Samuel L Jackson and Ryan Reynolds are basically playing themselves. It’s as if Nick Fury and Deadpool teamed up with help from Elektra to stop an evil Commissioner Gordon and save Penelope Cruz!

Oh, did I fail to mention that? There are two leading ladies in this film who make up for their lesser screen time with even bigger take downs. Elodie Yung (whom you might know as the new Elektra from Season 2 of Daredevil) is back and her badassery is once again on full display. As for Penelope Cruz, well I don’t want to spoil anything but she has a few incredibly fun scenes as well. Rounding out the big name cast is Gary Oldman, who does a great job of playing an evil Eastern European dictator…. maybe too good a job.

As I said, this is a pretty solid movie. If you enjoy action comedies as well as Samuel L Jackson and Ryan Reynolds, you’ll like this. My only gripes are with the pre-film and post-credits scenes. Now I’m not sure if this is something that only happens at AMC theaters, but as the film is starting, it cuts to the Director saying thank you to the audience and then trying to perform his best Ryan Reynolds and Samuel L Jackson impersonations. Similarly, after the credits are finished, there will be a slight blooper scene where Ryan Reynolds is waiting to film a scene but can’t because church bells keep ringing. Both of these choices were odd and didn’t really fit with the film. They were like trying to do a Deadpool-esque meta joke without Deadpool.

Additionally, there’s multiple times where these two are serrated and ‘just happen’ to know where the other one is. Maybe being two highly skilled agents/ killers gives you that talent, but you do have to suspend your disbelief a little bit. That being said, this repeated occurrence in no way deducts from the films enjoyment. It’s light, it’s fun, why split hairs with this? 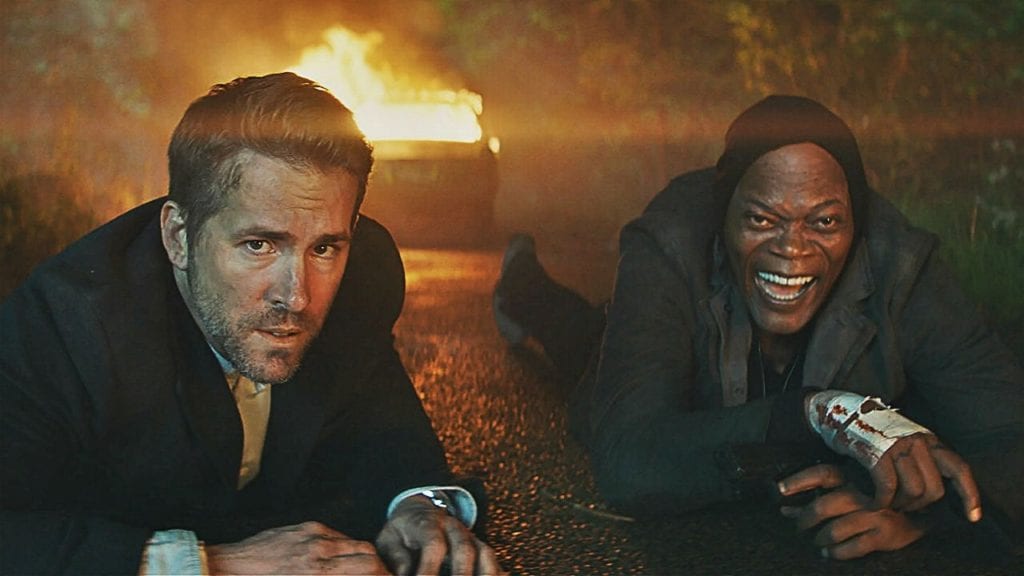 Is it the best movie ever? No, but that’s not why you came. You came to laugh and see some of your favorite actors do what they do best. And despite some minor awkward moments, I would absolutely watch this movie again – when it’s on TV. And who knows, there might even be a lesson in here. (Spoiler: Don’t mess with Penelope Cruz!)

Home » Featured » REVIEW: ‘The Hitman’s Bodyguard’ Is As Funny & Enjoyable As You’d Expect