For being a guy that operates comic-cons for a living, you’d think that I’d fall in love with every superhero film that hits theaters, but that’s the furthest thing from the truth! Typically, superhero films are nothing more than mere entertainment for me and are far from either impressive or prove to have any real depth or substance for me.  I take them for what they are – solid entertainment.  Spider-Man: Homecoming is a rarity in the current superhero film environment, as it’s fun, both fresh and nostalgic, surprising and feels like you’re reading a comic book as you’re watching it!  This may just be the best Marvel movie ever made! 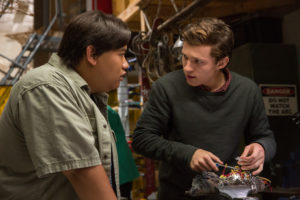 The last statement, “feels like you’re reading a comic book as you are watching it,” is what every comic book-based superhero movie should strive for and it’s director, Jon Watts, and spidey-lead, Tom Holland, have captured it amazingly!  The film has the perfect balance of youth, mystery and imagination that captured so many fans when reading the Spider-Man comics.

Oh, and by the way, thank you for not telling us… again… how Peter Parker becomes Spider-Man!

Spider-Man: Homecoming stars Tom Holland (Peter Paker/Spider-Man) as a young teen, attempting to fall back into normal life after his first round of action in Civil War.  Peter battles his desires to become a superhero against being just your friendly neighborhood Spider-Man, while balancing the life and routine of a normal teenager.  This teenager has an eclectic group of friends and characters, played by Zendaya (Michelle), Jacob Batalon (Ned), and Laura Harrier (Liz Allen).  Refreshing about these kids is that they each bring something special to the film while playing an important role to its final outcome.  Jacob Balaton may just be the best side-kick to land in a Marvel movie. 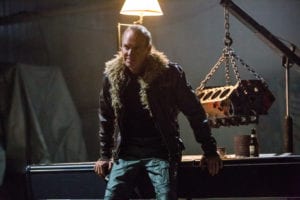 Even greater than this, Spider-Man: Homecoming doesn’t follow the typical superhero film format where the plotlines are visible or can be easily guessed.  The story of this version of teenage Peter Parker is truly unique and has so many little (and big) twists that you will be pleasantly surprised, if not shocked!

But what makes a great superhero movie great?  A great villain! Michael Keaton (Vulture) brings that element of crazy (you like nuts, let’s get nuts) that he’s brought in previous roles such as Beetlejuice. There’s just something in a Michael Keaton character that already has that element of edginess and crazy that you’re already intimidated and afraid before you even really know what to be afraid of!

As with every great superhero film, the tension and conflict between good and evil is important, but the level that it’s taken to in Spider-Man: Homecoming is something you’ve never witnessed before and on levels that will surprise you!

Spider-Man: Homecoming is the rare, superhero blockbuster that exceeds expectations and delivers!  The battle that now exists in my mind, it may have beaten up Guardians Of The Galaxy to take the title as The Best Marvel Movie Ever Made!

A young Peter Parker/Spider-Man (Tom Holland), who made his sensational debut in Captain America: Civil War, begins to navigate his newfound identity as the web-slinging super hero in Spider-Man: Homecoming. Thrilled by his experience with the Avengers, Peter returns home, where he lives with his Aunt May (Marisa Tomei), under the watchful eye of his new mentor Tony Stark (Robert Downey, Jr.). Peter tries to fall back into his normal daily routine – distracted by thoughts of proving himself to be more than just your friendly neighborhood Spider-Man – but when the Vulture (Michael Keaton) emerges as a new villain, everything that Peter holds most important will be threatened.

Home » Featured » REVIEW: Spider-Man: Homecoming Is The Best Spidey Movie Yet! (And Maybe The Best Marvel Movie Ever)

One thought on “REVIEW: Spider-Man: Homecoming Is The Best Spidey Movie Yet! (And Maybe The Best Marvel Movie Ever)”