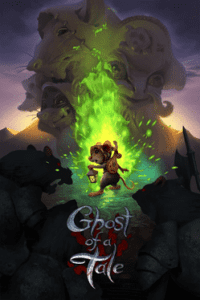 Ghost Of A Tale is an incredible adventure. While I plan to prove this point as we walk through this review together, I want to tell you to go right now and purchase the game. By the time you finish this article it may be already downloaded so you can jump right into something lovingly crafted by SeithCG.

In Ghost Of A Tale you play a mouse, Tilo, who wakes up in a prison cell. Unsure as to what happened before your arrival you set out to find your wife Merra, and find yourself assisted to escape by an unknown friend. From here begins a charming adventure game filled with different locations, beautiful graphics, and an enthralling story.

Your gameplay is simplistic but fun. As you were a prisoner, stealth tactics are necessary through the first part of the game. You sneak your way through the jail, and once you make it to the surface the scale of the world starts to hit you. I quickly forgot I was playing an “indie” game with how large this adventure was. With some RPG elements, the things you do give experience points which build your health and stamina bar, and you also can pick up different items to help you along the way. 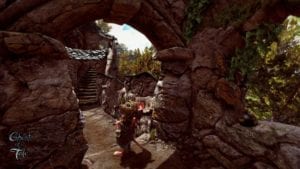 There is a costume system which is very intriguing. There are several different ones, an armored suit, a thief, a pirate, and several others. Each has different abilities to give you a boost in certain areas (the thief costume makes you harder to detect) and is useful as a disguise for certain quests, even required to progress in specific situations. My suggestion? Go after the armor right away. The armor allows you to walk around unscathed and undetected as you are disguised as a scrawny rat recruit, removing your need for stealth around rats. You move much slower, but it is worth traversing easily.

As you delve deeper into the story, it is both complex and well written. Your main objective, the search for Merra, is still present, but the way in which the narrative is woven into both your quest and the characters around you is amazing. I throughly enjoyed every second of talking with each different character and finding out what their part of the story was. By the time you make it to the end, you genuinely feel like you have made an intimate connection with your comrades. 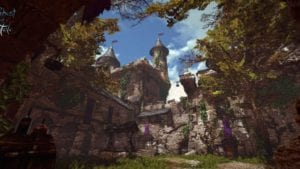 The world that has been built looks stunning. Tilo and all of the other characters look and move in a befitting fashion. Controlling Tilo is a joy in and of itself, scurrying around just as you imagine a mouse would. The different locales are teaming with beauty, from the rocky forests to the dripping caves to the worn castle. I am just so impressed by what SeithCG has created. One thing that may have been on my end, there are areas that are just too dark. While you can light a candle or use your lantern, the game does not warn you about it in those spots as it does others.

One other thing that could have been improved on a bit was the guidance the player receives. Often you are left to just figure out what to do. I enjoy this, but with the scale of this game being quite large it left me at a disadvantage quite a few times. Some items you just are going to have to explore to find, that and pick up every bit of it so you can finish the next quest that may require it. I had to use a walkthrough at one point I felt so lost. I like that you can purchase help from the blacksmith for a few of the coins you find in the game, but that was the only bit of assistance available.

Overall, Ghost Of A Tale is a game everyone should play. It has an incredible amount of heart, it is amazingly beautiful, and by the finale you have come to love the world and the characters in it. I certainly hope with the way it ends that SeithCG has a sequel in the works, because I would love to see how this Tale continues.