Thirty-eight years ago Alien became a phenomenon and with that generated a tagline that still remains equally as iconic as the film – ‘In space, no one can hear you scream.’ But, as of lately, it doesn’t come as a surprise if you hear a few screeches, or possibly an odd cry for help on the energetic streets of central London.

The screaming can be detected at Madame Tussauds new gruesome experience titled Alien: Escape, located just out of its swanky room full of celebrity A-listers. Based on Ridley Scott’s latest instalment in the franchise, the attraction is a chance to test your inner strength (or potentially find that you are in fact a scaredy-cat) and explore several horrific scenes from the film.

Scott thrilled fans this year by exporting similar gory conventions from the 1979 film to Covenant; as the haunting score begins to play in the background, you instantly find yourself grabbing onto the arm of the next person next to you, with a raised heartbeat of 100mph.The inspiration from the film is the reason why Alien: Escape is recommended for ages 15 and over.

Before boarding USCC Covenant – the titular colony ship with a crew of couples thinking they have discovered an uncharted paradise suitable to create a new home, but in reality is a world full of deathly hell – you are greeted by synthetic crewmate Walter, who could presumably also be mistaken for evil twin synthetic David (both portrayed in the film by Michael Fassbender). Out of all the waxworks in Tussauds, this one specifically is strangely stunning due to its realistic outer shell; from the character’s futuristic uniform to his firm facial expression, the extreme attention to detail should be applauded for capturing the essence of the character that makes you feel as though you are stepping straight into the film.

Preparing you for the life-threatening situation on board Covenant are a few of its crewmembers, who gear up the severity of the experience by potentially bursting your eardrum with commands. ‘Run’ is the tagline for the film starring Katherine Waterston and Danny McBride, and run is what you will do as you begin to enter Covenant’s smoked corridors. Blood-splattered doors, along with strobe lighting and eerie audio bites successfully help to create a tense atmosphere as you start to witness various horror scenes that made Alien: Covenant the ultimate upgrade from 2012’s Prometheus.

Firstly you’ll witness the aftermath of what appears to be a worst off version of a chestburster, a visually graphic scene where a neomorph has freely ruptured from the spine of Covenant’s very own Ledward (played by Benjamin Rigby). Unlike other waxwork figures (including the Walter one), this one allures a shock value about it. Madame Tussaud’s worked exclusively with Creatures Inc., who previously worked on Alien: Covenant’s creature designs and prosthetics, to recreate the gore fest that made us anxiously squeal whilst watching the Alien prequel.

You’ll next find yourself in a dark room surrounded by facehugger eggs, ready to leap at the chance of finding new Xenomorph hosts. Anyone who is familiar with both Covenant and the original Alien will understand that it is an unwise idea to have a quick glance inside. Those attempting to escape the ship will see that one poor fella (Oram, played by Billy Crudup in the movie) has already suffered the consequences. And, as you sharply turn a corner you will enter David’s lair, where you will have a chilling encounter with his ghastly creation – the Xenomorph. In the midst of complete darkness, the creature stands powerfully as it towers above you, the design connotes the same dominance that the alien has in the films, a feeling where you feel like your own heart is about to burst from your chest. 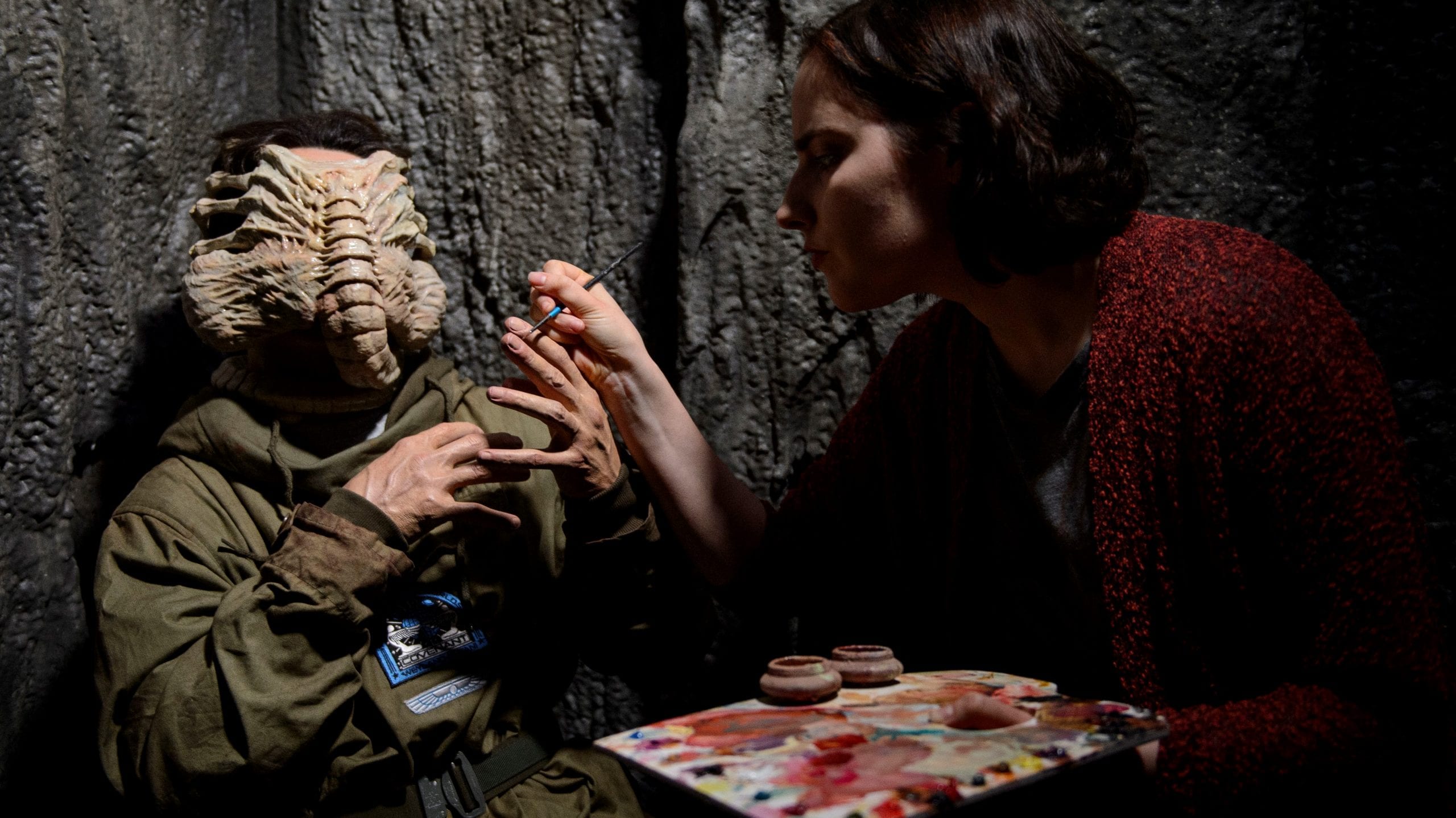 The experience is short, but from more run-throughs, you will admire the careful and exquisite work of Creature Inc. who hands down did a frightful job of the waxworks. Being a fan of Alien: Covenant myself, I instantly felt the adrenaline spreading through me as I panicked my way through the attraction, and that makes Alien: Escape the perfect experience for tourists and Alien fans.

Alien: Escape is a permanent attraction at Madame Tussauds London. Check out their website for more details and ticket pricings.

Home » Featured » (REVIEW) ‘Alien: Escape’: In Madame Tussauds Everyone Can Hear You Scream