Following the success of Grease: Live and The Rocky Horror Picture Show, Fox is setting the stage for Rent.  The musical is set to air on January 27, 2019.

Rent is set in the mid ’90s in New York City (center of the universe) where times are shitty. The AIDS crisis is in full swing and artists are… well, starving. Rent surrounds a group of friends who struggle to survive in the Alphabet City.

How are you going to measure the year, and then some, until Rent airs? Maybe in daylights? Sunsets? Midnights? Maybe even cups of coffee?

I don’t know about you, but I am so excited that I can jump over the moon!

We’ll keep you updated on casting and musical news, that’ll be announced on another day. 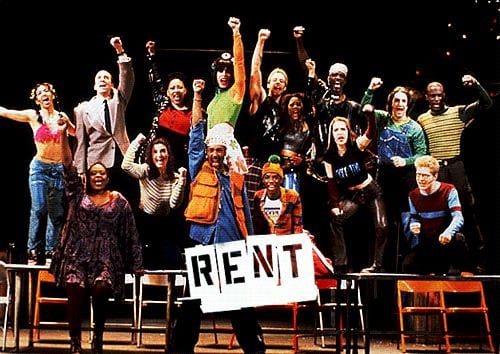