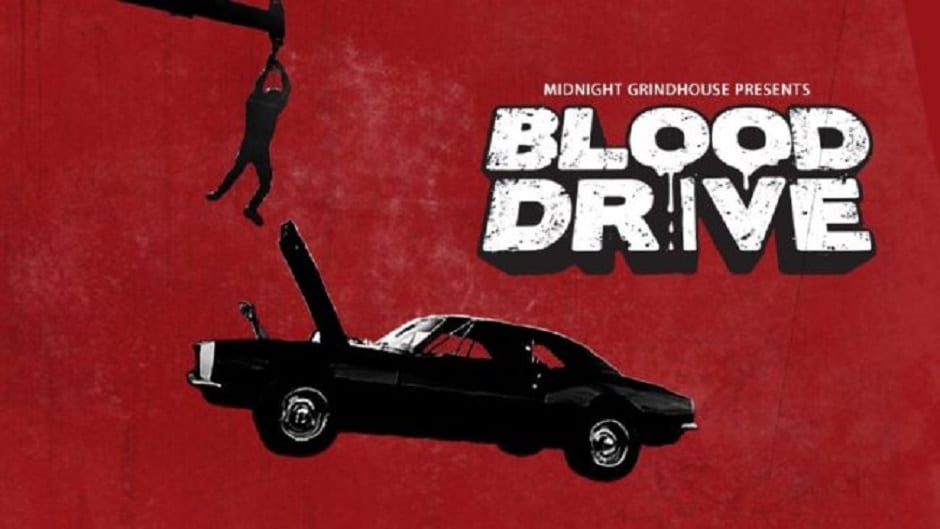 A few months ago I received a press release from Syfy, announcing their new show “Blood Drive.” I didn’t give the show much thought until I saw a trailer yesterday. It looks like “Mad Max,” meets “Dust till Dawn,” meets your favorite cult movie! If their trailer and previews are any indication it will be so bad, that it will be AWESOME!

“Blood Drive” is a high-octane scripted series in the classic grindhouse movie tradition that centers around LA’s last good cop who – after partnered with a dangerous femme fatale – is forced to join a twisted, gory cross-country death race with no way out.

Los Angeles in the near future: where water is a scarce as oil, and climate change keeps the temperature at a cool 115 in the shade. It’s a place where crime is so rampant that only the worst violence is punished, and where Arthur Bailey – the city’s last good cop – runs afoul of the dirtiest and meanest underground car rally in the world, “Blood Drive”.  The master of ceremonies is a vaudevillian nightmare. The drivers are homicidal deviants, and the cars run on human blood.

Colin Cunningham stars as Julian Slink, the nastiest creature you’ll ever dread to meet, created from an ether of pure corruption and sin. Ever the showman, Slink soaks up the spotlight as the mastermind of “Blood Drive”, an underground death race in which the cars run on human blood.

Christina Ochoa plays Grace D’Argento, a badass femme fatale and Arthur’s unlikely partner. Driven to save her sister, Grace enters the “Blood Drive” for the big cash prize that will change both their lives. But now, her once sweet heart is buried in the chest of a stone cold killer.

Alan Ritchson stars as Arthur Bailey, the hero of “Blood Drive”. With the pure white grin of a Ken doll, the morality of a Boy Scout and the street smarts of a Los Angeles police officer, Arthur is the last good cop in the city and one of the last good men in a fallen world.