We were told he was coming, we’ve seen the promo video, and now he’s finally available for download.

Jason Todd, aka Red Hood, is now a playable character in Injustice 2. If you hurry and purchase him, there is a Multiverse event that will yield some rare and epic gear.

Red Hood is an interesting fighter, and different from how I thought he would be. Known for carrying duel pistols, his easy-access combos don’t utilize the guns at all. Instead, Red Hood will attack with knives and shurikens. He is good from both a distance and up-close. To play to Red Hood’s advantages, you have to do a little bit of strategic thinking. He has the ability to throw bombs behind the opponent. They are set on a timer and massive damage can be done if you knocked the opponent near the bomb before it goes off.  Some of his more complicated combos do use his guns and are pretty cool. I’m just not very good at getting them to work yet. 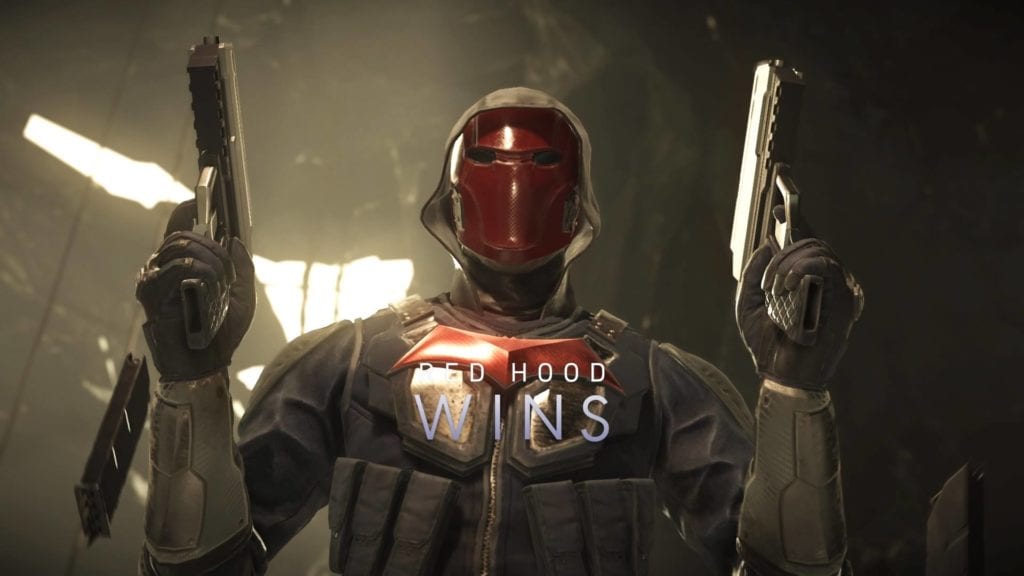 Still trying to decide if Red Hood is worth the purchase? The closest comparison would probably be to Deadshot, who is best from a distance but can still do some major damage up close. If you enjoy the evading game, Red Hood is a good choice for you. He is quicker than Deadshot, though not as powerful. I think he’s pretty cool, but he won’t end up being my go-to fighter. I’m just always up for playing any of the Bat-boys.